As I’m sure you’ve noticed on the site, we’ve been hitting the Croisette at Cannes 2013. We posted a podcast on Monday, with more to follow. I’ve also been writing capsule reviews on my phone as I’ve been chain-watching films at the festival. Here’s the first batch, covering the films I’ve watched over the last two days. 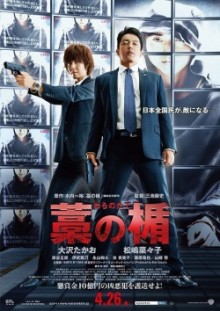 I’m baffled as to how this, Takashi Miike’s latest, was entered into the competition. It has a fairly interesting set up; a handful of police officers protect a child killer on his way to trial after his last victim’s grandfather has offered 1 billion Yen to his killer. Unfortunately it’s a cliched action thriller through and through. I wouldn’t have minded if it were actually any good though. The direction is bland, it’s at least half an hour too long and above all it’s just plain stupid. Very few of the actions of the key characters make logical sense and much of the film is downright absurd. It is played painfully over the top, from the hammy performances to the clunky dialogue and stock thriller soundtrack, but the action isn’t over the top or the tone fun enough to make this work. If this were a straight to DVD Steven Seagal movie I might have thought it was ok but for a competition film at Cannes this is embarrassing proof that they pick names over film quality for their lineup. 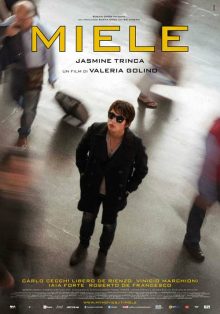 Screening in the Un Certain Regard competition, Miele is a thought provoking look at the moral implications of assisted suicide as it follows a young woman who illegally helps terminally ill patients end their days on their own terms. When she unwillingly assists a man who is not ill, but has simply had enough of life, she begins to question her work and own isolated existence. This is a beautifully made drama with a lot of meat to chew on. It could have done without a few of the ‘artistic flourishes’ when we get unnecessary shots of the protagonist staring into the sun etc, a romantic side-story doesn’t add much either and the very end is set up a little awkwardly and obviously earlier on, but overall this is a finely made and quietly powerful piece of intelligent adult filmmaking. 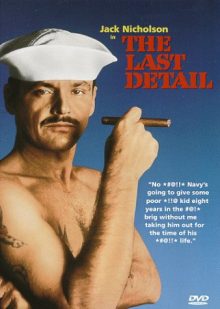 I always like to squeeze a classic or two into my time at Cannes and I hadn’t seen this film by Hal Ashby before. Starring Jack Nicholson and a young Randy Quaid, The Last Detail follows two Navy ‘lifers’ who are assigned to take a young recruit to prison after he stole a small amount of charity money. Feeling like he got a raw deal with an over the top 8 year sentence, the two men help make his last free days memorable. It’s typically free-wheeling 70’s fare which is light on plot but strong on character and realism. I enjoyed it a lot even if it didn’t get anywhere fast. The performances are very strong, with Nicholson on charismatic form and Quaid surprising as the shy inexperienced recruit. There’s plenty of snappy dialogue too although the loose sound mix makes some of the quieter and wilder moments hard to decipher. If, like me, you’re a fan of 70’s American cinema you won’t be disappointed if you give this a whirl. 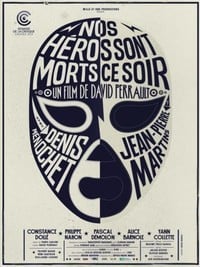 Part of the Critics Week, Our Heroes Died Tonight is a French film noir following the rise and fall of two wrestlers in the 60’s. It’s an incredibly stylish homage to the genre, with gorgeous high contrast black and white cinematography and plenty of slow motion moody dream sequences. It’s more of a nod to the French brand of noir though with a slow, ponderous pace and plenty of musing over situations. I saw this late in the evening so this occasionally pretentious tone made it a bit of a struggle to engage with, but I still quite liked it. A fairly straight forward narrative kicks in later on to stop it getting too much of a slog and it’s an original concept slickly presented. It’s rather a case of style over substance and doesn’t always work, but it’s still a solid and refreshingly unique film. 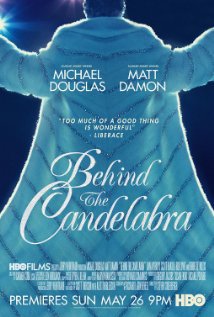 Supposedly Steven Soderbergh’s final film (for a while at least), Behind the Candelabra is a dramatisation of the final decade or so of the life of Liberace, played by Michael Douglas. Saying that, the film is really more the story of Scott, his lover at the time, played by Matt Damon. This is a handsomely mounted biopic which is entertaining and well controlled, but offers little new. The story of the central relationship in the film is nothing we haven’t seen a hundred times so it isn’t particularly compelling or exciting. I’m glad it was more of a relationship drama than a biopic though so avoids the aspects I dislike from that format. The performances are very strong too with Douglas drumming up buzz suggesting he could take the festival’s best actor award. I found Damon to deliver a more layered portrayal though as the young lover/son figure. Together the two of them keep the film engaging on top of some sharp dialogue and classy cinematography. It’s just a shame the story itself was so tired. 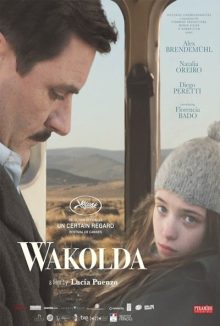 An entry to the Un Certain Regard competition, Wakolda is set in a German speaking town in Patagonia in the 60’s where a family move to reopen the hotel the mother of the family grew up in. There they attract the attention of a German doctor who holds a peculiar interest in their daughter, who isn’t growing properly. Gradually the secrets behind the doctor’s work and his dedicated supporters in the town are revealed. This is a highly effective mystery thriller with some dark themes surrounding the Nazi’s desire for perfection. The tension is slowly cranked throughout making for a thrilling experience. The finale lets things down though, ending on a revelation for the characters which was already quite clear to the audience. Nevertheless this remains quite compulsive viewing with a welcome air of mystery and darkness.