An all star Spaghetti Western, Faccia a Faccia is ripe for rediscovery as it’s a quintessential slice of Italian cowboy styling that features gorgeous widescreen photography, a great performance from the ace Tomas Milian, a superb score by the legendary Ennio Morricone and a nice dose of gunfight action. History professor Brad Fletcher (Volonte) is made to take early retirement due to poor health. Relocating to the warmer climates of Texas he is soon taken hostage by notorious bandit leader Bennett (Milian) who has recently escaped from capture. Despite being complete opposites in nature and moral standings, the two form a shaky alliance as they make their way through the harsh Texas landscape. As Fletcher helps Bennett recover from injury and even save his live on occasion, he is seduced by the life of a bandit. As he integrates himself into Bennett’s gang and takes to robbery with apparent ease, Fletcher soon finds himself having a powerful effect on the bandit gang, knocking Bennett off his respected pedestal of authority.

First off Sergio Sollima’s (The Big Gundown, Violent City) film is sumptuously shot in stunning techniscope that captures the sweaty, gritty and dirty nature of the wild west. Coupled with Morricone’s elegant score and a cast that commits whole heartedly, Faccia a Faccia is a an old school western that gives the goods, the bads and the ugly’s a run for their money. At its centre, the film is about the unlikely relationship forged between a man of education and a man who has lived a life on the edge. Through their escapades together we see a man who was once seen as civilised and educated become the mirror image of the other, as he gradually turns into a ruthless killer. The fiery relationship and transformation is convincingly portrayed by the two leads as the harsh landscape and lifestyle soon takes its toll on both of them. 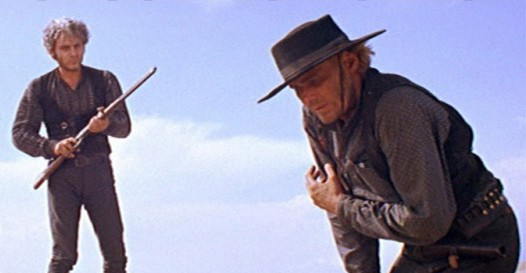 The film is very much about the two men and the effect they have on each others lives and those looking for a more fast moving and gung-ho western may be a little disappointed. While there are several violently staged gunfights (including a bank robbery that goes decidedly pear shaped) the film is much more about Fletcher’s transformation and the harsh life of a bandit as it is with the cowboys dueling with one another. An authentic slice of 60’s Italian western cinema, Faccia a Faccia may stretch its running time a little long and leave those looking for six shooter action wanting but it is nevertheless an excellent and rewarding western.

The film is out on DVD on June 20th in the UK from Eureka Video who have packed it with a lavish 16 page booklet, an interview with director Sollima, two original theatrical trailers and an impressive cleaned up widescreen presentation. 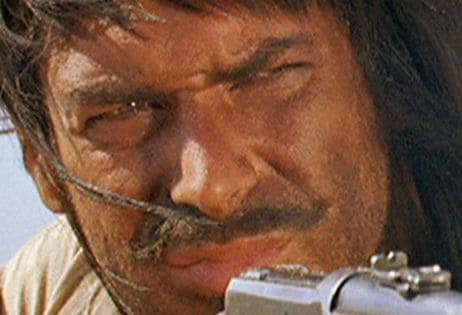