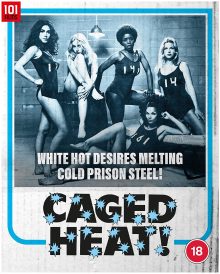 A young woman, Jacqueline Wilson (Gavin), is involved in a violent robbery with her boyfriend, but after a shoot-out is captured by the cops and later sentenced to a minimum of 10 years in a women’s prison, or correctional facility as the Americans like to call them. The audience is then introduced to a number of the other inmates including the ‘queen bee’ Maggie (Brown), who most of the inmates are scared of, and Bette and Belle who are jokers and who like to put on performances for the others. It’s at one of these sketch shows that we’re first introduced to the warden, McQueen, playing by none other than horror legend Barbara Steele. Unfortunately, the warden doesn’t take kindly to what she witnesses during the rather thrown together performance, not finding the mostly sexually-orientated jokes funny, and hence orders Bell and Bette to be punished.

It’s from this point in the movie onwards that things turn into a more typical women-in-prison exploitation movie with large numbers of shots of female nakedness, some beatings, shower fights, rape and attempted and successful escapes. However, one thing Demme does add to the mix that is absent from most other women-in-prison movies is greater depth to its social commentary. For example, one way the warden instils good behaviour into some of her charges is to permit her crazy prison doctor (and borderline necrophile!) to perform lobotomies on the more troublesome prisoners. And, if this sound absurd, it’s not too far from the truth since, apparently, in some states a number of prisoners were actually experimented on, brain-wise, to see if the authorities could manipulate offenders into committing less or no offences on release.

The final act sees our heroines, of sorts, returning to free one of their friends from the prison and, in doing so, encountering the mad doctor and wheelchair-bound warden, plus a lot of prison guards, who couldn’t hit a barn door from two metres away with a shotgun by the looks of it. Will they break out a second time, or will they die trying? I’ll let you find out for yourselves…

It has to be said that Caged Heat is a well-made film with some decent acting, for the most part, and plenty of titillation for those audience members who need it. The music score by John Cale works well with the visuals, and, as long as you don’t freak out at the sight of speculums and pubic hair, you’ll be fine and enjoy the ride! We also get to see some ‘sex wrestling’ on what looks like a water-bed, which is amusing to watch, particularly when the girl ends up bashing the guy (an undercover cop) on the head with a chair at the end. 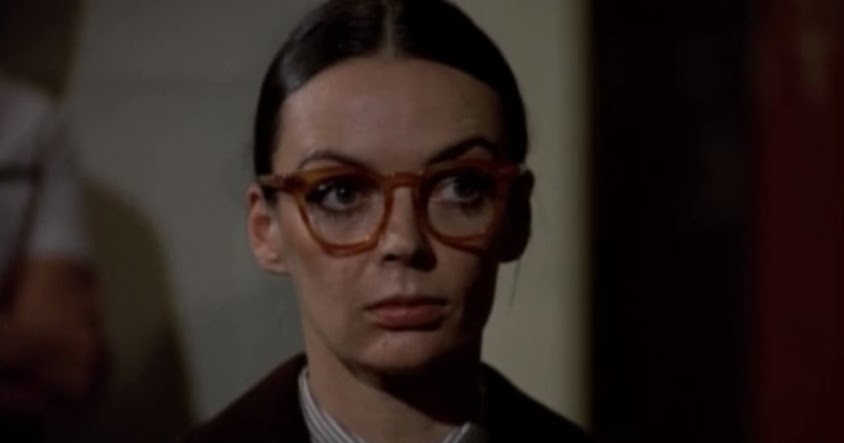 Demme does well keeping things real, with plenty of gritty authenticity throughout, and he’s to be commended for producing quite an interesting script too. I liked that the ‘shoot-first, ask questions later’ kind of mentality that a lot of Americans seem to have comes unstuck towards the end of the film, with guards ending up shooting their own people at times; by accident, not by design, it must be said.

Overall then, Caged Heat ticks all the boxes that your typical women-in-prison flick does, but also several more, making it definitely one to watch. The version here, presented by 101 Films, looks and sounds good too, a big improvement on previous releases of the film. 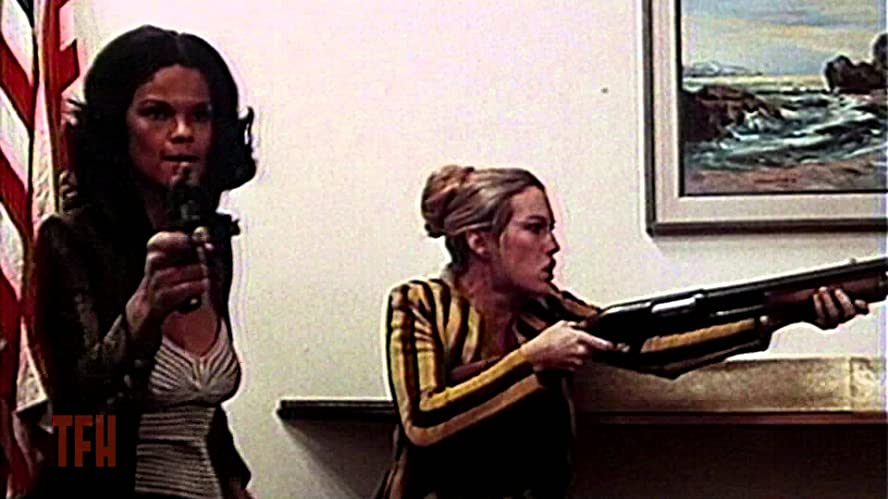 Caged Heat is being distributed by 101 Films on Blu-ray. There are a number of extras on the disc including:

Audio commentary with director Jonathan Demme, Director of Photography Tak Fujimoto and actress Erica Gavin. The three chat amicably about the production and drop in plenty of fun and interesting anecdotes. Apparently it was a four week shoot – of mostly one takes, the cop at the beginning was their production manager and actress Rainbeaux Smith, who plays Belle in the film, sadly died quite young.

Movie critic Leonard Matlin interviews Roger Corman (5 mins) – This all too brief interview sees Corman talking about the production, everything from the marketing campaign to his thoughts on director Demme, who he thinks is one of the greatest directors currently working today. The interview is backed up with shots of cool posters and clips from the film and others that are referenced.

Theatrical trailer – (2.58 mins) – A rather over-the-top trailer, particularly the voice-over, although with lines like “Caged Heat – it must explode!” you’ve gotta smile! 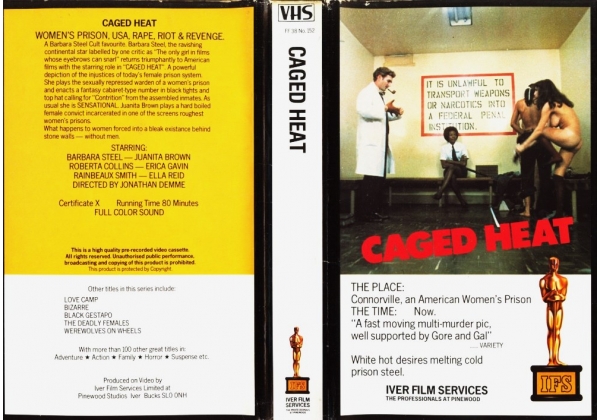