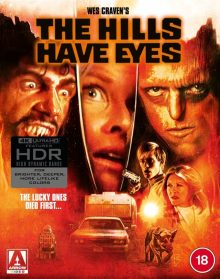 Before making a name for himself with the career defining hit A Nightmare on Elm Street, director Wes Craven made a series of lower budgeted genre films and TV movies, from bizarro comic book adaptation Swamp Thing to Deadly Blessing, an odd Amish-sploitation horror starring Ernest Borgnine and a very young Sharon Stone. But it is his first two horror pictures that have become possibly his most notorious, both very different examples of the revenge horror subgenre – 1971’s The Last House On The Left and 1977’s The Hills Have Eyes. 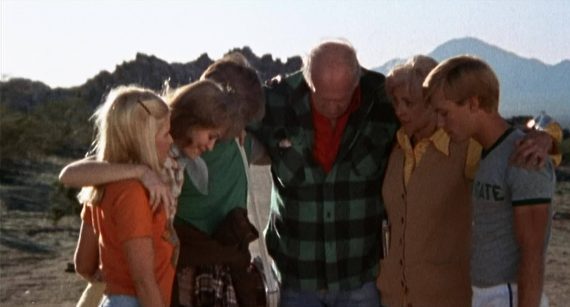 The Last House On The Left still stands as a very uncomfortable film to watch, despite having dated very poorly – the tale of two girls rape and murder at the hands of a savage gang, Last House is as grimy an exploitation flick as you can get. Craven famously had no interest in the genre and, when asked to write a horror screenplay, simply knuckled down and wrote the most horrifying thing he could imagine. While Last House remains a difficult film to watch, however, The Hills Have Eyes, Craven’s next mainstream feature, shows a very different side to the director and is a film that hints at many of Wes Craven’s trademark flourishes he would bring to his later films.

The Hills Have Eyes is a much more standard B-Movie horror than Last House, essentially the story of a clash between two families. First we have the Carters, an All American family taking an extended break across the country in their camper van with their two dogs. When their camper van crashes in the desert they come face to face with the family of Jupiter, a mutated man (who may or may not have been the result of the effects of radiation) who hunt them down with the intention of killing them, stealing their stuff and eating their baby daughter. 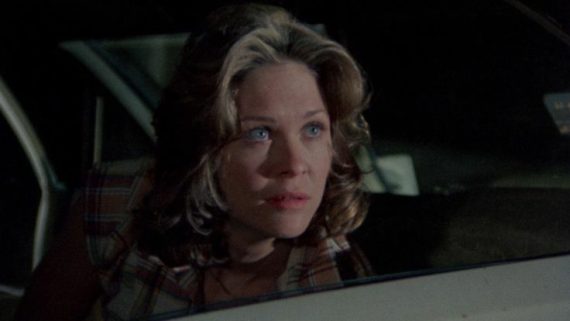 The premise is a simple one but Craven does well to build the tension in the story, keeping Jupiter’s family largely an unseen presence for the first half of the film and keeping the violence to a relative minimum until the intense final act. It’s interesting, though, to see Craven start to play with those ideas that would inform his later work, from well fleshed out villains in the Jupiter’s to putting the younger members of the family at the forefront as not just victims but also as protectors and saviours, concepts that he would later play with in A Nightmare on Elm Street and Scream in particular. Indeed the rogues gallery of Jupiter’s family with their mutated appearance feel like Craven landing between the vicious grotesqueries of Tobe Hooper’s The Texas Chainsaw Massacre and his own, more pantomimic Freddy Kreuger; and, as he did for Robert Englund in Nightmare, Craven’s casting of Michael Berryman in the role of Pluto arguably gave the actor serious genre credibility as well as giving the film its bonafide poster boy.

The Hills Have Eyes has in many ways aged fairly well (with the possible exception of Carter family patriarch Big Bob’s casual racism and misogyny, although this is thankfully limited to a single scene) and remains a great and tense film. This 4K release from Arrow only elevates that with a lovely HDR transfer and a gorgeous UHD image that enhances the already present film grain to give the picture an even grungier quality. Despite its low budget, it’s well worth a watch for horror fans and is clearly the film that paved the way for Wes Craven to become the genre director he is remembered as today. 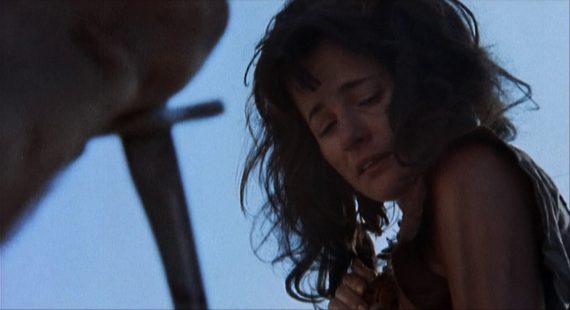 While these are the same features from Arrow’s 2016 Blu-Ray release, they are presented here in 4K, so owner of that original set will have to weigh up whether the upgrade is worth it. They are a great set of supplemental material, however, and seeing Craven talking with such enthusiasm in the documentary included is a particular treat, with the late director coming across as a genuinely nice guy. As well as the on disc features, the included postcards and poster, showing different versions of the films promotional material from various international releases, will be a great addition for fans.