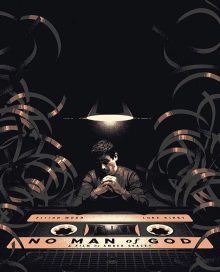 Our thirst for murder and serial killers seems to be unquenchable. Even though these men (and they are, the vast majority of the time, men) commit some of the most brutal and cruel acts it is possible to inflict upon a fellow human being, our desire to study and learn about their crimes, as well as the motivations behind them, is as popular now as it has ever been. From Netflix specials to the proliferation and popularity of true-crime podcasts, our desire to absorb ourselves in some of the darkest aspects of human nature shows no signs of abating. Yet it is not just us; no matter how heinous the acts, writers, directors and actors are likewise drawn towards these dark, unremitting orbits again and again and again.

No Man of God, a new film focusing on the American serial killer Ted Bundy, is the latest example of our continued preoccupation with murderers and killers (and even with Bundy himself, with No Man of God following hot on the heels of Zac Efron vehicle Extremely Wicked, Shockingly Evil and Vile as well as Netflix’s documentary The Ted Bundy Tapes).  Yet the film, from British director Amber Sealey, is unusual in that it sets itself up with two rather unique challenges. Firstly, it attempts to present a portrait of a serial killer without showing any of their actual crimes while at the same time trying to depict a degree of humanity (or at the very least offer a form of balance) in regards to one of the most despicable and infamous serial killers of the twentieth century. 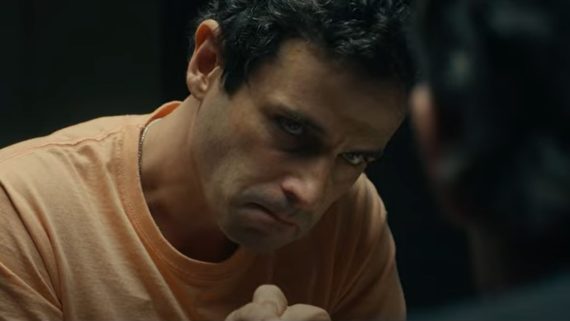 Anyone who is a fan of David Fincher’s tragically cancelled Netflix show Mindhunter will find a lot to like here, as No Man of God takes that show’s central selling point (interviews with famous serial killers!) and expands it out into a feature length film. Based on a true story, it depicts the relationship between FBI analyst and profiler Bill Hagmaier (Elijah Wood) and Ted Bundy (Luke Kirby) during the latter’s final years on death row. Hagmaier and his superiors are desperate to glean as much information from Bundy as they can, hoping to clarify not only the full extent of his crimes, but also to shed some light on his motivations, finding answers that may help the families of his victims. Yet how much is Bundy prepared to give away? And, with his death sentence fast approaching, is Bundy yet again attempting to trick and manipulate people for his own personal gain? 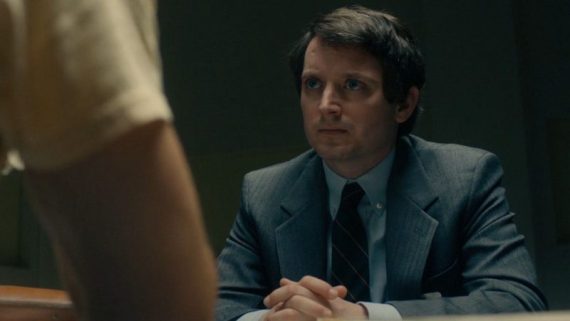 Written by C. Robert Cargill (under the pseudonym Kit Lesser), who, after penning the Sinister films, has decided to tackle a real life horror subject, No Man of God is structured around several long interview scenes. Cargill does a fantastic job with the lengthy dialogue and slow pacing, carefully building up the relationship between the two leads and skilfully layering tension and suspense as the date of Bundy’s execution looms ever closer. A chilling point to note is that Cargill actually utilises the real life interview transcripts, interweaving them into his dialogue. It ensures that the film never feels histrionic or over the top and is instead grounded in a reality that is as disturbing as it is mundane. 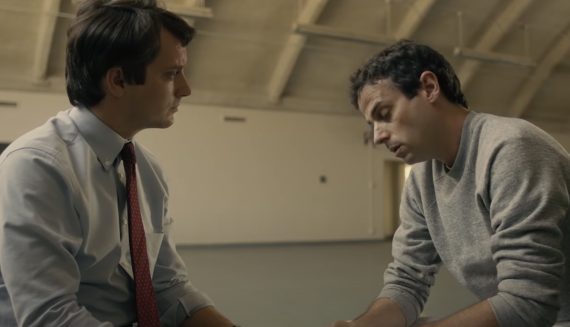 This sense of realism and authenticity extends to the film’s two leads. Wood has the less showy and interesting role here but he nevertheless ensures that his FBI profiler is consistently engaging to watch, capturing with skill and nuance Hagmeir’s internal conflict as his interest in Bundy occasionally morphs into something beyond the professional. Yet it is Kirby where most of the interest will be focused – luckily he delivers. His Bundy, while less openly charming and charismatic than the real life killer, still commands a dark magnetism and his sense of subtle manipulation is chillingly evoked. Aleksa Palladino plays Bundy’s lawyer and although she is given far less screen time than the male leads, she still manages to make an impact as we see her deal with the moral conflict brought on by defending such a man. 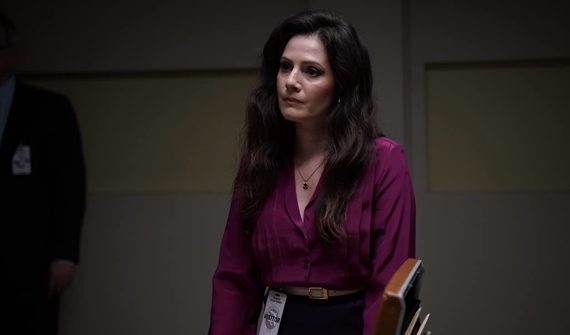 For a film that is predominately based around a series of interviews, there was a real danger that No Man of God would swiftly grow stale if not tackled with at least some degree of imagination. Thankfully Sealey keeps the film visually interesting throughout, utilising a variety of filming and editing techniques for each interview that manages to add some visual flare while never loosing sight of the drama that bubbles away at their core. 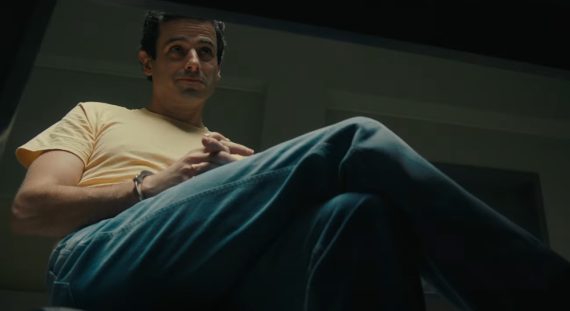 In a film that is so focused on men, it would be easy for Bundy’s victims, all woman, to be forgotten, especially since the script for No Man of God never calls for flashbacks to Bundy’s crimes. Yet Sealey manages to mitigate this in one bravura moment towards the latter half of the film. While Bundy is being interviewed by a TV crew for a naive evangelist, Sealey’s camera drifts past the two men talking to focus solely on a female crew member. Bundy’s voice, asking for forgiveness, carries on out of sight as Sealey slowly pushes closer, the woman’s fear and revulsion gradually breaking through her attempts at professional ambivalence. In one simple yet devastating moment, Sealey ensures that the audience doesn’t forget Bundy’s crimes against innocent young women.

The above is an example of why No Man of God should be applauded on many levels. It is a dark, intimate and intense film that attempts to show the human side of monstrous evil, proving that the men behind these crimes aren’t just two dimensional bogey men. It is unafraid to trust in its audience’s ability to sit through a film mostly made up of interview scenes that take place in the same room and it captures those scenes with skill and verve.

Yet, for all the talent that has gone into the writing, filmmaking and performances, No Man of God arrives at a time when interest in true crime seems to be at a peak. For a film with so many words, that debates everything from the death penalty to the nature of evil itself, it is hard to figure out just what it is trying to say or if it is indeed offering anything new to the conversation. It doesn’t tell us anything we didn’t already know about Bundy (Netflix’s Conversations with a Killer: The Ted Bundy Tapes covers much of the same ground and in more detail) nor about the nature of evil itself, even when it is presented at its most sickeningly mundane (Bundy killed simply because he wanted to). For the target audience that might be drawn to this kind of material, No Man of God doesn’t really offer much in the way of originality or fresh insights and on that level it is hard to wholly recommend…yet for anyone else who usually doesn’t like to confront the darker side of human nature, you’ll find lots to ponder over and keep you up at night.

No Man of God is being released on Blu Ray via 101 films. The film itself has washed out 70s palette so don’t expect the visuals to pop. The picture quality and encode are great throughout though, with no evidence of nasty macro-blocking appearing in the shadowy areas of the interview room. The sound, absolutely crucial for this type of film, is clear and sharp with with problems regarding the clarity of the dialogue.

The only extras on the disc are three interviews – one with Wood, one with Kirby and one with Palladino. In trying to keep with the aesthetic and tone (I’m guessing here, as I can’t conceivably think of any other reason) each interview is presented in incredibly rough form – we’re talking single takes with lots of preamble and pauses, ungraded pictures and echoey sound. While it is certainly interesting to see the kind of chat that occurs before and after standard EPK interviews, there is a reason why it is usually cut out. For example, do we need to hear Luke Kirby chatting about mountain climbing and his work out regime with the interviewer for several minutes before he discusses the film?

Regardless of their rather bizarre presentation, the interviews themselves are interesting to watch. Wood and Kirby get the longest screen time, with a 30 minute and 40 minute interview respectively. Wood offers the more confidant and engaging interview, while Kirby comes across as shyer and more awkward. Both offer lots of info about the process of working on the film and their thoughts on their characters. Palladino only gets a 10 minute interview, where she discusses her character and the importance of a female role in such a male dominated story.