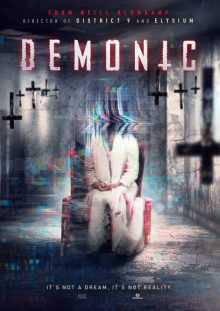 Plagued by terrifying dreams, Carly is drawn into the strange world of a medical research group who allow her to reconnect with her estranged mother, unknowingly unleashing a terrible force.

I think there are few sci-fi fans who would argue that Neill Blomkamp’s feature debut, 2009’s District 9 is anything short of a masterpiece. Taking a slim budget and a fantastic knowledge of visual effects, Blomkamp (alongside producer Peter Jackson) crafted a story not of an alien invasion, but alien refugee’s settling in the slums of Johannesburg. Drawing from the social influences he witnessed in the city growing up, Blomkamp painted a vast picture of racial tensions and persecution with a fabulously realised visual effects driven backbone, and made a star out of former computer technician Sharlto Copley. Blomkamp followed this with Elysium and Chappie two films that received far cooler critical acclaim but continued to show a filmmaker willing to not only push the visual effects envelope but also to try and bring social themes into the science fiction genre. 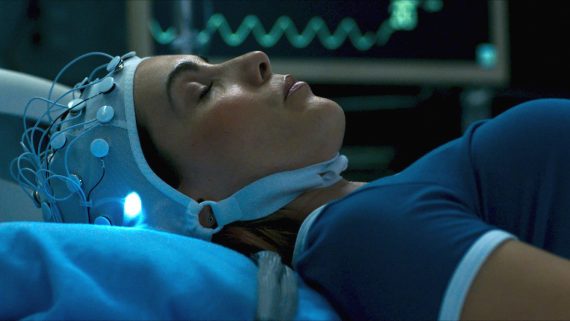 After several years worth of failed projects (including an adaptation of the videogame Halo, as well as sequels in the Alien and RoboCop franchises) and acclaimed, experimental short films, Blomkamp returns to feature films with 2021’s Demonic, a film that many genre fans will be anticipating and that many will sadly find to be an incredibly disappointing experience.

From the first frame of the film, Demonic feels very different to the directors former work. Clearly lower in budget and stripped back with a slim cast and far more locked off camerawork; where you’d expect creativity and invention in every frame of the film instead the visuals are, for the most part, flat and lifeless with the first half of the story largely populated by talking head scenes layering on exposition instead of story. This stiff filmmaking is largely likely to be the product of the films production, written and shot as it was during the Covid-19 pandemic, but it is nonetheless jarring given the director’s pedigree.

The film presents itself more in the vein of an indie horror piece and Blomkamp has stated in interviews that he was hugely influenced by films like The Blair Witch Project and Paranormal Activity, but where those films took their low budgets and crafted original premises from their restrictions, Demonic simply feels hamstrung by a lack of money and too many half finished ideas. The script skips around concepts of familial estrangement, demonic possession, millitant priests and virtual reality with wilful abandon, never really settling on one genre that it can truly let shine in the story. 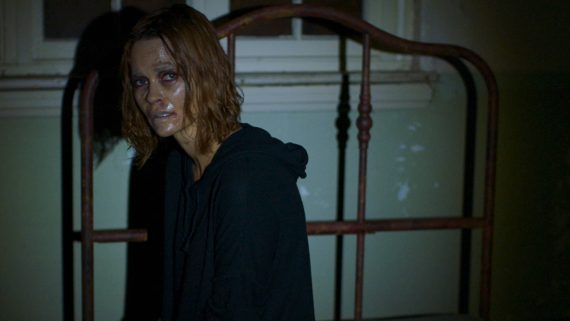 Visually it’s the latter idea that leads to some of the most engaging scenes, as Carly is drawn into a virtual world to converse with her comatose mother. Filmed using multi camera volumes to effectively create a three dimensional piece of footage that the filmmakers could manipulate, the “real yet digital” appearance of the actors in these scenes is quite striking, almost painterly as they move with glitchy, stuttering edges through visually surreal representations of the world. Yet the script never gives these sequences particular agency or reason to exist other than being an exercise in shooting actors with this technology, and the VR strand of the story ultimately goes nowhere, paving the way for a bland and uninspired finale.

A further mark down for the film is its largely uninspiring cast who never seem to know what they’re really meant to be doing with the material, often drifting through scenes from one line of dialogue to the next, never really selling the messy story. While many of the actors have had smaller roles in Blomkamp’s previous films, the lack of a big presence like Sharlto Copley in the cast is acutely felt. Stand out for me, though, was Terry Chen, a character actor who some viewers may recognise from shows like Netflix’s Jessica Jones who’s initially timid seeming technician character features heavily in a pivotal mid story twist that teases a more action heavy finale, however both the character and related plot points are then criminally discarded.

In fact, underused sums up a lot of Demonic. Neill Blomkamp has proven himself to be a visually inspired director with some good ideas, however Demonic may be proof that he needs a larger studio with better production steer like Peter Jackson behind him to be able to truly realise that on a large scale. There are some great ideas in the script and some visually inspiring moments with the volume shot scenes, but the film is ultimately flat with a story that throws too many half baked ideas at the screen and never manages to come together in a captivating way. Perhaps it’s the situation surrounding its production, being hamstrung by the limitations of filming during a global pandemic, perhaps its vision was more than its meagre budget would allow, but for fans of Neill Blomkamp, Demonic cannot help but disappoint – let’s just hope he once again has the opportunity to bring a grander vision to the screen. 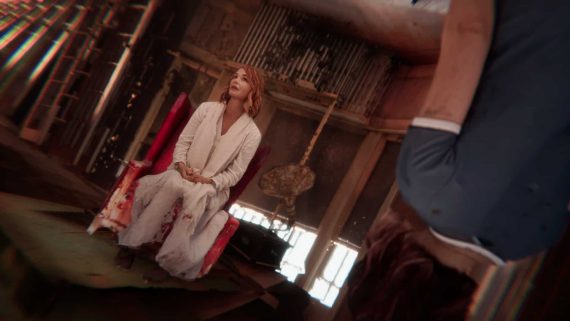 Far too uneven in tone and atmosphere with undercooked performances, Demonic’s unpolished story meanders between ideas, never really settling on a genre or consistent plot. The technology it uses for its VR sequences and several of its more intriguing ideas deserve to be in a far better film than this.