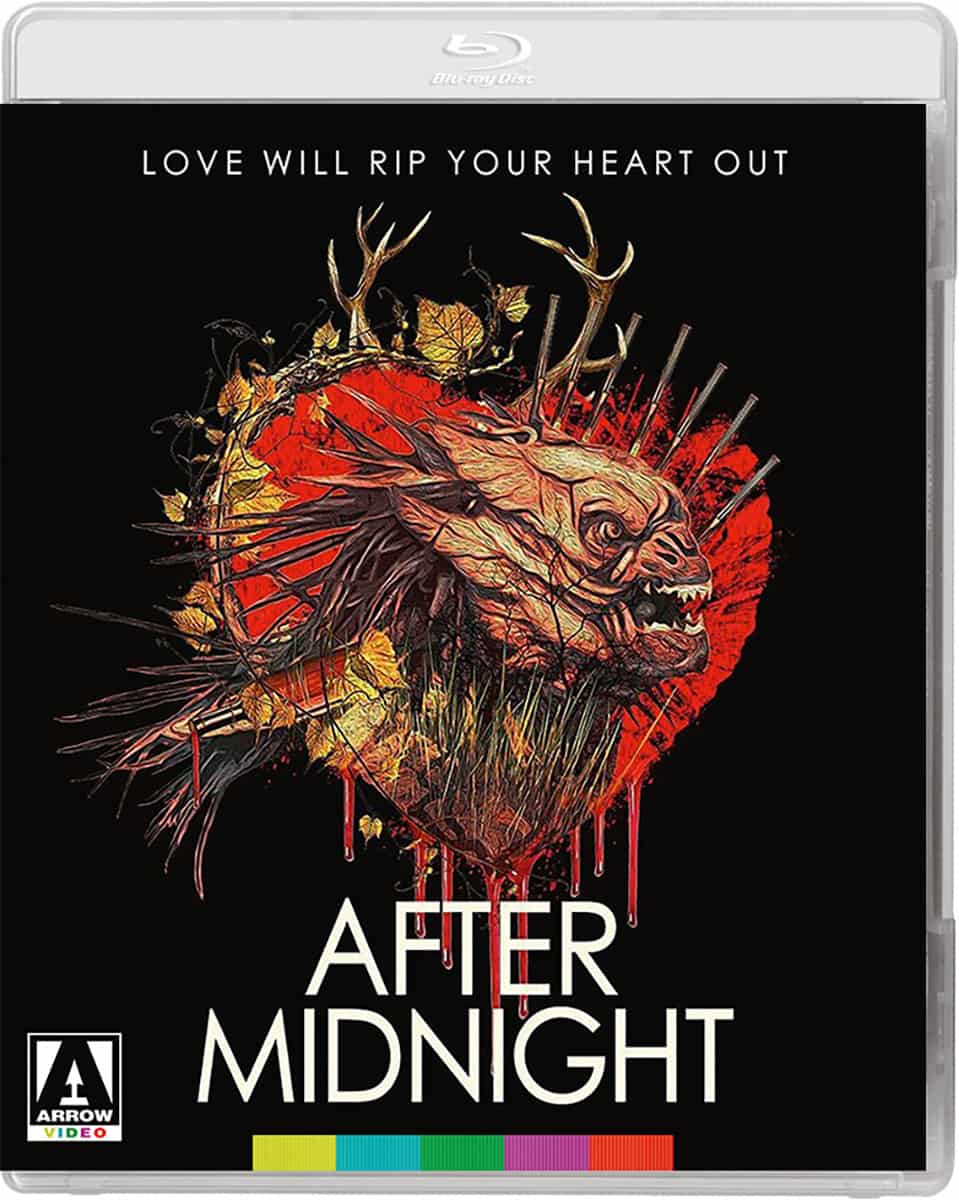 After Midnight is another one that I need to be careful about for fear of causing spoilers. It’s an absolute delight, even the “off track” pieces are done on purpose. I’ve gone and said too much already. It’s directed by Jeremy Gardner and Christian Stella, who are also responsible for Tex Montana Will Survive ! and one of my faves The Battery. It’s got a star-studded cast including Jeremy Gardner (Bliss, The Battery), Brea Grant (A Ghost Story), Justin Benson (The Endless, Synchronic), and Henry Zebrowski (The Wolf of Wall Street). Since seeing The Battery at Dead by Dawn horror film festival I’ve been interested in seeing more of Jeremy’s stuff, and it has been worth the wait. This is an interesting concept which changes direction continuously and may leave you wondering what the heck went on but in a good way.

Rustic Films presents After Midnight with its quirky vibe immediately apparent. Opening with strong cinematic imagery and rich colour, Hank (Jeremy Gardner) and Abby (Brea Grant) relax with not a glass, but a jar of wine. The story leaps backward and forwards and we discover, after ten years of being together Hank wakes up alone to a note, supposedly left by Abby. Hank turns to drink in a desperate attempt to cheer himself up. However, his women problems turn into insignificance as a monster makes an appearance on the scene. Each night something visits Hank’s house and claws at his door.

The situation worsens and Hank contacts Abby’s cop brother Shane (Justin Benson) and chum Wade (Henry Zebrowski). There’s no sign of the monster when they turn up. Which makes his reinforcements start to think that Hank is losing the plot. Without the support that he needs Hanks sinks deeper into paranoia and depression.

We jump forward from relaxed romantic moments to Hank blowing a hole in the door. A very sparse note is left by Abby. The tale catapults back again to Hank giving Abby a kitten as a present. Next moment Hank is shooting at a car and he is left trying to cope on his own as the bills pile up. Hank is sure he is being visited by a monster each night. After Midnight will leave you unnerved and confused. It’s nicely directed by Jeremy and Christian, with Jeremy also taking on the lead role. It’s about relationships and monsters. The big question is, could the monster be real, or is it imagined.

The parcel of extras with this film is astounding, especially because it contains The Battery on Blu-ray, which on its own is enough to make you want to grab this cinematographic gem.

– Limited to 2,500 units
– High Definition Blu-ray™ (1080p) presentations of After Midnight and Jeremy Gardner’s first feature, The Battery – available on Blu-ray for the first time in the UK
– Optional English subtitles for the deaf and hard of hearing
– Reversible sleeve with a choice of artwork designs
– Reversible fold-out poster
– Limited edition collector’s booklet containing new writing on After – Midnight by William Dass and an archive piece on The Battery by Jeremy Gardner

DISC ONE: AFTER MIDNIGHT

– Original stereo audio
– Audio commentary featuring writer, director and actor Jeremy Gardner, producer and actor Adam Cronheim, and director of photography Christian Stella
– The Making of The Battery, feature-length 90-minute documentary on the making of the film
– Featurette on the music of The Battery
– Outtakes
– Theatrical trailer

Jeremy’s film is instantly intriguing and enthralling. Abby’s sparse “Dear John” letter posses many questions. The strange content of the note certainly makes you realise her reasons for leaving are very unusual. After Midnight is very cleverly shot, giving clues and sucking you further into the contorted plot with each new revelation. Ultimately leaving you to piece the jigsaw together as questions race through your mind. You can find out what’s going on very soon, as release on Blu-ray is imminent. Otherworldly cinematography nicely supports the sense of mystery which permeates every pore of this tale. After Midnight is released on the 8th of June 2020. The Blu-ray disc I reviewed was of superb quality with sharp audio and visuals, perfectly complimenting the vivid cinematography. It’s highly recommended.