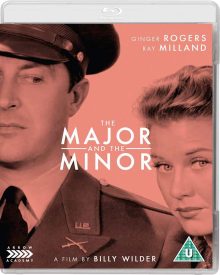 Billy Wilder started his career as purely a writer, working in Germany for a few years before leaving the country due to the Nazi Party gaining power (he was Jewish). He briefly lived in Paris where he co-directed Bad Seed (a.k.a. Mauvaise graine) with Alexander Esway, but soon after (before the film was even released) made the move to Hollywood, along with a number of his Jewish-German contemporaries. Here he went back to his job as a writer, often paired with Charles Brackett, delivering some great scripts, including one for Ernst Lubitsch’s classic Ninotchka. After a while though, Wilder became fed up with directors altering his work or making a pig’s ear of it, so talked the studio bosses into giving him a chance to direct. They agreed, and Wilder delivered The Major and the Minor, the first film credited to him as sole director and once again co-written by Wilder and Brackett. It was successful enough to grant him further work and so began an incredible career as a writer/director, which included titles such as Some Like it Hot, The Apartment, Double Indemnity, Ace in the Hole and Sunset Boulevard, to name a few. The Major and the Minor is less well known than those classic titles, so I was curious to see how it stood up against them when Arrow Academy announced a new Blu-ray release of the film.

The Major and the Minor has a fairly ridiculous premise. Susan Applegate (Ginger Rogers) is a country girl who moved to New York to find fame and fortune, but after endlessly jumping between dead-end jobs for a year, getting harassed by every man she came across, she decides to pack up and go back home to Iowa. However, the money she’d kept aside for the train fare isn’t enough, as the prices have gone up. Determined to escape the Big Apple, she decides to dress up as a 12-year-old so she can get on at half fare. She just about gets away with it, but ends up having to stay in a sleeper car with the well-meaning and short-sighted Major Philip Kirby (Ray Milland) to hide from the train conductors. A series of misunderstandings, mixed in with the web of lies Susan is having to spin, cause her to end up staying with the Major for a few days at the military school in which he works. She’s desperate to either tell the truth about her age or escape but is convinced to stay and keep up the charade to help Lucy Hill (Diana Lynn) break up the proposed marriage between the Major and her scheming sister, Pamela Hill (Rita Johnson). Helping keep her there is the fact Susan (or ‘Susu’ as she names her younger alter-ego) is falling in love with Kirby, who in turn is developing a strange connection with the woman who he thinks is a young, innocent girl. 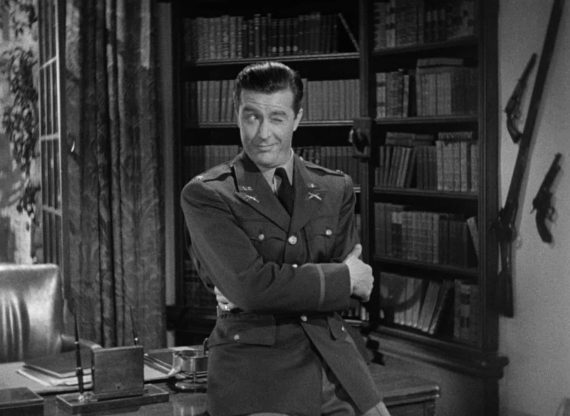 On paper, with modern attitudes towards the treatment of women and a stronger fear of paedophilia, the film’s concept seems a little disturbing and I doubt it would have much chance of getting greenlit or released today, particularly by a major studio. However, it’s a testament to Wilder’s great skill as a director and writer (alongside Brackett) that the film still feels so light and enjoyable, never veering into bad-taste or creepy territories. It helps that a breezy tone is maintained, avoiding any lewd or vulgar humour that might have elicited disgust, given the subject matter. The only scene that gets a little bawdy is the opening, but here we are watching Susan get sexually harassed by a customer and Wilder makes sure the scene is driven by her disgust and frustration at what is happening, revelling in the revenge she takes at the end.

Speaking of Susan, one of the film’s other major assets, alongside Wilder, is Ginger Rogers. She’s known largely as half of a dancing double act with Fred Astaire, but she’s a wonderful actress in her own right. It’s a tough role, with her often having to switch between characters – not only her Susu persona but several others in key sequences. In a scene at the end, she even impersonates her on and off-screen mother Lela E. Rogers. Comedy is hard to do at the best of times, but she really outdoes herself here. Milland is very good too as her co-star, having fun as a lovable, slightly clueless character, though it’s Rogers’ film from start to finish. 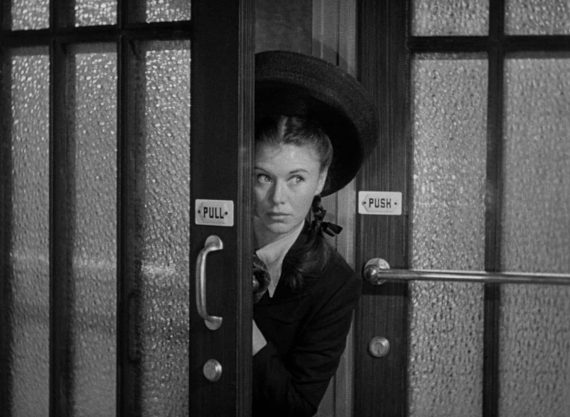 The Major and the Minor isn’t just throwaway fluff either. It has a message to give alongside its risqué undertones, albeit one that’s not necessarily relevant today. An opening caption sets the film in early 1941, before Pearl Harbour, and the main drive of the plot to ‘save’ Kirby from his fiancé is the fact that Pamela is scheming to keep the Major from heading to the front lines, where he longs to be, to fight for his country. So the film acts as a kind of ‘thank you’ from Wilder for America deciding to join WWII and help drive out the Nazis.

That’s pretty much in the background though. The Major and the Minor is a comedy first and foremost and, as such, it works a treat. There are sharp zingers a-plenty and the game cast deliver them effortlessly. The film’s structure and narrative is carefully constructed and orchestrated too, allowing a frankly preposterous concept (Rogers does not look 12 for starters) to smoothly race along without question.

So, all in all, it’s a highly successful early effort from Wilder. It may not quite have the bite of his some of his later work, but it’s undoubtedly a top-notch comedy that’s still a treat to watch, despite the questionable nature of its subject matter. 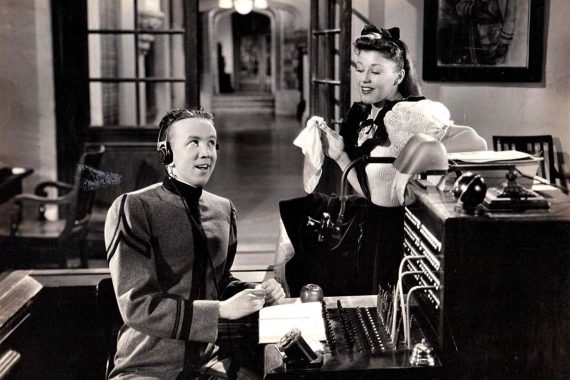 The Major and the Minor is out on 23rd September on Blu-Ray, released by Arrow Academy. The picture suffers from a little damage in the form of lines on the screen, but generally, it’s a decent transfer.

The commentary spends most of its time dissecting the techniques used to make the humour and story work so effortlessly. It helps you appreciate the craft that goes into a seemingly lightweight comedy like this, though it’s quite a dry, academic approach that might not appeal to everyone. Sinyard’s appreciation is an enjoyable and well-informed piece and the interview with Milland is fantastic. He’s a wonderful speaker and has some engaging anecdotes about his illustrious career. The radio adaptation is a nice addition too. I didn’t get a copy of the booklet to comment.