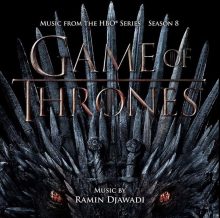 The long awaited final season of Game of Thrones (G.O.T ) concluded with a flourish and it’ll probably be remembered as a fitting end to a most amazing saga the likes of which has never been seen on TV. Among the many ingredients that make G.O.T so awesome is the incredible soundtrack, helmed by Ramin Djawadi, which provides a spectacular sonic backdrop to the sweeping stories of the seven kingdoms of Westeros and beyond. Not surprising, with an unprecedented audience of over 9 million tuning in to the final episode in the US alone, the series and accompanying music has been seen and heard around the globe in record breaking numbers. After all, it is clear that this series has probably changed television for good. The following are some of the tracks grouped according to specific themes.

Majestic theme
The “Main Title” (track 01) is itself already a cultural phenom with instant recognition wherever it is heard, even perhaps most annoyingly on ringtones. The style of composition, instrumentation, pace and drama is indeed a masterpiece designed for a masterpiece. The same theme is used in “A Song of Ice and Fire” (Track 32) complete with actual song vocals. Track #3 “Arrival at Winterfell” continues the theme in majestic form as the Westerosi armies arrive in Wintefell for the final battle against the Night King at Winterfell, ancestral home of House Stark. “Into The Fire” (Track #20) and “Be With Me” (Track #26) are just as sublime. Highly recommended.

In contrast, the soaring score for the eponymous “Flight of Dragons” is a study in pure high flying exhilaration, as the two remaining House Targaryen dragons take to the skies bearing the last heirs and incestuous star crossed lovers of that fateful house.

Horror theme
Track number 13, “The Night King” is awesome in its rendition of pure, unrelenting, power exuding from the master villain of the saga. Like a glacier, his army of undead, reanimated white walkers come streaming into the seven kingdoms intent on sweeping all away before him. The music embodies the icy stillness of the supernatural evil entity that has risen against the world. In a similar vein “The Dead Are Already Here” (Track #8) is also full of undead menace.

“Rains of Castermere” (Track #2) is perhaps most infamous for the horrific scenes of the Red Wedding episode it so eloquently portrayed. Serj Tankian’s vocals in this version raises it to epic proportions.

Melancholy theme
“Jenny of Oldstones” (Track #6) is so full of sadness and longing that the choral voices almost make it a funeral dirge. Equally sad is the lonely violin voice of “Farewell” (Track 16). “You Have a Choice” (Track #29) reflects the sad choice facing Jon Snow at the end.

Suspenseful theme
The Long Night Parts 1 & 2 (Tracks 11 & 12) represents the gut wrenching suspense as the armies await the battle of Winterfell. “For Cersei” (Track #21) is quite possibly the saddest piece, of music on the album. My favorite track “Not Today” (Track #15) is amazing in its simplicity, movement and emotion.

Martial Theme
The Last War (Track #19) is Martial music at its best. Loud of voice and vigor it provides suitable accompaniment to full on mayhem, alongside moments of stillness and suspense, and back again.

In summary, everything about the GoT Season 8 sound track, just like the series itself, is game changing, super sublime and in sync with the enormity of the story it tells. Perfection!