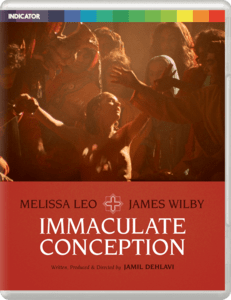 Writer/director Jamil Dehlavi returns from a five-year hiatus after the very well received Born of Fire with another production that explores religion and cultural identity.

Set in 1988 Pakistan, wildlife conservationist Alistair (James Wilby) and his Jewish American wife Hannah (Melissa Leo), who is the daughter of a US Senator, have broached every option possible to conceive a child until they are directed by their photographer friend Samira (Shabana Azmi) to visit a local fertility shrine run by eunuchs. When their visit bears the fruit of a child the couple is ecstatic, but the eunuch’s motives are not innocent and the couple’s lives are very much in danger.

When released in 1992 Immaculate Conception’s topics made it a tough sell. Sadly much like many of Dehlavi’s films it had a limited physical format release, resulting in only a sparse DVD release in 2010 since its theatrical release. Franco-Pakistani Dehlavi has kept a critical opinion of Pakistan throughout the film though, being exiled from your country due to your views and films will probably do that. However, when asked about this level of critique in his films following his exile, he disagreed with the idea that the films had political intentions and based much more of the opinion on his intuition, whether that was his intuition to how he thought others around the world or in Pakistan felt towards these subtopics at the time or how simply when he got behind the camera and began writing the scripts that it became natural to let his underlying thoughts be explored is hard to pin down, but he does provide the ambiguity of the intentions of the features to be political to the viewer.

Dehlavi knows that the only way to view his films in Pakistan is via an underground scene and even then, that is quite unlikely. Which is, of course, a terrible shame as Dehlavi has always been a great voice and in fact, one of his nations best directors, the excellent The Blood of Hussain is a great example of the work he can do (which had to be smuggled out of Pakistan to complete the editing process). As far-fetched as Immaculate Conception gets with its story and surrealism, under the surface it remains a personal film for Dehlavi and when understanding his own relationship with Pakistan it becomes all the more important to watch. 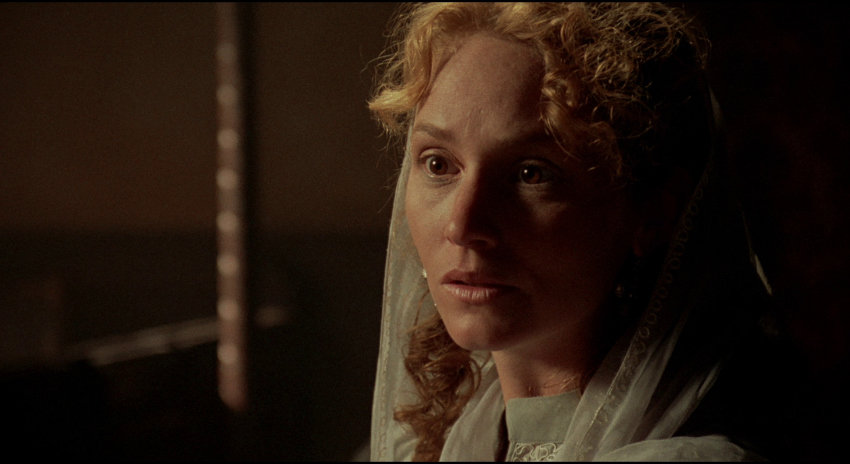 When trying to juggle so many different topics such as cultural identity, faith and politics into one film where the underlying story is of a Western couple trying to conceive a child, Immaculate Conception almost loses itself, but it is able to keep its footing. There are two films in here and had Dehlavi been given the opportunity to explore both fully, two great films would have been produced. Having Leo’s character be the daughter of a US Senator was perhaps a bit too much to the story as this then brought along its own subplot that had to also be completed in conjunction with the main plot. Again, just a bit too much going on for one film.

Wilby and Leo play their roles well enough, though it does become hard to feel too much empathy for the couple as the film progresses into its second act. These are damaged people, be it from their work or from their desire to have children. Azmi and Ronny Jhutti (playing the role of Kamal) are very strong in their roles and are able to push additional empathy towards the Western couple. But the real star of the film is Pakistan itself. Cinematographer Nicholas Knowland has been able to capture Pakistan in all of its beauty and with the terrific remastering (that he and Dehlavi helped supervise) by Indicator, it is wonderful for such stunning work to be seen again.

Coming in at 2 hours the film is both too long and short at the same time due to the nature of the topics that are touched upon. What is left for the audience is an interesting film that had all the potential to be something great.

Knowing that Dehlavi and Knowland assisted on the restoration of the film is a great touch as you can feel the work they put into their shots. It can only be a good thing when filmmakers are open to assisting with having their work restored. From watching a few of these Indicator restorations Blu-Rays, it has to be said that this is one of their best.

Other than the restoration, one joy of these Indicator releases is the goodies that come with it. Inside is a fabulous booklet that provides some great insight into the film and more importantly the response to the film as, unless you are a fan of Dehlavi (which you should be btw) this may have gone under your radar.

The featurettes are plentiful and, combined, last over an hour, which is great as sometimes they can run a little short. The standouts are Leap of Faith which is an interview with Ronny Jhutti who plays Kamal, due to Immaculate Conception being his first feature film. Also, the interview with Nic Knowland is enjoyable for any fan of cinematography.

For fans of Jamil Dehlavi, this is a must to purchase, for those unfamiliar with his work, Immaculate Conception is a decent way to start your journey in discovering him.