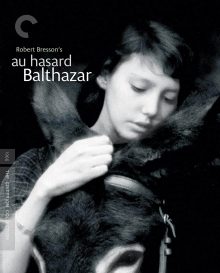 Robert Bresson is one of the most highly respected film directors of all time. In a career spanning 40 years (50 if you include shorts and some writing he did) he only directed 13 films, but they’re all well regarded. Such consistency is rare, even in some of the best directors. Bresson is one with his own distinctive style that influenced many other filmmakers that followed. He was respected by the New Wave directors from his home country of France, but although he was active at the same time, his work wasn’t as experimental or political as the likes of Goddard and Truffaut so he continued to carve his own little niche. One of Bresson’s most famous and beloved films is Au Hasard Balthazar, released slap bang in the middle of his career in 1966. It’s thought of as a companion piece to Mouchette, which happens to be one of the few Bresson films I’ve seen and the only one, prior to this, that I’ve reviewed (https://blueprintreview.co.uk/2014/03/mouchette/). Criterion are releasing Au Hasard Balthazar on Blu-Ray in the UK, so I figured I’d finish off the ‘duology’.

Au Hasard Balthazar tells the story of a donkey, Balthazar, and the lives of those who own or use him over the course of his life. At first Balthazar is a much beloved pet to three children, but after one of them dies and the others are separated, the donkey is sent to work. From here on out he lives in suffering, beaten for not working hard enough or simply for his masters to release aggression over their own shortcomings or frustrations. Meanwhile, we follow young Marie (Anne Wiazemsky), Balthazar’s original owner and the only person that still shows him love. She is harassed by the local bully Gérard (François Lafarge) and soon submits to his advances to become his long-suffering girlfriend, much to the shame of her parents who are already struggling due to financial problems and nasty rumours about them going around town. Gérard and his gang are also causing trouble for Arnold (Jean-Claude Guilbert), a destitute alcoholic who takes on Balthazar for a good portion of the film. 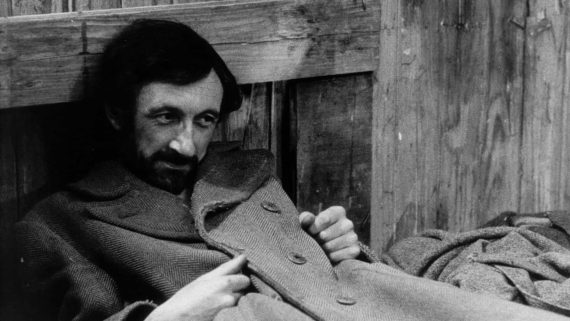 So nobody’s having a particularly good time in this desperately bleak film. Like Mouchette, Au Hasard Balthazar is no barrel of laughs and, as such, it doesn’t make for easy viewing. The actions of Gérard are particularly horrible. He’s one of cinema’s most truly despicable characters, with no redeeming features. A scene when he rapes Marie is notably disturbing (she seems to give consent after a short while, but this is under pressure), played out in uncomfortable silence (bar a little light background ambience). Keeping the film from getting unbearably depressing are small glimpses of warmth and love, almost solely between Marie and Balthazar.

It’s a film where the message isn’t obvious. Many readings have been made into it, the most popular being a Christ allegory. I can see that, and Bresson’s Catholic upbringing has often brought questions of faith into his films. I wouldn’t like to attach one meaning to the film myself, although I saw a lot of reflections between Balthazar and Marie, whose lives follow a vaguely similar path for portions of the film. This suggests a comment on the treatment of women by abusive, selfish men. Much of the film centres around pride and purity too. Balthazar is the only truly pure character and he’s abused for it. In Christ-like fashion he simply takes it though, possibly to help show man the error of his ways, though few characters seem to open their eyes to this. 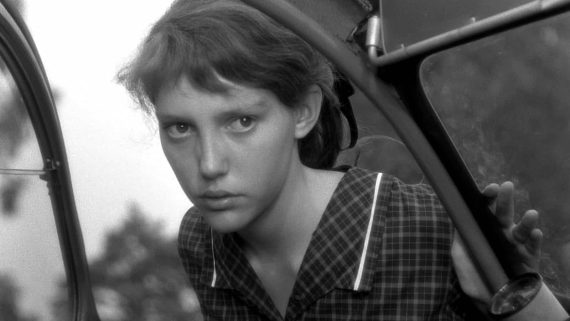 The fact that it can be interpreted in various ways is part of the beauty of the film and Bresson’s style helps you focus your mind on such thoughts. He’s an incredibly minimalist filmmaker, stripping back all artifice from his frames. Shot in stark black and white, only ever using a fixed 50mm lens and avoiding elaborate, long camera movements, it’s absent of style in one sense, but a style all to itself in another.

Bresson’s approach is what I’d call economical. Using what looks like a very simple style of filmmaking on the surface, he only shows us what he feels is important to the scene or characters. No shots are added for superfluous aesthetic reasons and scenes are often short and to the point. Dialogue is minimal too, as the images and sound design tell the story.

The acting style is even stripped back. Bresson called his actors ‘models’ and used largely non-professionals, as he didn’t want to see them ‘performing’ on screen. As such, the performances have a strange, almost emotionless feel that has clearly influenced Yorgos Lanthimos, who adopts a similar style of ‘non-acting’.

One of the key aims with Bresson’s approach to filmmaking, if the interview with him included on this disc is anything to go by, was to move away from the artificial dramatic style of theatre and create something ‘real’. It’s strange to think that an almost mechanical way of treating actors would achieve this, but somehow Bresson’s very controlled style does just this. Perhaps its the lack of sentimentality and melodramatic flourishes that are shorn away through his sparse approach, but his films do feel pure and unusually human, even if there’s a cold quality to them too.

It’s this cold quality that perhaps keeps me from giving the film a full 5 stars. Although it’s an incredibly sad film I didn’t find myself tearing up, though that’s probably a sign of its refusal to rely on sentimentality to elicit a reaction from its audience. Regardless, it’s hard to fault in its masterful construction. It’s not a film I’ll be rushing to see again, but I imagine it’ll stay with me for a long time anyway. 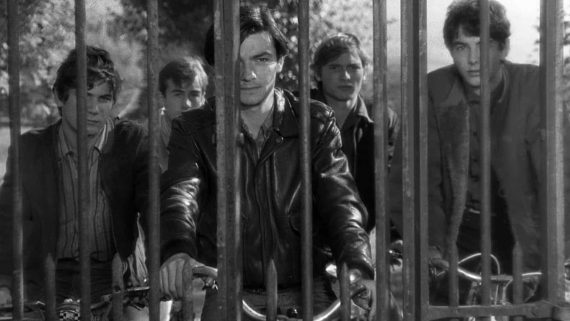 Au Hasard Balthazar is out on 29th April on Blu-Ray in the UK, released by The Criterion Collection. The audio and visual transfer is superb, as is to be expected from the label.

There’s a collection of special features included too:

It’s not a huge list of extra material, but the two video pieces are excellent. Richie provides some passionate thoughts on why he thinks it’s a great film and equally why it’s not everyone’s cup of tea. The French TV programme at first feels annoyingly pretentious, but once it focuses its attentions on Bresson himself, it offers a chance to dig deep into his methods and intentions behind the film. It’s a fascinating watch and, at an hour in length, it’s fairly thorough.