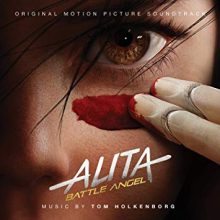 Tom Holkenborg aka DJ Junkie XL is one of the few composers where it is actually hard to pin him down into a certain category, as a touring trance and electronica artist from the 80’s to the 00’s you would assume his soundtracks would follow that trajectory, but if anything he has avoided falling into a comfort zone with aplomb. Scores for Mad Max, Deadpool and Mortal Engines are very different from one another and his ability to not just focus on an orchestra, but any instrument or object he can find is starting to set him apart from other composers.

Kicking off proceedings is ‘Discovery’ comes in slowly, but a booming sound of horns grabs your attention, before easing us in and allowing the strings to come to the forefront. Before both are joined by a choir to give more life to this world we have just entered. Subtly hidden in between all of this are slight robotic beeps and sounds. You may not even catch it on the first listen, but they are present and brilliantly done to bring a little mech to an otherwise soft and human song.

Those expecting a thumping score from the start purely from all of the action set pieces in the trailers will be surprised to find a lot of tenderness throughout the score. None more so than in ‘I Don’t Even Know My Own Name’ which is slow, soft and curious. Gentle strings and piano play through the first 4 minutes of this 5-minute piece. Some strong strings make their presence felt as a realisation is made before we get a stirring finish.

In ‘Double Identity’ a shift is happening, we are building more and more, the strings are tenser the horns are lower and more ominous. The percussion begins to ramp up; you are left feeling ready for something to happen, you are not sure when, but you know it is coming and you must be prepared. As the title suggests ‘The Warrior Within’ leaves no time to get going. Everything is quick and rushed; we are shifted from one place to another in this song and can only go for the ride until the slower ‘A Dark Past’ begins.

In The Clouds continues the frenetic nature of the action based music. We are building to something big and the sense that there will be a cost to it is paramount. The soundtrack finally reaches its crescendo and finally, we can breathe for as all tension leaves the score and we can celebrate. Finishing off the album, we get a welcome to Holkenborg’s music past and now very much his present with ‘Motorball.’ Expertly mixing it into his score is another proof that he is working at his peak currently. ‘Motorball’ is such a strong song that you will play it again right after. I know I have already a number of times.

Alita: Battle Angel isn’t a big stirring action and science fiction soundtrack as many would have expected (especially after Mortal Engines) and I have to admit that I thought it would be similar to that soundtrack as the stories, but, it is more like another of his recent soundtracks in ‘Tombraider’ in that it is more considered and gives the audience a chance to understand the world we are in and allow the characters to grow around evoke the feeling that although he is world building that our only focus is the main character. Holkenborg spoke on how he was asked by Robert Rodriguez and James Cameron that the true importance of the score was to find the heart of the film and not to rely on the trope of using electronica and noise. In this criterion he very much succeeded as he only begins to venture towards any noise and busyness in the big action set pieces and keeps any form of tech or electronica to a minimum, letting it live somewhere distant in the score.

As the focus of the film is on Alita, so too is the score. Alita wants to learn and be the best version of herself, and the score translates this well with soaring melodies. In the eyes of this score, she isn’t a robot, she is a person and the music that surrounds her is more human than expected. They are not the core of the film; the film is as you can guess about Alita and how she deals with everything that is happening to her. This brings forward, tension-filled songs through the middle portion of the soundtrack. We know the climax is coming and each song builds is produced as we like the characters get respite, but we know something will be happening sooner rather than later.

Overall this is a great piece of work from Holkenborg, who is becoming stronger and stronger as a composer and appears to be progressing into a composer who a director can trust to keep to their story and in fact enhance it greatly. It is great to have an album that you can just replay again and again instead of just certain songs and Holkenborg has produced one with Alita: Battle Angel.

If you have an hour spare check out Tom Holkenborg’s YouTube channel where he shows how he came to creating some of the themes in Alita: Battle Angel. A great insight and something you would only find on the special features section of a Blu Ray or DVD.