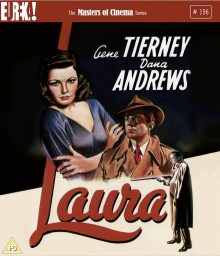 The 1944 film adaptation of Vera Caspary’s novel Laura had quite a rocky path to the screen. Preminger first approached Caspary to produce a play of her script for Ring Twice for Laura (on which the novel was based). This didn’t work out, but later, after the play had become two novels (one entitled simply Laura), Preminger was approached by 20th Century Fox’s interim studio head William Goetz to develop them for the screen.

Preminger started work on an adaptation with the writing team of Jay Dratler, Samuel Hoffenstein and Elizabeth Reinhardt, choosing not to include Caspary in the early stages due to their disagreements before. After Fox’s head Darryl F. Zanuck returned from military service though, he took Preminger off as director (as the pair had fallen out on a previous film), only allowing him to produce. Rouben Mamoulian was named director instead and work began on the film. However, not long into production Preminger and Mamoulian clashed, as the latter wasn’t following the former’s instructions. Mamoulian was soon booted off the project and Preminger ended up directing the film after all (reportedly very little, if anything, remains of Mamoulian’s footage).

As was often the case then, Preminger got his way and I believe that’s for the best, as Laura has become one of the most respected film noirs of the classic era. I must admit I’d never seen it before now. It’s long been on my watchlist though, so I didn’t hesitate for a second when offered the chance to review this new feature-stacked Blu-Ray from Eureka as part of their Masters of Cinema series. 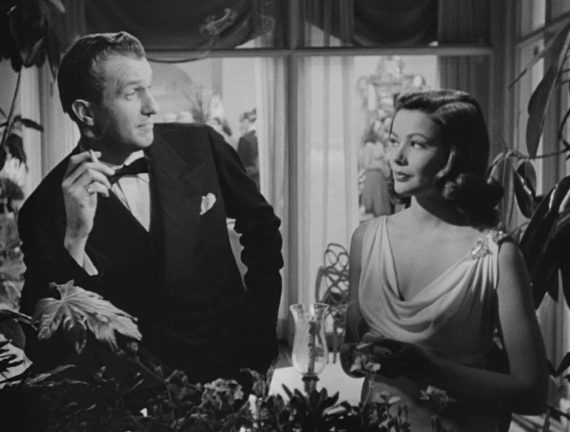 Laura begins soon after the murder of the titular character (played by Gene Tierney) and Detective Lt. Mark McPherson is assigned the case. He’s particularly interested in hearing from the two men in Laura’s life; her fiancé Shelby Carpenter (a young Vincent Price, who I didn’t initially recognise without the moustache) and the stuck-up radio presenter/columnist Waldo Lydecker (Clifton Webb) who had been Laura’s ‘mentor’ (more like a pimp) since she came into his life. McPherson hears about Laura’s bewitching allure and her complicated relationships with the two men (and others). As he does, he becomes intoxicated with the ghost of the woman too. Half way through the film though, there’s a huge twist that turns everything on its head and pushes the mystery into overdrive.

Preminger had a reputation for being tough to work with, but largely because he was a perfectionist and wanted to make sure everyone was working to make the film he wanted to make. And perfection is a good way to describe Laura. It’s a wonderful example of the golden age of Hollywood, where the industrial system produced finely crafted films that are hard to fault, on a technical level at least.

It’s not quite as stylised as some of the classic noirs, but still looks gorgeous, with moody black and white cinematography that rightfully earned the film its sole Oscar (it got nominated for a few though, including Best Director). The production design is suitably detailed and lavish too, perhaps too lavish as a scene was removed from the film as it was deemed too decadent for wartime audiences! It has been reinstated for this release though. 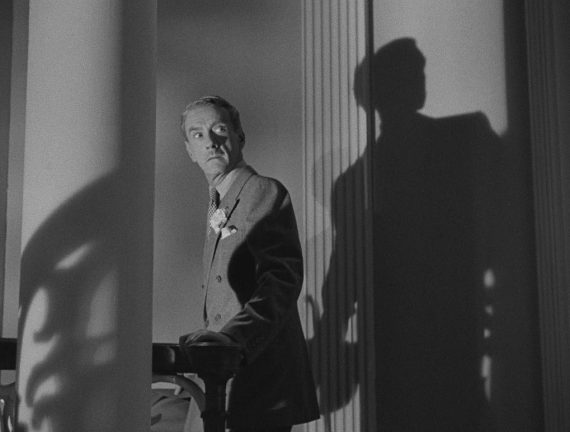 Also adding an extra layer of class (if it needed any more) is the score. David Raksin’s ‘Laura Theme’ is perhaps even more famous than the film itself. When Fox was flooded with requests for the music to be made available, following the success of the film, they got Johnny Mercer to write lyrics for the tune and it became a massive hit and has been covered literally hundreds of times since as a jazz standard. It’s a perfectly sumptuous theme with an air of melancholy which suits the intoxicating nature of the character and the film’s dark subject matter.

Perhaps most important to the film’s success though is the script. The story, though a bit ridiculous when you break it down, provides a gripping mystery. Although there are only a small handful of possible suspects, you’re constantly manipulated into changing your mind as to who the culprit is. Taking the film to another level though is the dialogue, which is endlessly witty and sharp, particularly Lydecker’s lines.

The main characters are all quite interesting too. McPherson starts in the typical tough-guy detective mould, but his growing obsession with Laura enriches his character and his work methods are fun to watch. Shelby is another one that grows from a fairly simplistic piece of the jigsaw to a fascinating and flawed one. Backing up these strong characters are some well-cast performances. Webb is particularly enjoyable as the wickedly acerbic Lydecker. Dana Andrews also does a good job of carrying off the unenviable task of living up to the Goddess-like vision of her held by the male characters in the film. 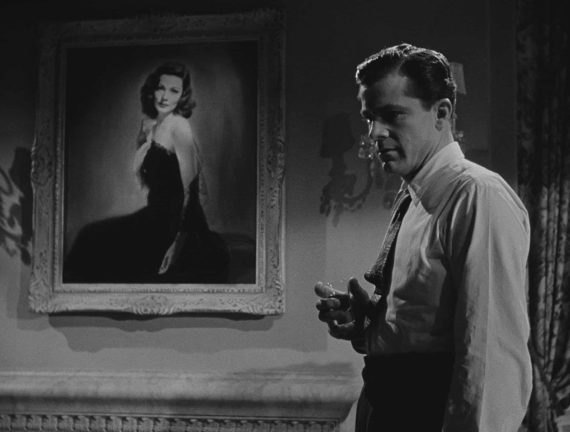 So the film certainly deserves its lofty reputation as one of the all-time great film noirs. It’s a classic whodunnit with scintillating dialogue, wonderful performances and golden-age Hollywood class helping it rise to the top of a huge pile. It’s a genuine pleasure to watch unfold and if you’re a film noir fan and you’ve not yet seen it, grab yourself a copy as soon as you can.

Laura is out now on Blu-Ray in the UK, released by Eureka as part of their Masters of Cinema series. The transfer looks and sounds great, with a wonderfully detailed and crisp picture and audio that does the wonderful score justice.

You get a decent selection of special features too:
– 1080p presentation on Blu-ray of both the extended and original theatrical versions of the film
– LPCM mono Audio
– Optional English SDH subtitles
– Audio commentary by composer David Raksin and film professor Jeanine Basinger
– Audio commentary by film historian Rudy Behlmer
– Laura: The Lux Radio Theater broadcasts Two radio adaptations of Laura from 1945 [59 mins] and 1954 [57 mins], starring Dana Andrews, Gene Tierney and Vincent Price in the 1945 version, and Gene Tierney and Victor Mature in the 1954 version
– Laura: The Screen Guild Theater broadcast Adaptation of Laura from radio anthology series, The Screen Guild Theater, originally aired in 1945 [30 mins], starring Dana Andrews, Gene Tierney and Clifton Webb
– Laura: The Ford Theater broadcast A further radio adaptation of Laura from 1948, starring Virginia Gilmore and John Larkin
– A Tune for Laura: David Raksin Remembers an archival interview with the renowned composer
– The Obsession an archival featurette on Laura
– Deleted Scene with optional commentary by Rudy Behlmer
– PLUS: A collector’s booklet featuring a new essay by Phil Hoad, alongside a selection of rare archival imagery

The Raksin and Basinger commentary (which largely features the latter – Raksin only chips in now and again) spends a little too much time simply telling us what’s happening in the story, although it digs deeper than you might catch on an initial viewing. The Behlmer commentary is excellent though. He tells the story of the film’s troubled production as it plays out, and it’s a fascinating tale. The radio broadcasts are a nice addition, although I can’t say I sat and listened to all four to be honest. The Raksin interview is short and repeats some information from his commentary, but is still worth a watch. ‘The Obsession’ provides a solid and rapid overview of the production and film’s reception. Eureka’s booklets always come highly recommended too and shouldn’t be ignored.