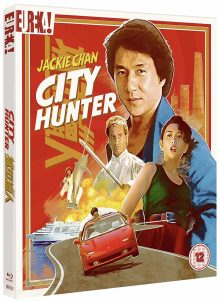 By 1993 Jackie Chan was Hong Kong’s biggest movie star of all time and was just about to make his big breakthrough into Hollywood. He had also gained a huge fanbase in Japan and made City Hunter primarily for the Japanese market.

Based on a Japanese manga created in the early eighties by Tsukasa Hôjô, City Hunter stars Chan as Ryu Saeba, a private eye with a James Bond-like weakness for the ladies. The film opens just as Ryu’s partner is shot and Ryu promises him that he will look after his young niece, Kaori. Flash forward a few years and Kaori has grown into a beautiful young woman who is infatuated with Ryu, but he is oblivious to this and continues his philandering ways.

Ryu and Kaori are hired to locate Shizuko Imamura, the runaway daughter of the CEO of a Japanese newspaper, but Kaori leaves in the middle of the search, unhappy with the way Ryu ignores her romantic feelings for him. Ryu follows her as she boards a cruise liner and is surprised to find Shizuko onboard. 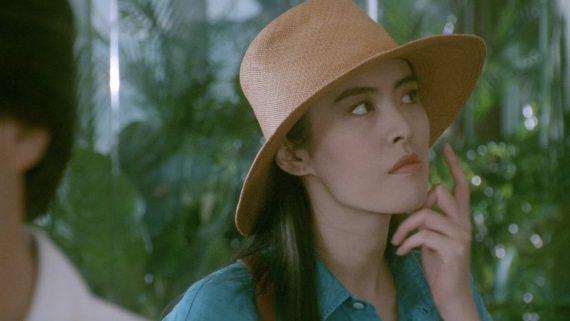 Unbeknownst to Ryu, professional killer MacDonald (Richard Norton) and his henchmen are onboard and soon take the crew hostage, planning to steal the fortunes of the numerous millionaires onboard. Ryu is the only hope for the hostages, but he has allies in female undercover agent Anna (Chingmy Yau) and the gambler Gundam (Leon Lai).

So, this may sound like a great action film in the vein of Die Hard with added martial arts, but you couldn’t be further from the truth. The film plays like a collection of cartoonish sketches, including sound effects straight from a Looney Toons cartoon, and humour that rarely translates to western audiences. Far too many scenes focus on Ryu’s lecherous nature and Chan looks a little uncomfortable during these Benny Hill-esque moments – I can’t say I found it funny when a starving Ryu is lusting after a woman’s breasts because they remind him of hamburgers.

There are a few moments where the comedy works – an entertaining scene sees face Ryu face off against one of MacDonald’s henchmen (Gary McDaniels) in an amusement arcade. Suddenly they both transform into characters from Streetfighter II, with Chan as the female fighter Chung Li. What follows is an energetic fight with moves and sound effects straight out of the game. Apparently dressing in drag gets huge laughs in most of Asia and Chan plays the scene well. 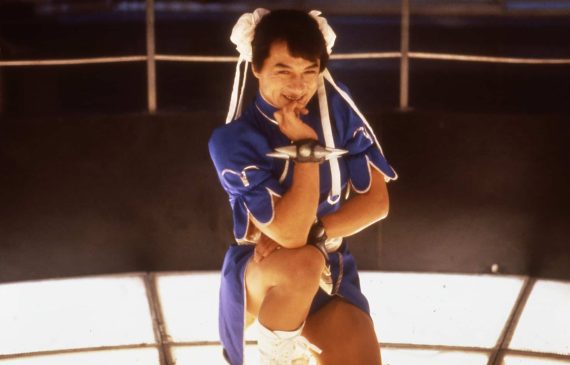 On the plus side, many of Chan’s other fight scenes are as meticulously choreographed and performed as you would expect and many of the action scenes are as thrilling as they come in Hong Kong, including a sequence of Chan running down a corridor as doors explode behind him that are just a little too close for comfort. I wouldn’t be surprised to learn that he came away with a few singed hairs.

Most disappointingly, the attitude to women in City Hunter is barbaric. Many of the female characters are thinly written and Ryu’s constant leering is distasteful and his far from the family friendly image that Chan likes to present to the world. The original Asian cut of City Hunter is apparently chockful of homophobic jokes and AIDS slurs, which thankfully are missing from this release. In later years Chan has disowned the film.

As with other Eureka releases, there is an abundance of extras on offer. The best is Evolution of a Fighter in which Gary Daniels gives a fascinating overview of his career from earning a black belt in Tae Kwon Do as a teenager, through working in the Philippines as a b-movie action star and finally making the move to America.

There is also an interview with Richard Norton, who talks about the film, the Hong Kong way of making movies and his admiration for Chan. Surprisingly the shortest interviews are with Jackie Chan himself. He talks of his early work in Hollywood and how he wasn’t taken seriously until his breakthrough with Rush Hour.

The extras are rounded out with interviews with director Jing Wong and stuntman Rocky Lai, a music video, an outtake montage and trailers and TV spots.

In conclusion, City Hunter is a huge disappointment. I was looking forward to seeing Jackie Chan in a live action manga, but this is just a mess. The biggest mistake is trying to make a live action cartoon, where the laws of physics don’t apply and everything has to be as wacky and zany as possible. The film also struggles tonally as the over the top comedy clashes with the brutality of the terrorists. As much as it pains me, this is one Jackie Chan film I cannot recommend.