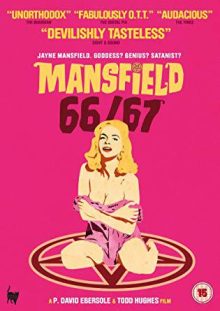 Produced by The Ebersole Hughes Company, in association with the Northern School of Film, Music and the Performing Arts at Leeds Beckett University, Mansfield 66/67 is a real curio for sure.

Jane Mansfield, model, actress and sixties glamour icon, led an interesting but short life for sure and Mansfield 66/67 takes us on a whistle-stop tour of that life before mainly focussing on the later years of her life, which to be fair are probably the more interesting ones.

The film intercuts library film footage of the great lady herself with strange re-enactments, through dance (?) at certain points in the story’s narrative. We also get plenty of talking heads style interviews with people who either knew Jayne personally or who have studied her career, and life, in depth.

We get the usual coverage of her modelling and acting career, but where this film takes a bit of a leftfield turn is in examining the rumours of Mansfield’s more satanic leanings. Apparently, she spent a lot of time with Anton La Vey, the self-appointed Head of the Church of Satan in the US, and even seemed to have become a Satanist at one point, although La Vey’s kind of Satanist is more of a general libertarian rather than the more sinister Alistair Crowley variety. 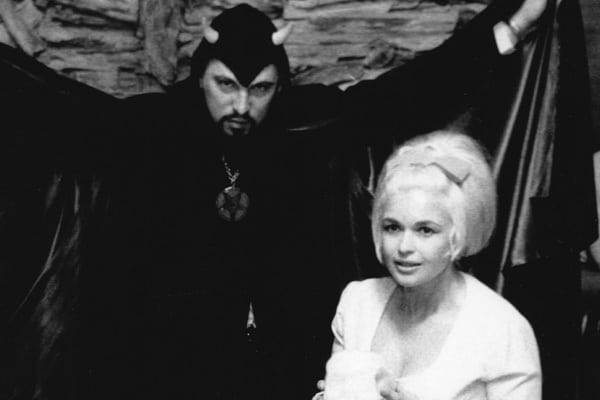 It appears that Jayne Mansfield was a very intelligent attention-seeker who spoke five languages (fluently), could play the violin, and had a good business head on her too. Mansfield was probably the first reality star, playing up to her blonde bombshell label and enjoying baffling the media and her fans alike.

During her career she starred in a fair number of films, including Illegal (her first in 1953), and Las Vegas Hillbillies in 1966, which was to be her last film before being killed in a car crash, which saw her literally scalped by an oncoming truck!

In between all this she had three husbands and five kids, the last of which was kidnapped by her third hub when she got custody of them. She turned down the TV series Gilligan’s Island, but later made history by doing the first nude scene in a mainstream film. 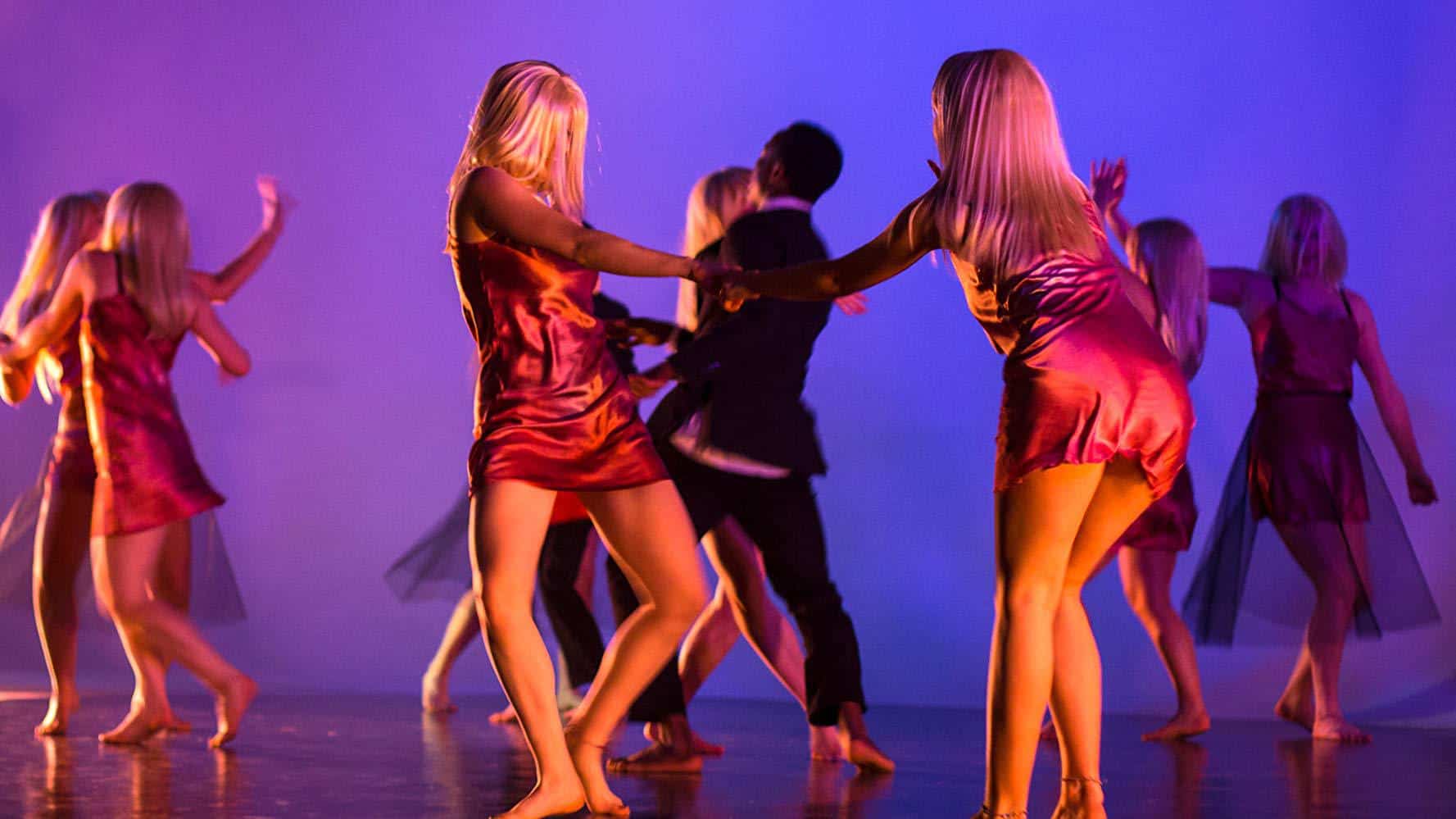 Throughout the documentary there’s some good usage of archive film roll and clips, which sort of show her sending herself up in a camp way, and not taking herself seriously at all, which is all quite refreshing when compared to other stars from that time period. This was probably one of the reasons why The Beatles had so wanted to meet her when they visited the States during the mid-sixties.

We also get to hear quite a bit about Anton La Vey and his quirks. He painted his house black, and apparently had ‘an air of danger’ about him, which some think is why Mansfield was drawn to him, since her choices in men were usually pretty bad! La Vey did quite well for himself in the end after starting off as a musician and as a police photographer. It’s alleged that he cursed Mansfield’s last husband which is why the final accident occurred, killing them both. Husband Brody, however, did have a lot of car accidents (seven) so perhaps he was just a rubbish driver! 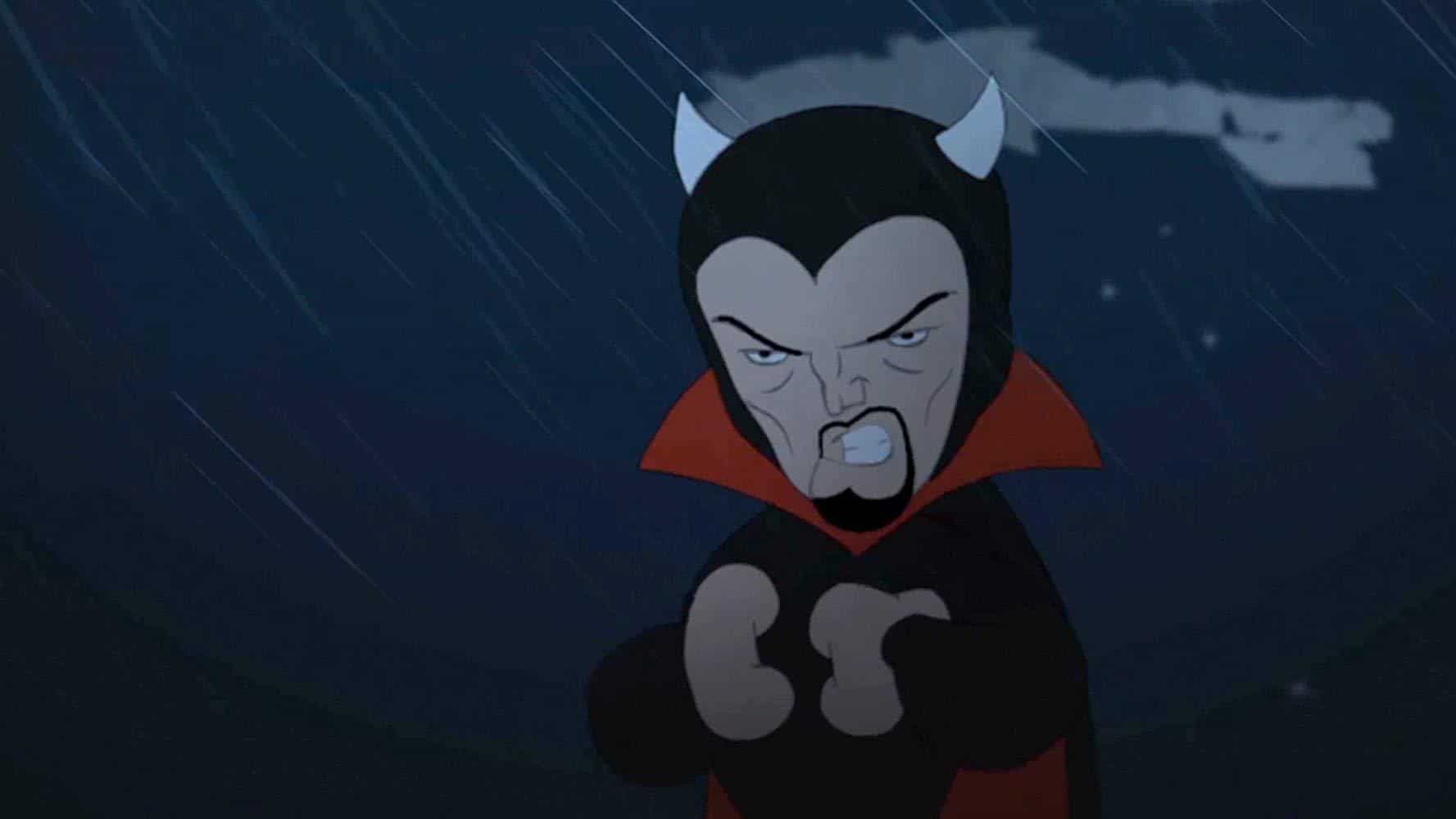 I have to say I quite enjoyed Mansfield 66/67, although I can’t say it really needed the dance routines, as admirable as they may be! I did, however, like the regular clips of vintage horror films such as The Black Cat, Rosemary’s Baby and Abbey though, and the cool 60s type of film score.

It’s said the Jayne Mansfield became addicted to attention so perhaps her spectacular death, at just 34 years of age, would have been how she’d have wanted to bail out…

Peccadillo Pictures are distributing Mansfield 66/67 on DVD and VoD.

Extras include: trailers for I am Divine, Closet Monster, Tom of Finland, The Ciambra, You and the Night, Co-dependant lesbian space alien seeks same, I got life and the Mansfield 66/67 UK trailer (1.57 mins)

Deleted scenes – Nude on his altar (1.07 mins); Give me a sign (6.54 mins) and The black Vs pink Vs brown Dance (1.13 mins). Mostly this is stuff that’s already in the film, just presented differently.

The dances – the dances are available separately. 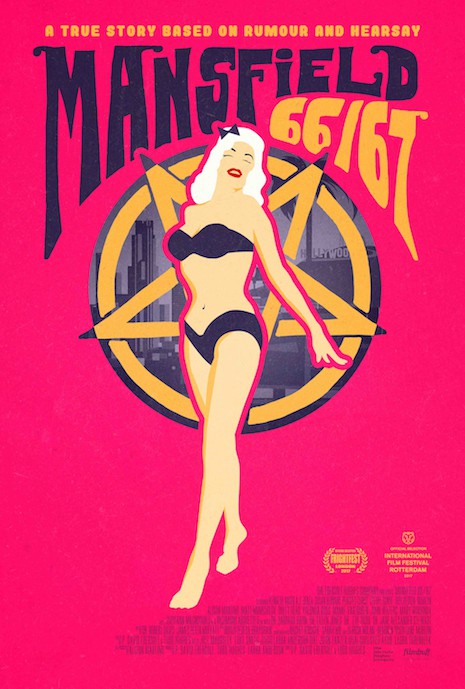