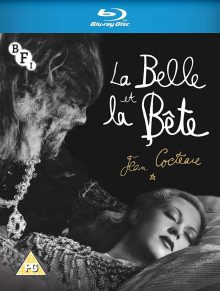 Jean Cocteau’s La Belle et la Bete is renowned for being one of the most magical films in cinema history and yet it begins in a deceptively mundane way. Its opening credits are etched crudely in chalk on a blackboard by a man who never tries to hide his presence from the camera. After just enough time to read one credit, another man rubs it off to make way for the next one. In this bold rejection of artifice, Cocteau not only provides an effective juxtaposition for the magic to come but pre-empts the in-camera style of the effects he will use to achieve this magic. Much of what we see, or think we see, in La Belle et la Bete is achieved through the audience’s own self-deception. As the down-to-earth opening credits draw to a close and a man with a clapper-board prepares to herald the arrival of the first scene, Cocteau halts him in his tracks in order to insert a written preamble. Presented as nothing more complex than text against a blank backdrop, this introduction nevertheless proves to be perhaps the film’s most magical moment because it unlocks that within the viewer which is necessary to fall under the spell of La Belle et la Bete.

“Children believe what we tell them. They have complete faith in us. They believe that a rose plucked from a garden can plunge a family into conflict. They believe that the hands of a human beast will smoke when he slays a victim, and that this will cause him shame when a young maiden takes up residence in his home. They believe a thousand other simple things. I ask of you a little of this childlike sympathy and, to bring us luck, let me speak four truly magic words, childhood’s “Open Sesame”: Once upon a time…” 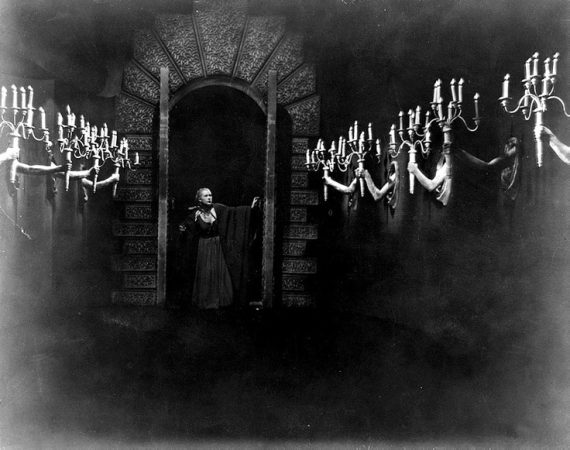 La Belle et la Bete‘s disarming introduction allows the susceptible viewer to segue into its fairy tale world in a less cynical state of mind, ready and willing to be charmed and wonderstruck. We know that to Cocteau our imagination is as important as his own, so when Belle’s father first enters the Beast’s castle and is greeted by disembodied human arms holding aloft candelabras to light his way, we marvel at the simple effectiveness of the conceit but also at the strength of our own capacity to believe in it. Not for one second did I imagine there were human beings stood on the other side of those walls sticking their limbs through a hole. Likewise, when a magic mirror is held up to Belle’s unspeakable sisters and shows a reflection of their true character, I believed in its power. While he has acknowledged that magic is an elusive concept, one of Cocteau’s themes in La Belle et la Bete is the importance of recognising its value as a concept, to the point that those who don’t believe in it are punished by metamorphosis and even death. What is life without a little wonderment, asks Cocteau, and the answer seems to be that it is a monstrous form of living death.

La Belle et la Bete is very clearly not a film that will appear to the rigidly pragmatic but then why would such a person seek out a fairy tale adaptation? But it is not just the film’s oft-praised effects that make it special. Cocteau really delves into the themes of the story, demonstrably understanding that the title Beauty and the Beast does not refer to the two main characters but rather to qualities inherent in all human beings. The original story is a tricky one to navigate without crashing into the rocks of hypocrisy and some subsequent attempts to dramatise it have resulted in queasily romanticised depictions of Stockholm syndrome. In an attempt to ramp up the magical elements of the story, many adaptors have also chosen the path of whimsy, such as Disney’s decision to surround the captive Belle with talking furniture. This worked well enough in a children’s adaptation but, as Cocteau’s introduction makes clear, La Belle et la Bete is not a film for children but rather a film for those adults who have retained something of their childhood within them. Thus Belle’s time with the Beast is characterised a melancholy loneliness untempered by musical numbers and the Beast does not start out as a raging, unforgiving bellower who accidentally shows a hint of his vulnerability at a later stage, but is instead an instantly vulnerable creature whose shame in his feral tendencies is palpable. 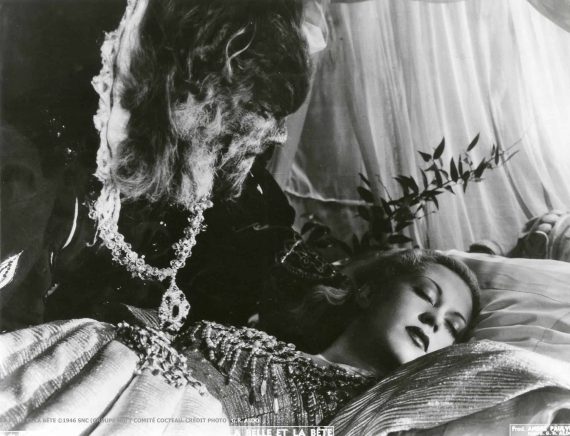 Cocteau gets around the story’s major hypocrisy of the Beast’s final transformation into a handsome prince by ingeniously casting the same actor, Jean Marais, in the role of the Beast and the villain Avenant. Marais is wonderful in the dual role but particularly as the Beast, his repeated, yearning croon of Belle’s name coming from the most despairing corner of his heart. It is Marais’s performance that overcomes La Belle et la Bete‘s most conspicuous problem; that of the Beast costume. When the Beast first appears after the wonderful scene in which Belle’s father is greeted and served by the magical hands, he comes as something of a disappointment and his woolly, reject-attic-toy look initially provokes laughter. But as he begins to interact with other characters, his mannerisms, his voice and his piercing eyes take over as the focal points, making him utterly believable and not in the least bit amusing. As we come to believe in the Beast, so we too see his inner beauty. 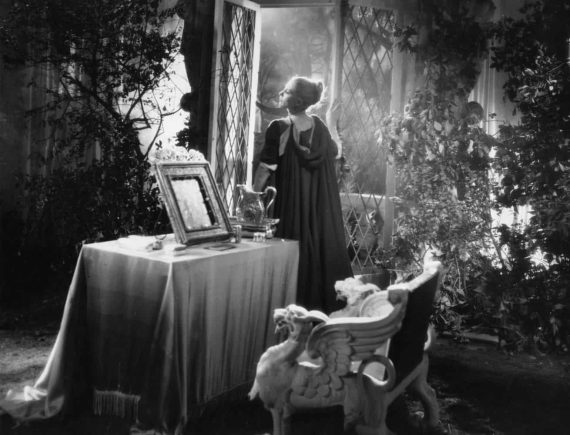 Disney’s recent live-action remake of their own animated version of Beauty and the Beast was a massive success at the box office and for many it captured the magic required to make the story work but for me, a fan of their animated version, it failed to effectively utter the Open Sesame of childhood because of its aggressive overselling of its chintzy attractions. By contrast, some might find that Cocteau’s subtle approach to effects and poetic delving into the story’s themes detracts from their enjoyment of the otherworldly delights they crave. For me, it is these very elements, the tethers to our real world, that make the magic so much more accessible. If Disney’s glitz and glamour managed to obliterate reality for two hours, La Belle et la Bete provides a sort of bridge between fantasy and reality from which both can be seen and compared. In Cocteau’s version of the tale, the Beast is a far less insistent captor. He lets Belle’s father leave on the understanding that he promise to either return or send back one of his daughters in his place. Later, he allows Belle to return to her ailing father on the understanding that if she does not return within a week he will die of grief. In both cases, these characters could easily evade their fate but, finding themselves standing on that same bridge between fantasy and reality occupied by the film’s viewers, they choose to return to the castle. Those cynics in the audience may not buy their motivation but it is quite simple: we will always return to fantasy because no-one – neither Belle and her father nor the viewers watching them – wants the Beast to die, as we understand that if he does, beauty dies with him.

La Belle et la Bete is released by the BFI on Blu-ray on 6 August 2018. Special features are as follows: