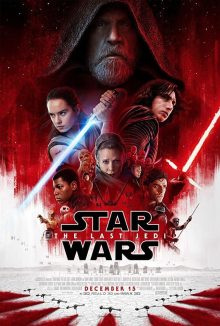 Ok, I just completed a review of this movie’s soundtrack and having also seen the theatrical release it felt natural to do one for the movie too. Star Wars: The Last Jedi has grossed almost a $1 Billion globally, at the time of writing, and it is poised to cross that milestone anytime soon, which combined with the Box office from its other Disney stable mates will more than justify the $4Billion Disney investment in Star Wars.

In addition to that stellar achievement, the latest outing of the Star Wars franchise constitutes no less than a ‘di-vergence’ in the Star Wars continuity, as it has apparently led to a 50/50 split of fans who consider this to be the either best or worst Star Wars film since I can’t remember. Such Marmite-like polarisation of opinion about this force-infused space opera may actually be a good thing in my opinion, because not only does it fuel the brand’s sequel excursion in the land of Mouse, it also signifies an identity shift and slight departure from the original Lucasian premise. Be warned, major spoiler alerts from here on out, in case you need it. 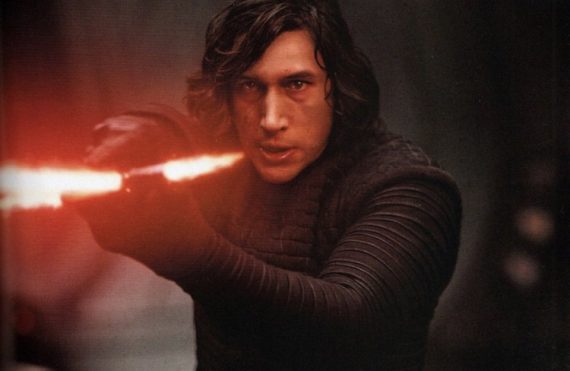 This is evidenced in how several sacred cows and assumptions (mainly in the mind of fans and their social media caterwauling) were shaken and stirred without compunction. For example, it was revealed that main character Rey’s backstory and parentage had nothing to do with the Skywalker family, or any hitherto prominent force lineage. Furthermore, the death of chief baddie and Supreme Leader Snoke, in the second of a 3 film story set, clearly shows that Disney’s writers may have started smoking and drinking similar substances to the writers of an epic TV game changer otherwise known as ‘The Game of Thrones’. 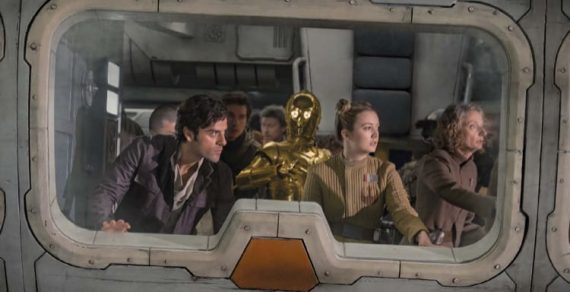 Star Wars: The Last Jedi is a long film which successfully delivers many outstanding moments, action sequences and surprises, as well as some excellent performances from its strong cast. Key moments include: when depressed Jedi Master Luke Skywalker finally agrees to train Rey in the way of the force at his secret hideaway on Ahch-To, which involved her confronting the dark side of the force plus a revelation of the extent of her powers, which may well rival that of Anakin Skywalker. Another one is when Darth Vader’s chief fanboy, Kylo Ren, decides to double or triple-cross everyone in sight (Snoke and Rey included) and ascend the throne of Supreme Leader by remotely dispatching Snoke with a Machavellian sleight of hand, or light sabre in this case. Even Princess Leia gets in on the act by pulling off a family stock in trade, i.e. Skywalking across space back into her damaged transporter ship. Some have described this scene rather unkindly as more Mary Poppins than Star Wars and even considered it a major let down – ah well.

No Star Wars film it seems would be complete without the introduction of new strange worlds and/or creatures, and The Last Jedi doesn’t disappoint with Canto Bight, a major Vegas-like gambling planet frequented by well heeled arms dealers. It serves as the location of stormtrooper-turned-resistance-hero, Finn, and his No. 1 fan Rose’s side mission to find a computer hacker to help the resistance escape from a formidable First Order space armada. Another cool world is Crait, which is a crystalline ice-like salt world where the last resistance fighters are trapped by First Order imperial walkers, in a scene setting that is eerily similar to the ice planet at the start of Star Wars: The Empire Strikes Back. It is here that Luke Skywalker faces down newly crowned Kylo Ren in a sabre fight to the end, with a surprising twist – you need to go watch it. As for creatures, there were huge horse-like racing steeds on Canto Bight, crystal wolves on Crait, and some half funny / half annoying penguin-like Porgs (cuddly toy merchandise alert) on Ahch-To. 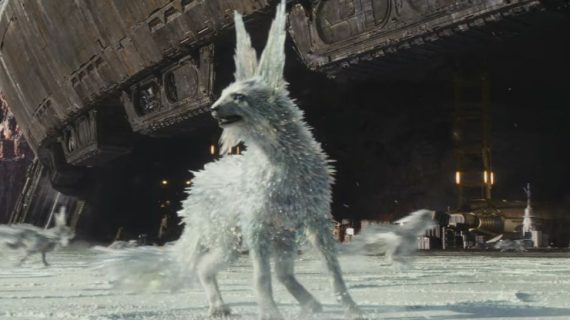 The film is not without its fair share of poignant, sad and profound moments, including: the suicide / sacrifice of Laura Dern’s General Holdo crashing into the First Order command ship at light speed, or the assimilation of Luke Skywalker into the force (and its Jedi ghost collective) aided by none other than Yoda himself – yes, he shows up complete with unerring instinct for taking the Mickey out of Luke. Finally, the film highlights the real life transition of Leia’s Carrie Fisher who tragically passed away in 2016, and who will be sorely missed even though her character survives both brother, Luke Skywalker, and Hubby, Han Solo. 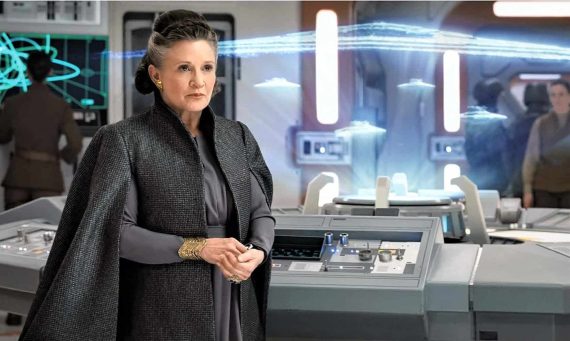 Overall I think this was an excellent outing for the Star Wars franchise which takes the storyline even further out into the unknown. I believe that over time, it’ll be said that this movie marked a great leap in the core Star Wars saga towards what will either turn out to be its ultimate demise or a renaissance into the ground-breaking, super-massive universe of stories to which the prequels could only portend. Only time, and the force, will tell.