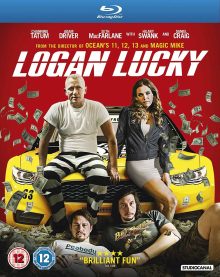 Logan Lucky marks the return to feature film directing by Steven Soderbergh after a four year hiatus. At one point, Soderbergh claimed he was retiring from it completely, instead working on TV, theatre and other projects. However, he soon backtracked and announced he was just taking a short break. His return to the director’s chair sees Soderbergh revisiting the heist movie, a genre he’d found much success with in the Oceans trilogy and Out of Sight. Although it seems like a safe choice to fall back on after bemoaning corporate Hollywood during his sabbatical, Soderbergh made Logan Lucky without the support of a studio (other than to distribute the film in theatres). So it sees the director asserting his independence, despite the seemingly audience-friendly content and star-studded cast.

Logan Lucky sees the seemingly good and honest Jimmy Logan (Channing Tatum) get fired from his job and soon after learn that his ex-wife/girlfriend is planning to move out of town and take his beloved daughter Sadie (Farrah Mackenzie) with her. His brother Clyde (Adam Driver) believes it’s all part and parcel of the Logan family curse, a local myth that came about due to the never ending bad luck that seems to fall upon them. Jimmy is determined to make his own luck though and talks Clyde and their sister Mellie (Riley Keough) into helping him rob the bank vault of the hugely popular Charlotte Motor Speedway during the biggest race of the season. They agree, but to pull it off they need the help of Joe Bang (Daniel Craig), the best safe-cracker in the state, who happens to currently be in prison. Jimmy has a plan for everything though and seems confident that he can get Bang out of prison, rob the bank, get Bang back in prison without anyone noticing and finish in time to catch Sadie in the local beauty pageant. 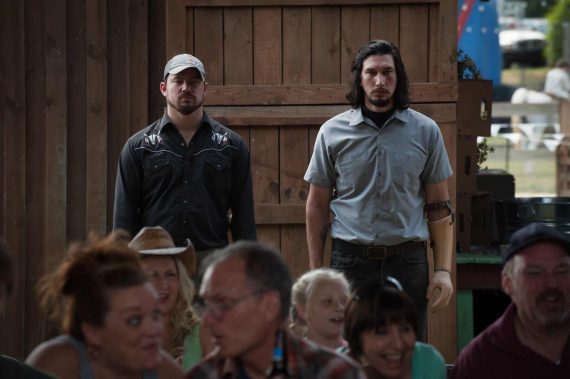 I’ve never been the world’s biggest Steven Soderbergh fan. I don’t dislike his work, but I rarely love his films and often feel they’re a little overrated. However, I was very excited about Logan Lucky after watching a trailer several months ago. Partly it looked to be harking back to Soderbergh’s Out of Sight days and that’s my favourite of his films, plus I do have a soft spot for a good heist movie. I’m not sure the film I finally watched was exactly what I expected from the trailer, but my excitement was justified as I thoroughly enjoyed it.

In terms of the film not being quite what I expected, it’s largely down to the tone and pace. Yes the quirky characters and thick vein of humour are there as I thought they would be, but there’s a warm-heartedness and strangely loose, almost lazy pace that took me by surprise and help separate Logan Lucky from the multitude of heist movies that came before. It’s not a slow film but any means, but the characters are mostly very laid back and the hot North Carolina summer it’s set in provides a different feel to most crime capers.

Also setting the film apart in this way is the lack of violence. The heist doesn’t involve taking hostages or storming anywhere with guns. It’s all about clever tricks and sneaking in through the backdoor. Due to this, it makes it easier to empathise with the characters and adds to the friendly atmosphere. You don’t get any ‘bad guys’, other than a couple of minor characters who are never much of a threat and no one’s getting hurt, so the film is a breezy, light affair from start to finish with a few genuinely sweet moments between Jimmy and Sadie. There’s also some satire lurking under the surface with stabs at modern American culture and corporate greed popping up here and there. 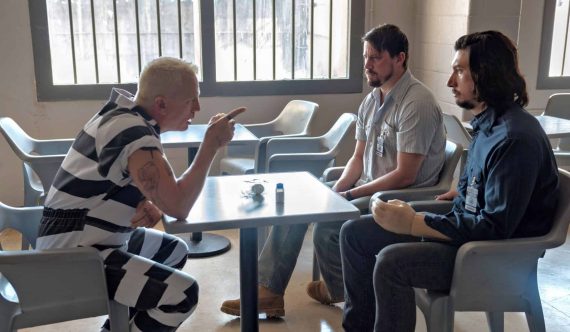 If this is all starting to sound a bit dull, fear not. Lucky Logan is still hugely entertaining, despite it’s lack of conventional thrills or action. This is due largely to the script and characters. The writing is superb, with some wonderfully funny dialogue and an intricately thought through plot that’s a pleasure to see unfold. The characters are wonderful too, with Craig’s larger than life Joe Bang standing out in particular. He seems to be relishing the chance to have some fun with a role after getting stuck in a Bond rut. The cast is filled with fine actors (including a surprise appearance from Hilary Swank towards the end), all delivering top notch performances and looking like they’re having a good time doing it.

Other than it’s offbeat tone, Logan Lucky is hardly breaking any new ground, but it’s enjoyably breezy, sharply written and immensely lovable. It’s a laid-back, quirkily charming gem of a heist movie that is up there with the best of the year’s films in my opinion.

Logan Lucky is out now on Blu-Ray, Ultra HD & DVD in the UK, released by Studiocanal. I saw the Blu-Ray version and the film looks and sounds great. Unfortunately the only special features are two deleted scenes. It’s a shame as I’d have loved to have heard Soderbergh’s thoughts on the film and why it brought him out of his feature film hiatus.