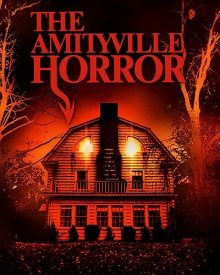 While a box office behemoth at its time of release spawning a never ending franchise of movie sequels, books and documentaries, The Amityville Horror deserves much more love. Perhaps it will always be in the shadow of the likes of critically adored The Exorcist, Texas Chainsaw Massacre and Halloween. Yet, The Amityville Horror is just as good as any of those 70s horror powerhouses and ripe for some re-appreciation. The story of the Lutz family who fatefully moved into 112 Ocean Avenue and fled barely 30 days later, this classic slice of ghostly horror is a fairly faithful adaptation of Jay Anson’s blockbuster book of the same name and still holds up today as a finely crafted scare piece.

While some of the frights and effects may seem tame and certainly dated by today’s overproduced standards there is no doubting the cinematic skill that has gone into making the film. It helps having Cool Hand Luke director Stuart Rosenberg on-board as he keeps a tight handle on proceedings, no matter how outlandish they get, making sure the nerve jangling tension is generated mainly from subtle dread rather than outright horror. He coaxes fine performances out of his cast making one invest in the crazy haunted house shenanigans with James Brolin giving one of his finest performances as a family man rapidly coming apart at the seams. Never going outright bat-shit crazy, Brolin keeps his deteriorating state just the right side of over-the-top making one believe his regular-joe character is being driven mad by a house. He’s backed up by a solid cast and while the great Rod Steiger doesn’t get many scenes he certainly leaves a lasting impression as a priest whose faith is tested to dramatic lengths.

The slow burn nature of the action is what keeps the narrative gripping and while there are jump scares and moments of outlandish horror, the heart of the film is about a family driven mad by forces they cannot see or comprehend. Rosenberg and the cast, whether they believe that the events were true or not, at least try to treat the Lutz family with respect giving the film a classier edge than one might expect for a trashy haunted house horror picture. It’s a shame some of the effects and scares are so dated as they jar somewhat with the rest of the production and if the film has one major failing it’s the all too abrupt ending. After such a great build up and slow release of inexplicable events it’s a shame the flick practically stops dead as one is about to finally discover what is happening. Still, perhaps this mirrors the Lutz family’s own experience at 112 Ocean Avenue, as they suddenly fled and didn’t look back.

Excuse the hyperbole but The Amityville Horror is one of the all time great scare classics that should be re-visited if one hasn’t seen it in some time or now discovered if one has yet to experience it.

The Amityville Horror is released on Blu Ray for the first time in the UK as a limited edition steel-book on June 26th 2017 from Second Sight Films. An impressive array of extras have been assembled including interviews with cast and crew (including a great featurette on James Brolin – Brolin Thunder), an intro and feature commentary by Hans Holzer (author of the book Murder in Amityville), a selection of original trailers and TV Spots, collectors postcards and the feature length documentary My Amityville Horror which details the impact the haunting and the media frenzy that followed had on surviving Lutz family member, Daniel Lutz. Great stuff.