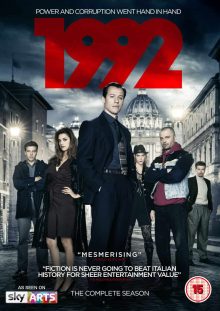 As the name suggests, 1992 is set in the year 1992. It isn’t about Queen Elizabeth II’s annus horribilis though, but is set in Italy and focuses on the actions of six characters whose lives gradually interconnect against a backdrop of political turmoil.

One of the main protagonists is Leonardo Notte, played by the excellent Stefano Accorsi (in fact every single actor is excellent and wonderfully convincing), who is a marketing man who appears to have the perfect life. He’s handsome, has no problem attracting beautiful women and a good, well paid job. However, things don’t always go the way that you expect them to and things start to unravel for him.

Then there’s Pietro Bosco (Guido Caprino) a Gulf war veteran who becomes a member of parliament having joined an up and coming political party after saving a stranger from getting beaten up in the street. He’s a classic ‘fish out of water’ who struggles to deal with the way that things are run in the Italian parliament.

1992 is set against a backdrop of corruption and investigation from the police, which includes Luca Pastore (Domenico Diele) a man with a past who has strong reason to try and get revenge. 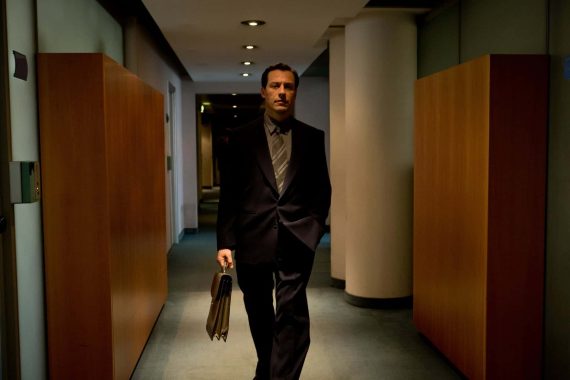 Initially it can all be a bit confusing to know what is going on, but as you work your way into the series you start to see the connections happen and you can piece the different storylines together.

These storylines are dark, but make for compelling viewing. The dialogue is excellent, as is all the acting and you feel as though you have been transported back 24 years. Those of us who can remember 1992 well will feel very at home and recognise the few mobile phones, the now very unfashionable suits and fashions from back then.

This is all set within the beautiful scenery of Italy of Rome and Milan and reminds me a little of the Italia 90 World Cup.

There have been many comparisons with series such as House of Cards and the West Wing, I would venture to say that this is true. However, I would also say that 1992 is better than the later series of House of Cards, but that is perhaps as much a criticism of House of Cards for becoming far fetched and running out of good story lines.

1992 sticks to what it knows well, a tight, well written intertwining story that has many levels and complicated, believable characters. It also similar to the series Mad Men too, as you can find ways to both like and despise characters at the same time.

If you like well written, well acted and well produced and intelligent political and criminal drama then 1992 is definitely for you.