Also known as Clouds Over Europe, Q Planes is a pre-war spy drama about experimental planes going missing and the conspiracy behind it.

The film starts with police raiding a house where they find what looks like a dead body on a sofa. The man lying there isn’t dead and the events that follow this set the tone for the rest of the film.

The man, Major Hammond (Ralph Richardson) is investigating a series of test planes that have gone missing from aircraft manufacturer Barratt and Ward. Initially it’s thought that they are just accidents but Major Hammond feels otherwise.

As he investigates further we meet a disaffected test pilot Tony McVane (Laurence Olivier) and the beautiful tea lady Kay Lawrence (Valerie Hobson), who, like so much in the film, isn’t what she at first appears.

Q Planes has a quirky charm to it. The story line reminded me of the James Bond films where various villains steal hardware such as in Moonraker and You Only Live Twice. It also has something of a Tintin-esque feel to it as well. You could easily replace the lead character with the intrepid, Belgian reporter. 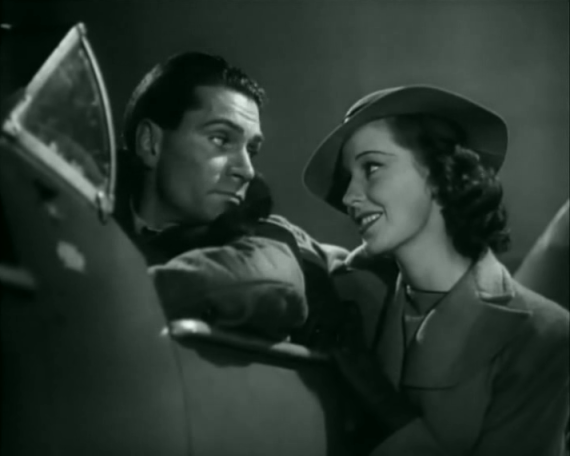 Having never previously heard of the film I have to say that it was a joy to watch and is definitely worth a watch if you’re a fan of old movies. As with another film in The British Film Collection, The Man from Morocco, it shows how far filmmaking has come and how tastes have changed. For one thing, by modern standards it’s short, at not much more than a hour long. Having seen some of this year’s Oscar nominated films it makes a pleasant change not to have to set aside three hours just to watch a film.

If you like to change around the films that you watch and want something a little different, then Q Planes is worth a watch. It is fun, light hearted and has some classic old technology that makes the computers in 1960/70s Bond films look positively cutting edge. The film may stand the tests of time, technology in films rarely does, however!

Q Planes is out now on DVD in the UK, released by Network Releasing