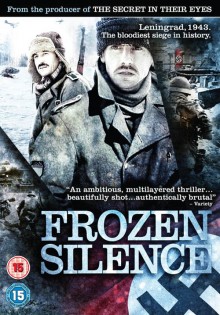 One body turns into many, as the two men race against the clock and a waging war to discover the identity of the culprit, and the reason for the brutal murders that have everyone perplexed.

From the battletorn streets of Leningrad to the perverse dens where brutal games of Russian roulette take place for money, this tense well paced thriller delivers the goods. Scenes are beautifully shot, the action is sometimes bloody but never gratuitous, and even the romantic / lovemaking scenes are nicely understated, subtly conveying the need for companionship in the lonely wartime world these brave men and women found themselves in.

There is time dedicated to the camaraderie between the two men, and occasional comical exchanges. The actors have been well chosen and are thoroughly believable as the characters they play. There is a very authentic feel to the whole thing, from the overall look of the piece, down to the way the characters conduct themselves. I don’t feel that any of the big budget Hollywood WW2 related productions have ever captured this same ‘vibe’. Some of this may be due to the fact that this is not an English language film, so reading subtitles while listening to foreign language audio does somehow submerse the viewer in the world that’s being portrayed, and requires concentration to follow proceedings. 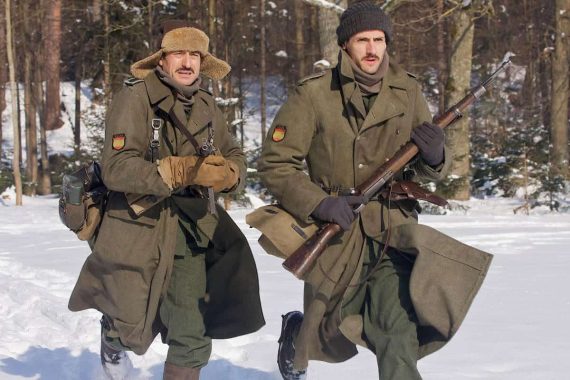 Oddly, several visual scene divisions have been put in place, using white text on a black background to introduce key chapters of the film. These are very reminiscent of the silent film era, and I feel they add a nice touch.

This movie really makes you want to brush up on your history to fully understand the details of what happened at Leningrad and the Spanish involvement in the war at this point.  Many Spaniards volunteered to join the Blue Division and fight alongside the Nazis against communism. Some characters are veterans of the Spanish Civil War, others members of the Falange (the Spanish Fascist Party). The war torn Russian front presents a darkly foreboding, oppressively political backdrop against which this brutal plotline is set.

The story keeps you guessing as the various murder suspects are encountered along the way, each with a possible motive. Even the motive itself becomes increasingly more complex as new clues are followed and information gathered.

Though it’s tempting at this point to divulge more, I won’t give anything away, as this really is well worth a watch; probably more than once! Frozen Silence is a well thought out war time thriller that’s simultaneously harrowing and breathtaking. It will hold your interest and keep you guessing until the very final moments.