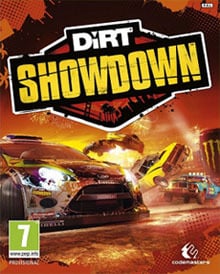 Evidently bored of the whole 2, 3 style chronology, Codemasters has gone for Showdown as the suffix for what is essentially DIRT 4.

Fans of DIRT since its inception some time ago have seen it evolve from a relatively straight laced rally racer into a mental petrol fest of different game and vehicle types where only lunatics need apply.

We’ve never made any secret of the fact that we think DIRT 2 is pretty much the most fun car racing game of all time (Flatout Ultimate Carnage and Blur being two very close contenders), so it’s time to see how Showdown measures up.

It was inevitable that Codies had to take a departure from the formula at some point, after DIRT 3 pretty much wrung the last drop out of the old setup (perhaps why the suffix changed) but without losing that DIRT atmosphere of fun and racing thrills.

And so Showdown presents itself with all the familiar blockbusting bombast of old but with a slightly different setup, in which one area of the game is expanded and another railroaded.

DIRT 2 and 3 were games based on a single hub with satellite events. DIRT 2’s hub was a cool Winnebago, adorned with posters and paraphernalia that cleverly represented every option you could access in the game. The map gave a high level overview of where you could choose to go for your next chosen event, and drilling down gave you a limited choice of events.

Showdown switches things around here, as you’ve no control over which country or even area you’ll be playing in next, but you do get a larger choice of event type you’ll be competing in. 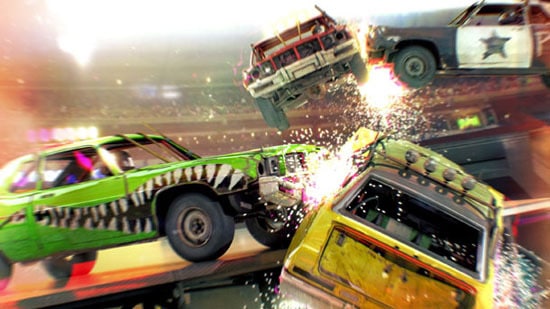 The agenda of events is sequenced more like Race Driver (also by Codies) in that you’ve a whole load of events ahead of you, but you can only really pick from the next two or three, with anything further away locked until you earn medals in previous events.

This doesn’t mean you can just play every alternate event, however, as they last event in each level (the Showdown) requires a certain amount of medals being won beforehand.

While this is a workable, if slightly overfamiliar mechanic, it doesn’t help that some of the more obscure events aren’t really all that fun. And that’s not just me being picky; the events are varied enough so that it’s unlikely that any one person will enjoy every event type. Allow us to elaborate.

Races, which consist of standard races; elimination races, where the player who is in last position at the end of a regularly occurring countdown is eliminated; and domination, where points are awarded for having the fastest time in any given sector of a track, with the highest scoring player winning the race.

You can probably guess the kind of events you get with demolition; all a variation on the last man standing theme, or in this case last car operational at least.

The gymkhana events are our least favourite, where you have a set amount of manoeuvres to perform in a set arena. These will be against the clock or a CPU opponent. We weren’t fans of gymkhana in DIRT 3 as it seemed to take the focus away from the intense battles fought out in races. 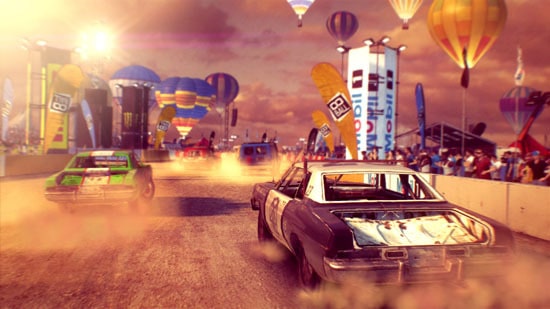 Gymkhana clearly has its fans, however, as awkwardly as it sits among its more orthodox brethren, but we’re struggling to think of many people who love racing, demolition derbies and gymkhana in one game. Especially a games that, ultimately, forces you to regularly take part in all three if progression through the games considerable career mode is to be effected.

Multiplayer offers up a few neat surprises such as a Capture the Flag style game which actually works quite well. Another is called Smash and Grab, where success is based on which team can hold the ‘loot’ for the longest, with the other team trying to grab it off them by smashing into them. All good, clean fun, then, but there’s little in the way of longevity in Showdown’s multiplayer mode.

Gripes apart from the too broad range of obligatory event types would have to be the physics model, or lack of when compared to other games these days. Too many of the games static assets have that invisible forcefield around them, making them indestructible, just like all trees in games of old.

Not only this but your own car never seems to give the impression of taking any serious damage. I said this to a friend, and I’m sorry but I really can’t think of any more articulate way to put it than the cars are less ‘crunchy’ and more ‘bangy’, which is a shame.

Not great, then, but you could do a lot worse and DIRT Showdown is an ideal way to while away a few rainy days this year, though not all of them of course.