Justin Richards fills us in on the films shown at Dead By Dawn, Scotland’s finest horror film festival. Part 1 of Justin’s write-up can be found here and Part 3 is here. 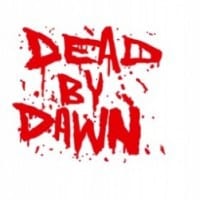 After a hearty Scottish breakfast we started day three off with a classic: John Boorman’s brilliant Deliverance.

Not typically described as a horror film, Deliverance still at times packs a horrifying wallop to its audience so was rightly included in the line-up of films at this year’s festival.

For those of you who don’t know what Deliverance is about (shame on you if you don’t!) it sees four friends on an adventure holiday boating and hunting their way down a river before the whole area gets changed forever through the building of a massive dam. Of course things don’t go well after the two boats become separated and one takes a wrong turn leading to an extremely unpleasant encounter with a pair of armed and dangerous rednecks.

What struck me most watching this film on the big screen was how well it’s shot and also how much of their own stunt work the actors actually do. You’d expect former stuntman Burt Reynolds to be up for throwing himself around, but not necessarily the likes of Ned Beatty, Jon Voight and Ronny Cox. But throw themselves around they do, much to their credit. Full of iconic scenes – the duelling banjos, the ‘squeal like a pig’ rape scene and the white water rapids sequences, Deliverance still has the power to impress even today and has served as the blueprint for many a ‘white-collar workers get into trouble in the backwoods of America’ movie made since. 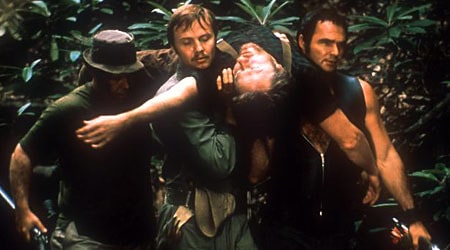 Adapted from a novel by James Dickey (which sadly I haven’t read), the film still has the power to shock and move the viewer, factors which surely confirm its classic status. Strongly recommended, if you haven’t already seen it.

Next up was the Cutting Edge short film programme, which is always one of my highlights of the festival, as I love to see a selection of well-made short horror films created by some excellent up-and-coming talent.

Since I can’t remember the exact running order for the shorts I’ll just run through them briefly as they come to mind. As per usual the quality of the shorts was generally good, although a couple of them didn’t exactly blow me away I have to admit.

, directed by Nicholas McCarthy, was an intriguing short about a young woman struggling to come to grips with her past in the wake of her, seemingly abusive, mother’s death. I found the build up to this short interesting and thought the interplay between the brother and sister well managed, but it didn’t really wholly satisfy as the end felt like it had been cut off for budgetary reasons rather than for any particular artistic merit. 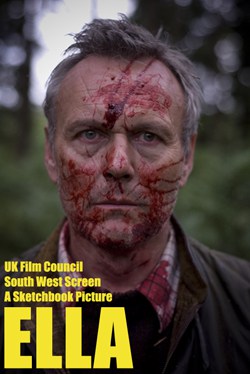 was another fun short from Bristol-based director Dan Gitsham, whose career I’ve been following for a number of years – I’ve screened a few of his earlier shorts at my own festivals in the past. Ella is a decent little horror short although, since I’d already seen it at Abertoir, this second viewing didn’t surprise me quite as it had before. Basically this features a parent having to track down and kill his own, quite crazy, daughter so is quite powerful stuff and I thought her wearing the pet Collie dog’s head, as a mask, was truly disturbing – probably because I used to have a pet Collie dog too!

by Hyunsoo Lee, from South Korea, is a pretty grubby looking and gory short, which has a weird premise (it is Korean after all!) concerning a girl sitting in a dank and dark classroom, surrounded by her butchered school friends, as she tries to solve a maths problem before her time runs out and something equally horrible happens to her. It was a good idea, but I thought the pay-off was disappointing – I’d kind of expected a funny punch line or something clever to happen, but sadly it never really did.

, directed by Andres and Diego Meza Valdes from the USA, would appeal because there are loads of pooches in this 18 minute short. Basically Play Dead looks at the zombie apocalypse from the point of view of our canine pets, which is a really sweet idea, but this film doesn’t really make the most of it’s central, excellent idea. The dogs are pretty well trained though and there are some funny, laugh-at-loud moments to enjoy. 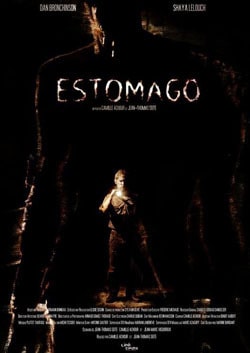 , from French directors Camille Achour and Jean Thomas Seitė is another short I’d seen before, but I still enjoyed it second time around even though I knew what the twist was. Estomago follows a man who has barricaded himself into a large abandoned hotel. Trying to get in are creatures, which are a cross between zombies and demons that can materialise out of the floor. Stylishly made and well acted this is a good idea well executed and I’d be interested to see what the filmmakers do next.

Another film involving survivors barricading themselves in was Last Christmas

by Geoff Redknap (Canada). This sees a little boy struggling to care for his senile grandmother when he is left alone with her on Christmas Eve. His only hope for survival is to keep distracting her so she doesn’t open the door to the Armageddon that waits outside. This was a nicely crafted short and I liked the interplay between the two main characters.

Another two-hander was Quedate Conmigo

, which sees two lovers having a serious quarrel, resulting in him accidentally killing her. Unfortunately, for him, she won’t stay dead and proceeds to make him feel obliged to love her again, even though she’s now a zombie, with some comical and touching consequences. This was an entertaining short from Spanish director Zoe Berriatŭa.

And finally, the audience favourite, The Coldest Caller

, by Joe Tucker, just goes to show that us Brits have a, well, very British view of death. Little old lady, Mrs Evans, has got something wrong with her plumbing and to make matters worse the Grim Reaper turns up uninvited – so what’s a poor old dear to do! This was a resoundingly funny four minutes of celluloid, which, suffice to say, went down a storm with the festival audience. 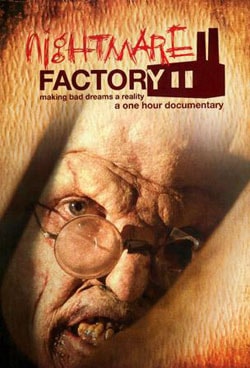 After a rather rushed dinner break we were back for the next feature, namely Nightmare Factory

, an interesting documentary about the company KNB FX. The film provides a history of the organisation and how it came about, giving the audience a good insight into its founders (Greg Nicotero, Howard Berger and Robert Kurtzman) and gives a more general potted history about the wider use of special effects in films.

The documentary primarily concentrates on talking heads interviews, interspersed by some fascinating behind the scenes footage of the KNB guys at work throughout the years they’ve been operating. The film also explores some of the changes that have/and are occurring within the industry and talks to a number of directors whose work has benefited greatly from the SFX maestros’ work.

All in all I really enjoyed the film, especially the behind the scenes stuff and by the end of it I felt as if I’d really got to know the guys behind the magic of the sort of movies I love. My only real criticism, (although it’s a biggie), is that I didn’t think the documentary was particularly balanced in that, at times, it came across as a bit too much like a promotional piece for the company rather than the warts ‘n’ all film it seemed to think it was. Having said that, in the filmmaker’s defence, they did leave in a wonderful sound-bite from the amusing film director, John Carpenter, who accused SFX technicians of being ‘a bunch of divas, who keep holding up the shooting schedules of my films’!

Again this isn’t strictly a horror film, although it does feature some horrifying mullets and some equally dodgy 80’s and 90’s fashion! Definitely worth a look though. 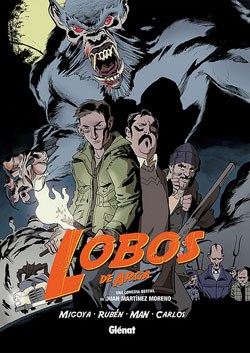 , or Game of Werewolves in English. Fortunately Juan was there to introduce the film and apparently it will be getting a DVD release in the UK under the slightly better title Attack of the Werewolves, which actually makes more sense.

If you like films such as An American Werewolf in London, The Howling, Curse of the Werewolf and many of the films of Paul Naschy, you will almost certainly get a kick out of this film. Not only does the film have some excellent werewolf action, but also plenty of funny moments to keep you interested until the next monster scene comes along.

Opening with some wonderful animation, which sets the scene in a historical context, it then switches to the modern day and to our ‘hero’, Thomas Marińo, who returns to his roots to collect an honorary award for his debut novel. It turns out to be a trap to get the last male descendant of an evil Marchioness back to the village for some unholy rites and revenge. It doesn’t take long for Thomas to learn some unpleasant home truths about his family and that his life is in danger. Much hilarity and high jinks ensue.

To be honest Lobos de Arga works better as a comedy rather than as a werewolf film, but there’s much to enjoy here regardless and there’s definitely more to like than dislike. The SFX are generally good, particularly when you consider the budget they had, the acting is good, it’s nicely shot and the filmmakers have made good use of some interesting locations.

The screening was followed by an entertaining Q & A with the director, Juan, who is a larger than life character and someone who I hope revisits the genre again in future.
Apparently only 10 proper werewolf suits were built and the rest were either inferior versions or parts created for certain shots. Pretty much all the effect shots were done in camera, which makes the film an even more incredible achievement. Highly recommended. 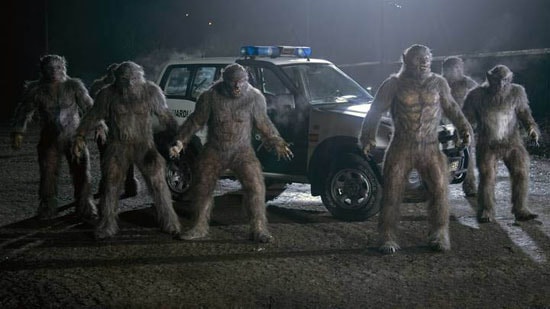