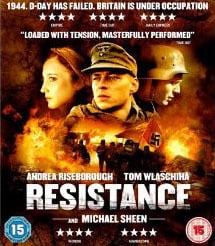 War films aren’t to everyone’s taste, apart from this one. In fact to call it a war film doesn’t really convey what it’s about.

The premise of Resistance is that D-Day went wrong and the Allies were not only forced back from Northern France but that the Nazis managed to invade England. Whether Nazi Germany would have had the resources to do this by 1944 is a moot point, but that’s the premise.

The thing with films that have to convey the feeling of an occupied country is that it can be very hard to do on a limited budget. With Resistance this has been done very well indeed. The film is set in the wilds of Wales for reasons that become clear as the film goes on.

With a title that conveys definite action you would expect a lot of gun-totting action with explosions a-go-go, but as I said this is a non-war war film. The opening sequences show a line of men silhouetted at night against the rugged Welsh countryside disappearing. You don’t see their faces but you know what they are going off to do. 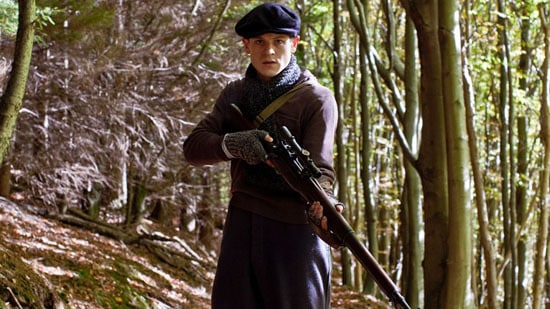 The men are all farmers from the various farms in the valley they are seen leaving and the film focuses on the farmer’s wives who are left behind to do all the work in their absence. The way this is explained is one of the many examples of how to make a film using the less is more rule of film making. Whereas so many films slap you around the face with endless amounts of scene setting exposition for the slow of brain, Resistance treats you like an intelligent, grown adult and leaves you to join everything up.

Instead of using the obvious mock-ups of iconic British landmarks draped in red swastika banners, or storm troopers goose-stepping past bobbies on the beat and red phone boxes, in Resistance you have things like German officers attending a local village fete. You also have cast members listening to the radio where talk is about the siege of Manchester and that towns such as Bristol and Swindon are now occupied. As a resident of the latter, this subtle bit of background dialogue had the hairs on the back my neck standing up.

This is all added to by the fact that the film has a great pace that is so fitting with the subject matter. When you think about what the Nazis did, the thought about another country being occupied by them is simply terrifying and the film’s pace matches this harrowing tone with the young German soldiers moving into the valley where they are clearly not welcome.

All the acting is subtle and thoughtful with no one personality dominating. The ever excellent Micheal Sheen is probably the biggest ‘name’ in the film and his part is the epitome of subtlety in the few minutes he’s on screen. 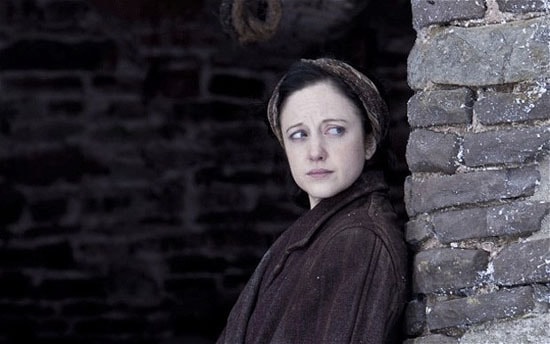 The main characters are Sarah (Andrea Riseborough), one of the farmer’s wives, and Albrect (Tom Wlaschiha) the German officer in charge of small garrison that has been dispatched to the valley. There is a reason they have gone there, this is perhaps the weakest part of the film as it isn’t the strongest idea. The soldiers are portrayed as normal young men a long way from home. We all know what the Nazi regime did in the territories it occupied, but at the heart of its armies were young men who were being told to risk their lives in foreign lands. Resistance adds some more depth to common stereotype of the evil Nazi soldier, which is something of a brave move.

Music is also very well used throughout the film, usually because of its notable absence. Resistance shows how powerful silence can be, especially with a subject as difficult as a country being taken over by such an evil force.

Overall Resistance is a brilliant, subtle, well-acted, fantastically well directed film that is so rare today in modern CGI swamped films. You just know that had Resistance had more budget it would have been utterly ruined. This is a must for all war and non-war film fans.