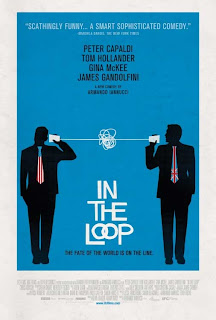 In the Loop sees the critically acclaimed TV series The Thick of It remoulded into a feature film. And what a film it is. I haven’t seen British satire this biting, exhilarating or downright hilarious for a long time, at least not at the cinema. It’s great to see the British sense of humour put to good use on film after suffering years of Full Monty rip-offs and other such laboured cash-ins.

Written by a group of British TV’s finest comedy writers including the film’s director Armando Iannucci, In the Loop follows the events that unfurl after the absent minded British Secretary of State for International Development makes an off-hand comment on national radio about the possible threat of a (fictional and undisclosed) war being ‘unforeseeable’. After further slips of the tongue, he becomes ‘meat’ for both the US and UK governments, the leaders of which actually do want to go war. Chaos reigns as the various spin doctors and politicians use every dirty trick imaginable to get what they want and the clueless Secretary and his aide are left blowing in the wind as they make mistake after mistake. 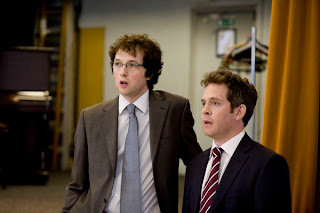 The key factor that makes this film so good is the dialogue. The witicisms are fired out at a machine-gun pace and pretty much always hit their target. The finest of these generally come in the form of incredibly offensive yet sharply witty put-downs from the film’s stand-out performer Peter Capaldi, who plays spin doctor Malcom Tucker. In my screening his scenes never failed to draw fits of laughter from the audience as he brutally tore apart everyone he met with great relish. He’s a commanding presence on screen, yet the rest of the cast hold their own, adding flesh to the bones of the large selection of characters. 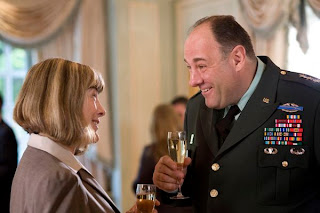 Buy Cipro Online Pharmacy No Prescription Needed onblur=”try {parent.deselectBloggerImageGracefully();} catch(e) {}”>
The quickfire dialogue alongside pseudo-documentary style camerawork help give the film a frantic and lightning-fast pace and it came as a great shock when the screening I was attending suddenly came to a halt for an interval. Everything plays through thick and fast, and although the political processes were shown to be chaotic and messy, the film never feels confusing or over-complicated. It’s all very cleverly executed and only a few scenes involving one of the character’s relationship issues felt a little bit misplaced for me, but not badly so.

In the Loop is a brilliant film that helped restore my faith in British cinema, which in my opinion hasn’t been as strong as it used to and should be. It also goes to show that the transition from small screen to big can work if done as intelligently and entertainingly as this.