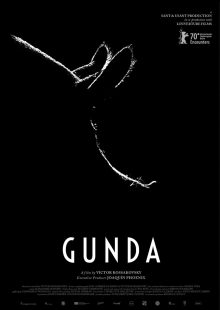 How do you describe a film like Gunda? On the one hand, it is an incredibly simplistic look at life on a farm that at times can be so uneventful and minimalist as to potentially lull its audience into a state of acute boredom. On the other, however, its simplicity becomes its secret weapon. Give into its slow, bucolic rhythms and Gunda has the potential to become an extremely moving, perhaps even life changing, experience. It is rare for a film to seemingly offer so little as to feel anaemic yet at the same time to offer so much as to achieve profundity.

Gunda is the latest film from Russian documentary filmmaker Viktor Kosakovskiy. Shot in stark yet breathtakingly beautiful black and white, the film follows several different animals around a farm – a sow and her piglets, some chickens and some cows. There is no music, no narration, no story. Instead, Kosakovskiy simply observes these animals as they go about their daily existence. He makes no concessions to his audience when it comes to either editing or pace. Kosakovskiy wants to absorb you into this world, to draw you in and help you become a part of it. He achieves that not through simplistic and manipulative emotional narratives, such as those employed in wildly popular nature documentaries, usually narrated by David Attenborough for the BBC. In Gunda, you become invested because you are forced to create your own explanation and narrative for what you are seeing slowly unfold on screen. 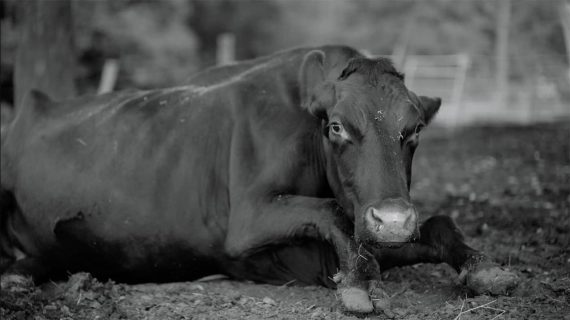 You could argue, rather legitimately, that the audience is instead manipulated throughout most of the running time through stunning visuals rather than any semblance of a narrative. Slow and simple it may be, but there is no denying that Gunda is an absolutely beautiful film to watch, which is probably not what you might be expecting for an observational documentary set on a farm. Yet this is a documentary shot with the care and precision of big budget fictional feature. From gliding camera moves and chiaroscuro lighting inside a pig pen to a sweeping, slow motion shot following a herd of cows over a field that makes you feel that Terrence Malick has briefly stepped in behind the camera, Kosakovskiy shoots his animal subjects with a poetic reverence that feels like objective observation has been substituted for veneration. 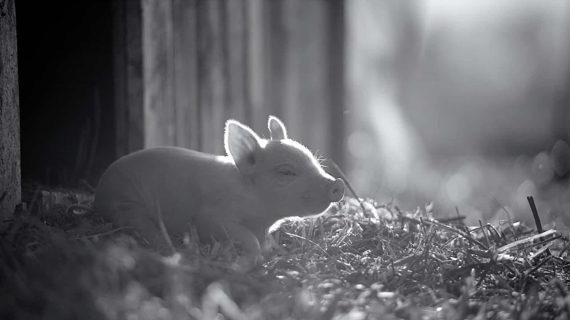 Yet it is not just the photography that makes Gunda feel unique, it is the details that Kosakovskiy chooses to capture that help to offer an explanation for the film’s gradual emotional power. As chickens wander through the grass, Kosakovskiy films extreme close ups of their feet straddling and navigating the soil that feel more like lost scenes from Jurassic Park. Later on, he lingers uncomfortably on a shot of flies crawling around a cow’s eye. The very next shot, however, shows two cows standing head to rump, each using their tails to whip the flies out of their companion’s eyes.

It is at moments like this that it strikes you. These are normal animals. Most nature documentaries are fixated on showing us the extremes of the animal kingdom, the exotic, the dangerous or the beautiful. In Gunda, that same reverence and interest is instead employed on animals so ubiquitous and ordinary that there is a very high probability that you ate one of them in the last twenty four hours. Kosakovskiy has captured a world we never usually see and have thus forgotten existed. Therein lies one of the film’s greatest achievements. By treating them with such reverence, Gunda bestows upon animals that have become dinner plate staples around the world a degree of dignity and solemnity that has been denied them for decades, if not for centuries. Just because we eat them doesn’t make them any less fascinating, unique or precious than their more picturesque contemporaries. 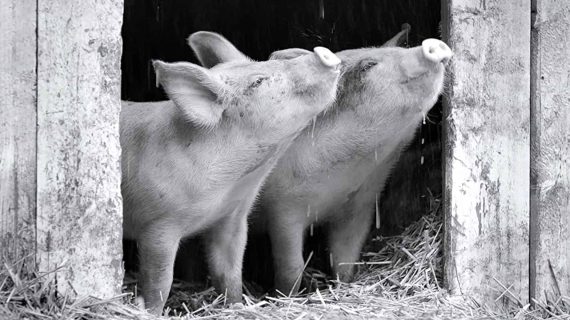 Some beautiful moments are captured that not only bridge the gap between farmyard animals and their more exotic cousins but between them and us. Nowhere is this better seen than with the piglets that dominate the majority of the film’s running time. At one point, we see them taking simple, exquisite pleasure in catching rain in their mouths during a heavy shower. Another remarkable moment seems to capture the piglets almost vying to be on camera, playfully pushing and struggling against each other in an innocent display on one-upmanship. It becomes clear, and not just through the piglets, that there is more to these farmyard animals than just a simple, base intelligence. There is a consciousness there too, as an understanding dawns that they are experiencing the world in a manner that is different but no less valid than our own. 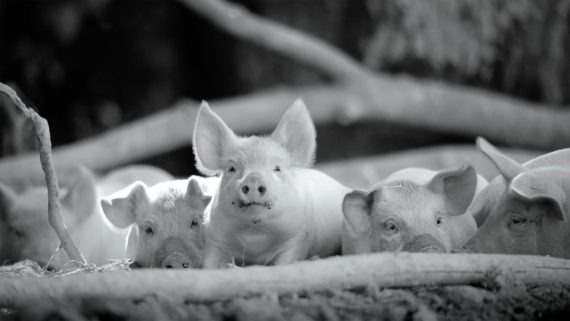 Which is what makes Gunda such a difficult watch. Throughout the film, a bucolic atmosphere grapples with a darker undertone lurking just beneath the surface. This comes to the fore in the final fifteen minutes, captured in a single long take that is simply agonising to witness. Being set on a farm, you might think you can imagine how it ends but what Kosakovskiy chooses to show us is a very different kind of violence that feels even more brutal and upsetting than the worse your imagination can offer. 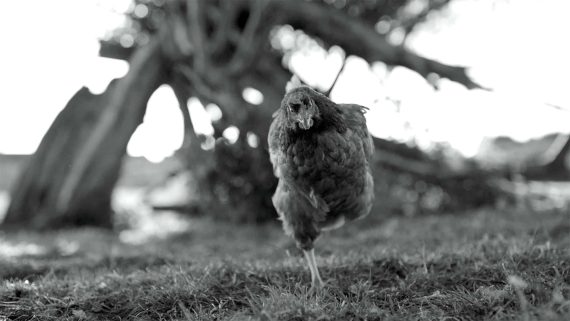 It is torturous and painful only because of what has come before. Gunda may be slow and uneventful but it is all building up to a devastating crescendo. What Kosakovskiy has created here is a documentary that feels a world away from the personified narratives of popular natural history filmmaking that nevertheless manages, through simple, extended observation, to evoke an empathy and connection with animals more profoundly than any other documentary, in cinema or on television, than I have ever seen – even more so than Netflix’s similarly themed My Octopus’s Teacher. 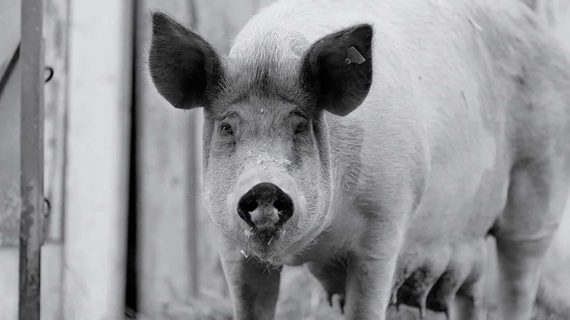 Part of Gunda’s power that elevates it even above Netflix’s Oscar winner is that it not only offers insight into its animal subject’s unique intelligence and emotion, but that it goes one step further in forcing ourselves to admit our complicity in their eventual fate. If you give in and allow yourself to become swallowed up in Gunda’s slow and mesmerising world, then its brutally heartbreaking ending may move you more powerfully than any other film in recent memory.

Gunda will be released in UK Cinemas on 4th June