The Gates of Video Hell is a feature that Dave came up with 5 years ago, and I suggested to him that I do a couple of such reviews to mark the occasion of the forthcoming tenth anniversary for the Blueprint website (watch this space for more celebrations). Rather than rate them out of 5 stars as usual, Dave decided to deliver their fate instead, hence judgement comes in the form of one of the following 3 decisions: 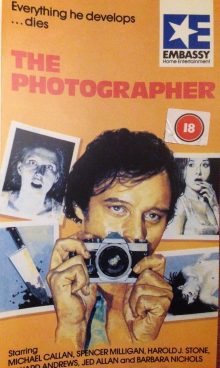 Industry gossip alleges that either Harold J. Stone or Sage Stallone, who possibly part-funded the film, were so embarrassed by the end result that they bought it, as in ALL of it, pulled it and tanked it – only a few days after its initial release. This may be why very few people (and mostly only hardcore B-movie geeks, at that) have actually ever seen it. But there are also rumours that one of these guys bought all rights, territories, and negatives, in perpetuity, because they really liked it. Who knows for sure, but whatever the actual truth, it has to be said that I quite like the film…

Michael Callan plays respectable photographer, Adrian Wilde, who still lives with his hooker mother, despite being well into his thirties. Unfortunately, for his subjects, he’s got a nasty habit of using his models for more just than taking pictures. In fact, he needs them as victims to satisfy his deep desire to kill his overbearing mother time and time again. We get a sense that he feels she has let him down, as with every other woman that he’s ever associated with. Like a certain Norman Bates, Wilde is attractive to women, but deeply disturbed, with a mother-fixation to rival that of Norman’s, meaning that he can’t even kiss a woman, let alone hold down a meaningful relationship with one without wanting to kill them. We’ve all been there, right?! 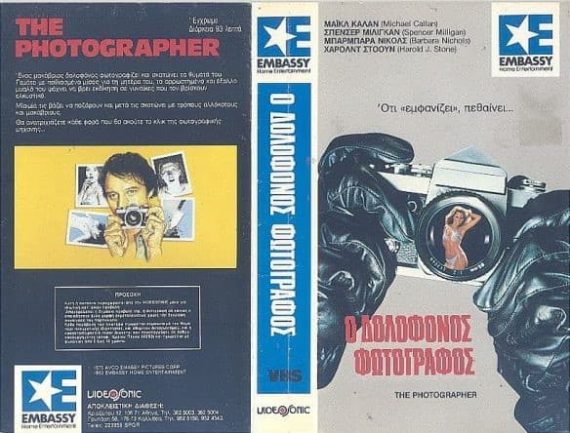 Adrian is obviously quite good at his job and even has friends, of sorts, mostly down at his local bowling alley. It’s just that if a woman so much as touches him in a sexual way he loses the plot, starts seeing his mother’s face superimposed on top of theirs, and attacks and butchers them, or more cunningly he later manipulates them into dangerous situations where they let themselves be killed by him, either by poisoning, strangling, stabbing, hanging or electrocution.

In between scenes of Wilde’s, well, ‘wild’ behaviour a couple of older, almost avuncular, detectives are on the case, chasing down leads (slowly – to allow for a greater body count, I suspect), hassling the hilarious coroner – who seems more interested in eating his lunch amongst the corpses than examining them – and generally smoking their pipes and making quips at each other. The comedy of the film (it’s supposed to be a black comedy) comes from the interaction of the lead investigators, and many of the film’s best of moments take place in the coroner’s laboratory. 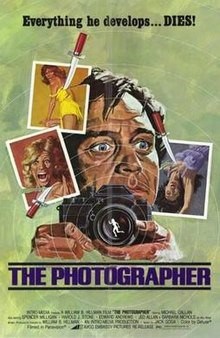 Then, finally, during the final act, Adrian seems to be actually falling for his female friend from the bowling alley, who’s asked him to take some more glamorous photos of her, for her mum. Will she be the next notch on his knife handle or will the cops get there in time..?

The Photographer pays homage (intentional or not) to Peeping Tom (in a generally thematic way) and to Psycho, on more than one occasion, and that’s no bad thing; steal from the best… The film sometimes feels like it’s pitching itself somewhere between Herschell Gordon Lewis’ level of old school exploitation and something far classier such as Michelangelo Antonioni’s Blow-Up.

The cinematography, by Michael Shea, is passable, but in a lower-end TV movie kind of way, and the acting, while not great, is good enough to be enjoyable, although some is rather campy. Callan (Cat Ballou) is clearly enjoying himself going over-the-top as crazy Adrian, especially during a couple of hilarious freak-out sequences where he’s beseeching the heavens, and his imaginary mum, for guidance. At times his performance feels like he’s only half acting, and for the rest of the time Callan is actually going through some kind of primal scream therapy on our behalf! Unfortunately, Barbara Nichols’ performance is disappointing as Adrian’s mother, and she’s seemingly channelling, rather badly I have to say, how I’d imagine an ageing Marilyn Monroe would be. However, I think John Waters would still have cast her instantly for any of his movies. 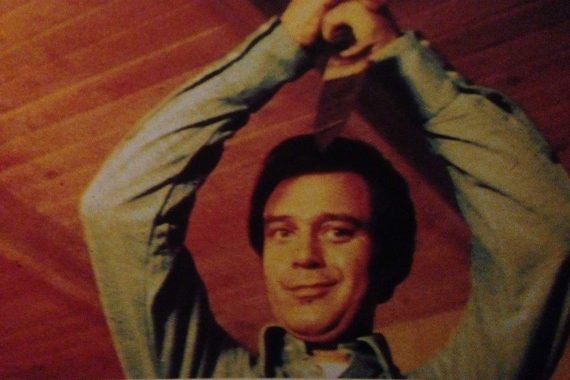 Jack Goga’s musical score is satisfactory, if rather forgettable, apart from the occasional flute-led sections, and Tony De Zarroga’s editing style is functional, if uninteresting. I didn’t get a sense of any real effort made by him to do anything unique or interesting.

The Photographer certainly has its more interesting/entertaining moments, but it never really ticks the usual boxes that horror fans like to see ticked. Namely, there’s not a lot of suspense generated, there’s little in the way of titillation and very little gore. The murders are quite fun, in a PG-13 kind of way, and the vein of black humour running throughout the picture kept me smiling, a weird sort of half-smile, or perhaps that was the start of a mild stroke… 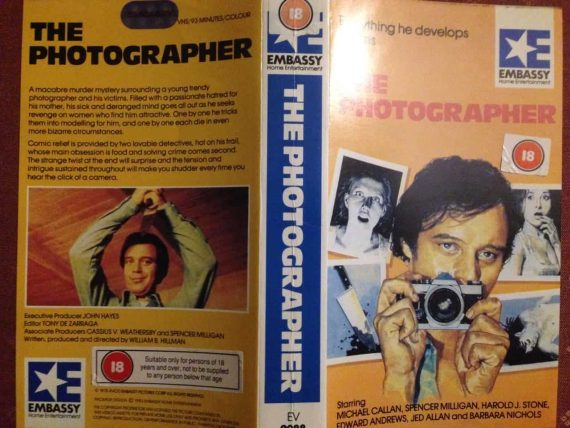 Weirdly enough The Photographer was remade in 1983 as Double Exposure, by the same writer/director, although I haven’t seen that movie. The Avco Embassy video that’s under review here had reasonable picture and sound quality, although apparently it’s cut. Supposedly there’s an unrated version out there that was independently released in Japan and this release had an extra 10 minutes worth of horror and sleaze, and more plot – wow!

While it’s not a great film, the general grindhouse feel of the film, replete with its cool ending warrant me hoping that Grindhouse, or another boutique label of quality, hurries up and gets this one out, preferably in a better Panavision version rather than the current full-screen version we have now, assuming you can find a copy online.