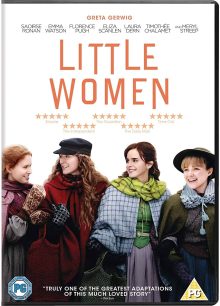 This January I became a father for the first time and, aside from the increased levels of love and responsibility in my life, the main results of this have been twofold. In the first place, I’ve watched far fewer films than I would have ordinarily and secondly I have consumed no alcohol for the first four months of the year. Amidst unseasonably hot weather and a nationwide lockdown that has driven even the most sober to occasional spells of daytime drinking, I’d be lying if I said I haven’t had the odd fleeting hankering for a pint but I’ve put these feelings aside for the sake of my beloved wife and child. Of the two aforementioned pleasures of which I have experienced a significant reduction, it is the films that I have missed more so when the opportunity arose to review Greta Gerwig’s new adaptation of Louisa May Alcott’s Little Women I decided to allow myself this escapist luxury. I mentioned to my wife that I would be setting aside a couple of hours at some point to watch the film and later that same day I noticed a new item had been added to the bottom of the shopping list we’d been compiling. It simply said “Beer for film.”

It may seem that this tale of patriarchal thirst is an unfittingly blokey way to begin a review of Little Women but that misses the point. My story was, in fact, my wife’s story. She was the hero of the narrative; the one who made the sacrifice and whose moving gesture provided the satisfying climax. This was a woman’s story. You’d be forgiven for missing that point though since, like so many women’s stories in all kinds of media, this one was told by a man, framed by a man’s experiences as if the woman’s part in it were defined only by how her actions affected the male protagonist. Hell, the woman wasn’t even given a name (although in this case at least that was more an issue of privacy). It’s easy to see then why Alcott’s Little Women has long been held so dear by generations of women. Though there are those who have questioned whether it is truly a feminist text, its focus on well-rounded female characters and their relationships with each other has always made it stand out as a novel that young girls in particular could feel was chiefly aimed at them. Nevertheless, of the six film adaptations of Little Women prior to Gerwig’s, four have been directed by men. This streak of male-helmed Little Women films was broken in 1994 with Gillian Armstrong’s acclaimed adaptation, a cosy film whose chocolate box prettiness saw it embraced by many as the best version yet. Despite this and the fact that a previous adaptation had been directed by George Cukor and starred Katherine Hepburn, it never really felt like there had been a screen version of Little Women deserving of being viewed as a classic in the same way as the book. 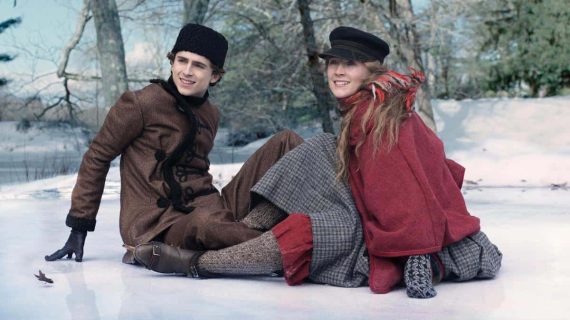 Enter Greta Gerwig. Fresh from the triumph of her excellent film Lady Bird, Gerwig caught wind of there being a new version of Little Women in the offing. A long-time devotee of the novel, Gerwig put herself forward as an ideal candidate to make the proposed film and took on the task of writing the screenplay herself. Perhaps more than anything when it comes to such an oft-adapted story, getting the screenplay right is crucial. While each adaptation should be taken on its own merits, it’s hard sitting down to watch a story you know back to front be played out in the same way yet again. Just think of all those rebooted superheroes whose origin stories we’ve had to endure going round and round like Superman trying to reverse time. It is refreshing and encouraging then when it becomes instantly apparent that Gerwig has come at the material from a fresh angle. By employing a non-linear structure and combining the lead character Jo March with elements of Alcott herself, Gerwig’s film is immediately arresting, making you sit up and take notice from the outset. Gerwig’s invigorating approach allows her to make a Little Women for the modern age, imbuing it with an inspiring feminism that does not betray the original text but rather recalibrates the viewer’s line of sight to highlight elements of both the story and its creation that may otherwise have been missed. Sceptics (mainly men) have long tried to smash the notion of Little Women as a feminist text but Gerwig slyly and effectively manages to highlight the contrary argument while simultaneously examining the reason for some of those seemingly less enlightened passages. A lesser writer/director could easily have botched this by simply trying to cram a modern day feminist attitude into a period piece that can’t convincingly contain it. Instead, Gerwig’s script underlines how ahead of its time much of the original text was while also encouraging critics of it to question their unrealistic expectations of a 19th century novel being fully aligned with 21st century thinking. It’s a deft balancing act that Gerwig performs without once drawing attention to herself.

In putting a modern spin on Little Women, Gerwig has lost none of the prettiness or warmth of previous adaptations. The film is ravishingly shot by cinematographer Yorick Le Saux, who brings out the beauty of each setting without covering the lens with syrup. This refusal to bow to the ornate Merchant Ivory cliches of the costume drama is reflected in the more modern style of acting that eschews the stiff-backed stoicism of so many period pieces. Gerwig employs overlapping dialogue and naturalistic performances to achieve an atmosphere that brings the viewer closer to the material rather than forcing them into the role of passive voyeur. The use of famous faces such as Meryl Streep, Laura Dern and Chris Cooper in supporting roles suggests that Gerwig was aiming for a certain level of comfortable prestige in her ensemble but, as should be the case in any successful adaptation, it is always the little women themselves who are the primary focus. 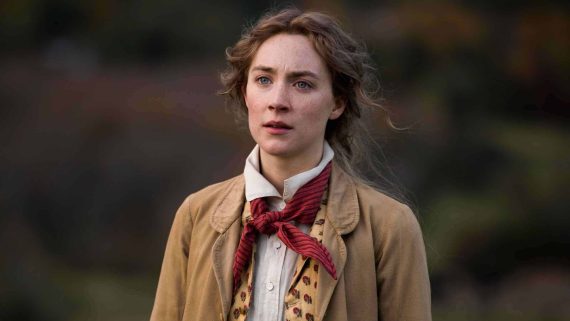 Of the four sisters, Jo and Amy have always been the plum roles and while Eliza Scanlen makes an appropriately understated Beth and Emma Watson a slightly more traditional Meg, it is undoubtedly the Oscar-nominated performances of Saoirse Ronan and Florence Pugh as Jo and Amy respectively that stand out. Pugh is a performer of impressive range and her Amy at first seems merely like a showy extrovert but is quickly revealed to be a character of some depth, with Pugh’s performance playing a large part in delineating these layers. It’s everything you could ask for in a perfect supporting performance and would have easily walked away with the film had the lead role of Jo not been played by Saoirse Ronan. As it is, Ronan thoroughly upstages everyone by turning in what I can genuinely call one of the finest performances I have ever seen. Ronan has long been an actor who regularly impresses (this was her fourth Oscar nomination at the ripe old age of 26!) but this role takes her talents to the next level, effortlessly putting every other incarnation of Jo March in the shade by creating a realistically headstrong, movingly passionate, rivetingly complex and wryly amusing version of the character that always feels completely real without forfeiting the entertainment value of the imaginary.

Critical appreciation of Little Women began rapturously but quickly became mired in the swampy filter of Oscar controversy. Though it was nominated for several big awards including Best Picture, the chief sticking point for many was the Academy’s failure to nominate Gerwig as Best Director amongst another male-dominated field. There are obviously issues to be thrashed out in regards to diversity and the Oscars but I’ve found it relentlessly depressing that this has overwhelmed so much of the initial positivity that lit up those first incandescent reviews. Instead of focusing on where one awards body may have gone wrong, it is worth instead looking at where Little Women triumphed. At the box office, sure, but also in the hearts and minds of so many fans for whom such a daring new take on the source material could’ve proved contentious. Instead, by tapping into the spirit of the novel’s particular brand of feminism, Gerwig has managed to run her thread through the eyes of Louisa May Alcott, Jo March and Gerwig herself, aligning the three women in a way that never once seems presumptuous in its fluidity. Perhaps Gerwig’s greatest triumph is in creating a costume drama that not only emphatically differentiates itself from others in what can be a terribly uniform genre but which also asserts itself strongly as Un Film de Greta Gerwig.

Little Women is released by Sony Pictures as a digital download on 11 May 2020 and on DVD and Blu-Ray on 25 May 2020. Special features are as follows: