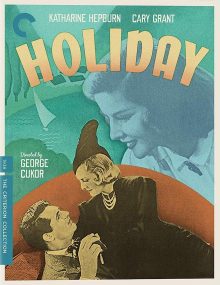 Katharine Hepburn and Cary Grant were one of Golden Era Hollywood’s finest double acts. Their first collaboration, Sylvia Scarlett, didn’t set the world on fire, but the other three are romantic-comedy classics. Bringing Up Baby and The Philadelphia Story are well-known and much-loved, but Holiday, made in-between those two, has become unjustly forgotten over the years. Looking to remind film fans Holiday is worthy of standing alongside its famous siblings, Criterion have given it the old spit-and-polish treatment, releasing the film in a restored and features-laden Blu-ray set.

Holiday opens with Johnny Case (Grant) returning home from a skiing trip where he met and fell in love with Julia Seton (Doris Nolan). The pair plan to marry straight away but things prove to not be as simple as Johnny assumed. You see, when he heads to Julia’s home he finds she’s part of an incredibly wealthy family. Johnny is a promising businessman but he’s from a working-class background, getting where he is through hard graft from an early age. Julia’s father, Edward Seton (Henry Kolker), is initially troubled by the fact Johnny is not of ‘good stock’, but he’s eventually talked around. However, another twist in the tale makes both Edward and Julia unsure about whether or not Johnny is worthy of marriage. 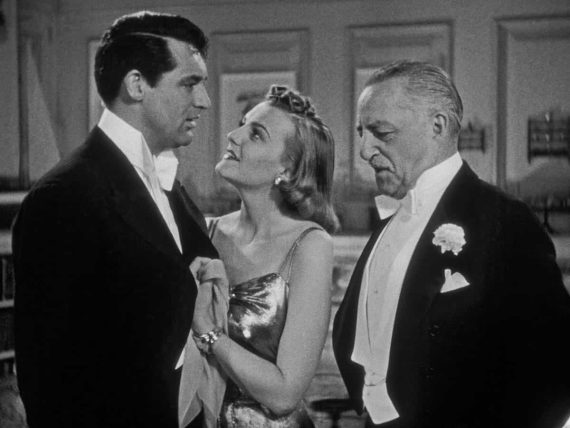 You see, Johnny has a grand plan. Ever since he was a child, he longed to work hard until his mid-thirties, then when he’d earned a decent amount of money he’d quit and take a few years out to ‘find himself’ and enjoy life whilst still young. This might make sense to a lot of people these days, but to a rich family back in the 30s, who long only to make as much money as humanly possible, Johnny’s plan is baffling. So the marriage plans fall on rocky ground.

Johnny does have support within the Setons though. Julia’s sister, Linda (Katharine Hepburn), is a free-spirited woman who feels trapped in the cold, lonely existence she endures in the family mansion. She longs for Julia to run away with Johnny and enjoy life, so is devastated when the engagement looks to be off. As time goes on it seems perhaps Linda has feelings for Johnny too, muddying the waters even further. Her only confidante is her brother Ned (Lew Ayres), who is also unhappy in the Seton home, but has given up and turned to alcohol. 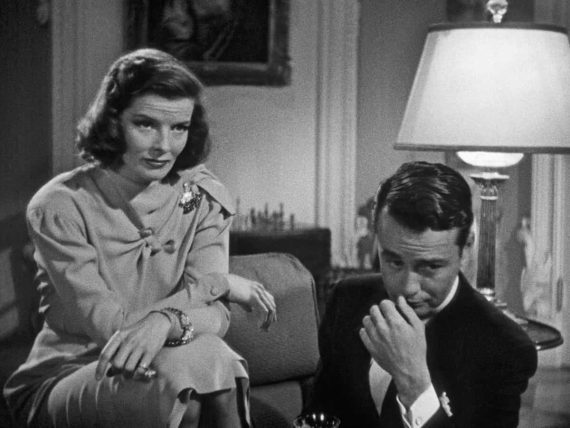 Criterion’s release of Holiday is interesting in that it includes the first film adaptation of Philip Barry’s play on the disc. In 1930, two years after it was written, Edward H. Griffith directed Holiday for the big screen. Its remake, directed by the great George Cukor, has overshadowed it and being able to compare the two in this set helps you see why.

In particular, comparing the versions shows the importance of casting and how much of a difference actors can make to material. Yes, the script has been tweaked a little, and Cukor adds subtle movement to bring the stagey setting alive a touch, but its the cast that really shine in the 1938 version. The most notable difference is in who plays the Johnny character. Robert Ames took the role in 1930 and he simply does not have the charisma to play a man that prompts Linda to say “life has walked into this house today” on meeting him. Cary Grant, on the other hand, is as charming and excitable as ever and even performs several somersaults to prove his liveliness.

The one-upmanship between casts doesn’t end there. In the second-half, Holiday centres more closely around Linda and, as good as Ann Harding is in the original film, few, if any, actresses can match the mighty Katharine Hepburn. She’s perfectly cast in the role, with both the free-spirited aura and depth to create a well-rounded and captivating character. Lew Ayres is very good as the permanently drunk Ned too, providing as many priceless and occasionally quite devastating glances as Hepburn. His character could have easily been mere comic relief, but he plays it in such a way that Ned becomes a lost soul you feel sorry for behind his witty snipes. 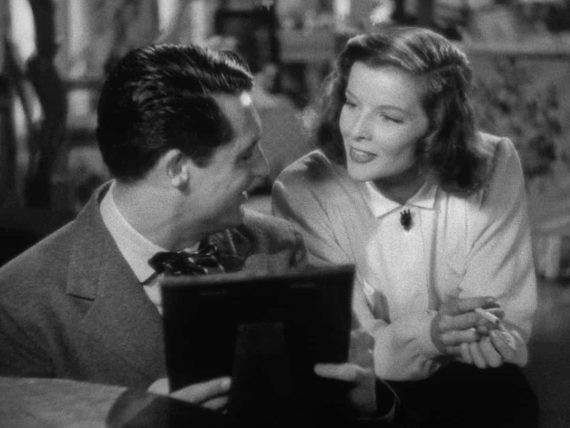 There is actually one carry-over from the 1930 film into the 1938 remake and that’s Edward Everett Horton. One of the comedy greats of the era, his CV is impressive, appearing in countless films between the 20s and 40s, and rightfully so as he’s always a delight to watch. Cukor’s film turns his character Nick Potter into a professor friend of Johnny’s, adding a new dimension to his appearance alongside his wife Susan (Jean Dixon) at the glamorous engagement party.

Cukor and his cast turn Griffith’s fairly stuffy and bland take on Barry’s play into a classic that’s full of life, as is required from the story. It’s not quite the fast-paced screwball comedy I expected though. This is likely why it’s not as well-remembered as Bringing Up Baby and The Philadelphia Story. There is plenty of humour here but, as mentioned previously when describing the Ned character, the film shows the downside of living with money. Watching rich people moan about life being hard can often be insufferable, but it’s handled well here. Linda and Ned are clearly unhappy but it doesn’t openly blame money or rub their luxuries in our faces. Instead, we’re shown how restrictive their life is and how much control their subtly overbearing father has over everything. This helps the audience side with Johnny when he wishes to break free and enjoy himself. 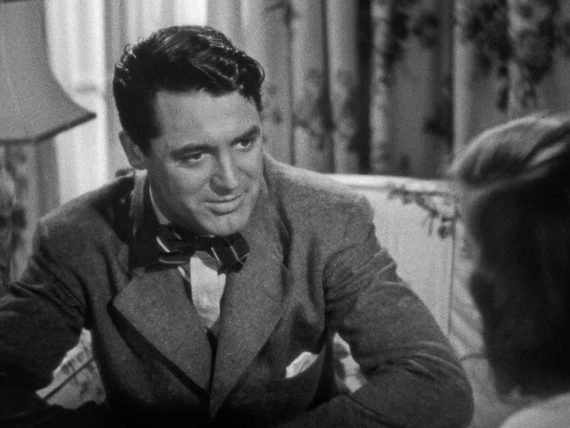 The core theme of the film is freedom in fact, which is a key American subject, but Johnny’s wish to cut short his rise to the top to do some soul-searching subverts the usual idea of the ‘American Dream’. Traditionally it celebrates the hard-working Americans who achieve success and prosperity by putting in the effort. Johnny wants to work hard to a degree, but then quit and truly exercise his right to live free. The film also shows how the young Setons have been born into the success and prosperity most Americans dream of, but lack the freedom one might think it would grant.

Overall then, Holiday is a wonderful romantic comedy from Hollywood’s Golden Age that has a melancholic edge, allowing for more weight than I expected. Keeping plot and setting to a minimum, instead focusing on character and theme, it’s a finely crafted classic driven by several great performances. It may not be as crowd-pleasing as some of Grant and Hepburn’s other collaborations, but it’s every bit as good.

Holiday is out on 13th January on Blu-Ray in the UK, released by The Criterion Collection. The newly restored transfer is pretty decent, but not the strongest to be honest. It’s not pin-sharp and the grain is quite heavy, plus there’s a little noise on the soundtrack.

It may not look like a long list of extras and I’m always disappointed to see a lack of commentary, but there’s a whole other film added here. As mentioned in my review, we get Edward H. Griffith’s 1930 adaptation included in the package. It’s certainly the weaker of the two films, but it’s not bad and it’s great to be able to compare the versions. The other two video extras are excellent too, providing thoughtful analysis and valuable production background. I didn’t get the booklet to comment on the essay.