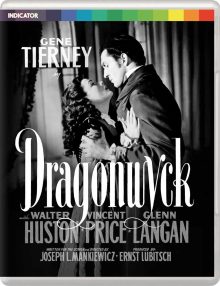 The New York Times recently ran an article in which several critics chose the 20 best TV dramas since The Sopranos. As a supplement to the article, the writers were also given the opportunity to suggest another show omitted from the list and asked which show in the top 20 they would swap it out for. The most popular choice for removal was Aaron Sorkin’s political drama The West Wing, one of my personal favourite shows. While it was once a top choice for most critics, The West Wing and Sorkin’s eloquent style have gradually become unfashionable in the face of the emergence of a grittier, hiply unsentimental approach. I get it, I do. Though I love Sorkin’s writing, I’m not blind to the flaws and when they become overwhelming the result can be cloying, preachy or, worst of all, Studio 60 on the Sunset Strip! But more often than not, for me at least, Sorkin’s style works beautifully and as a lover of words and a sentimentalist at heart, The West Wing (as well as its lesser-known predecessor Sports Night) remains one of the high watermarks in TV drama.

I mention all this because my love of Sorkin’s writing is similar to the experience I have had as a fan of Joseph L. Mankiewicz. A verbose intellectual known for his witty, florid screenplays, Mankiewicz had been working in the film industry for two decades as a writer and producer when he finally got the chance to make his directorial debut. As a writer/director, Mankiewicz created some of his finest, most acclaimed scripts including the evergreen All About Eve, which few argue against as one of Hollywood’s finest screenplays ever. But Mankiewicz’s style, like Sorkin’s, would fall out of fashion and received wisdom first became that he was a much better writer than he was a director and finally that he wasn’t all that good a writer. As with Sorkin, its easy to understand the criticism but even in stodgy puddings like Mankiewicz’s would-be epic romance The Barefoot Contessa I can usually find much to enjoy, losing myself in a maelstrom of magnificent verbiage. 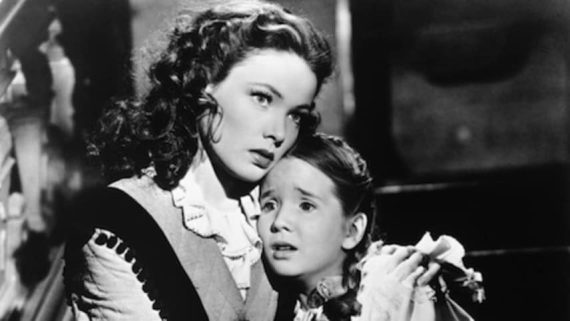 Despite Mankiewicz falling out of favour as a contender for the list of great directors, most fans of cinema have seen at least one of his films; if not the masterpiece All About Eve then maybe the sprightly relationship comedy A Letter to Three Wives, the infamous epic Cleopatra or the musical Guys and Dolls. And with the magical romance The Ghost and Mrs. Muir and the fascinating puzzlebox Sleuth, Mankiewicz dispelled accusations that his writing was all that was propping him up by creating idiosyncratic classics from scripts by other writers. But Mankiewicz’s debut, the Gothic melodrama Dragonwyck, is something of an inauspicious start. For his part, Mankiewicz was unenthusiastic about the prospect of adapting Anya Seton’s novel, fearing that it would pale in comparison to Alfred Hitchcock’s recent, similarly-themed Rebecca. In terms of both story and production design, Mankiewicz was correct. Dragonwyck’s tale of a farm girl who finds herself relocated to the titular eerie manor house suffers greatly from a lack of atmosphere due largely to its failure to convince the viewer of the cavernous surroundings that such an imposing name demands. In sharp contrast to Rebecca’s glorious realisation of Manderlay, Dragonwyck looks for all the world like an elegantly decorated sound stage. I kept waiting for the players to step down out of the rooms onto a studio floor which was not visible but felt tangibly present just out of shot.

If one wanted to underline the point that Mankiewicz is a better writer than a director, Dragonwyck would do as Exhibit A. His script, though plodding in pace and not always done justice by inadequate thespians such as Glenn Langan and an off-form Gene Tierney, is perfectly decent and occasionally rises to dramatic crescendos or sympathetically soap-boxy treatises that enliven the stale air around them. But Mankiewicz seems unconfident with the camera, shooting too close in on the characters so that the screen feels cluttered and the action small and inconsequential. As a first film it would be cruel to judge Dragonwyck too harshly and Mankiewicz quickly improved as a director but the overwhelming impression here is of a passionless, missed opportunity, even when the drama reaches its most tense moments. Yet the story Mankiewicz has been tasked with adapting is a rather staid one and even the most impressive writers (among whom I personally would count Mankiewicz) would have struggled to make much of it. 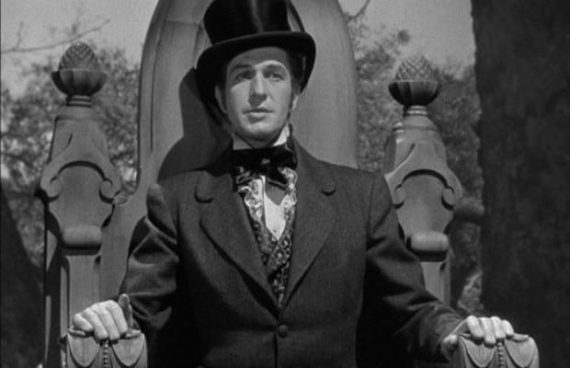 Much of the pleasure in watching Dragonwyck comes from Vincent Price’s central turn as Dragonwyck’s sinister owner Nicholas van Ryn, a role ripe for parodic overplaying but in which Price strikes an excellent balance between relishable villainy and enigmatic restraint. Price has always been valued by cinema lovers as one of the most fun actors to watch, often due to the ludicrous roles he was game enough not only to take but to throw himself into with the passion of an Old Vic stalwart. Something of a breakout role for Price, van Ryn mostly allows him to demonstrate his skills as a serious actor of real presence while also affording the opportunity for some skirting of the edges of camp in his final, dramatic scenes which he nails with a gleeful, ferocious dedication. Dragonwyck might not be the best film for advocates of Mankiewicz but for Price aficionados he is worth the price of admission. It is easy to see how this role led seamlessly into the horror film parts with which he became inextricably linked in later years.

If Dragonwyck holds a minor place in Hollywood history, especially when compared with the ample Gothic dramas that so blatantly upstage it, it is at least an interesting starting point for one of cinema’s great underrated directors. I wouldn’t recommend it as a starting point (for that, try The Ghost and Mrs. Muir or just jump in at the deep end with the exceptional All About Eve) but Dragonwyck is a diverting enough way to spend 100 minutes and an interesting glimpse into Mankiewicz’s first stint in the director’s chair.

Dragonwyck is released by on Blu-ray by Indicator on 22 April 2019. Special features are as follows: