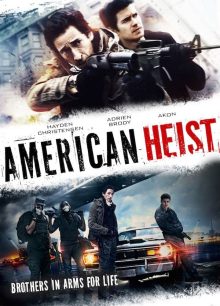 Blueprint: Review have been given access to an exclusive behind the scenes video from the forthcoming action thriller, American Heist.

Set in New Orleans, Louisiana, American Heist follows the build-up to a bank robbery that transforms from ‘a little business’ to what would become one of the most dramatic and bloody attacks in American history. Check out the trailer here.

The film will be released digitally in the UK, available on demand on all major platforms, on Monday June 22nd 2015.

The behind the scenes video can be viewed below: