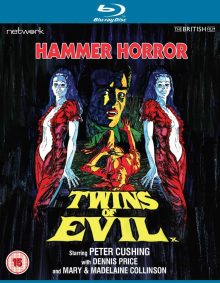 When it comes to Hammer horror films, there are those that are great and those that are decidedly shoddy, and this most certainly is one of the former.

Presented for the first time on Blu-Ray, we get to see this early 1970’s classic in all it’s blood splattered glory with barely a grainy film cell in sight. And, what the higher quality transfer doesn’t do is remove any of the brooding darkness, which is great.

Peter Cushing stars as Gustav Weil, the head of a witch-hunting brotherhood at loggerheads with the local nobleman, Count Karnstein (Damien Thomas), who favours satanic learnings and the pleasures of the flesh over the teachings of the bible. 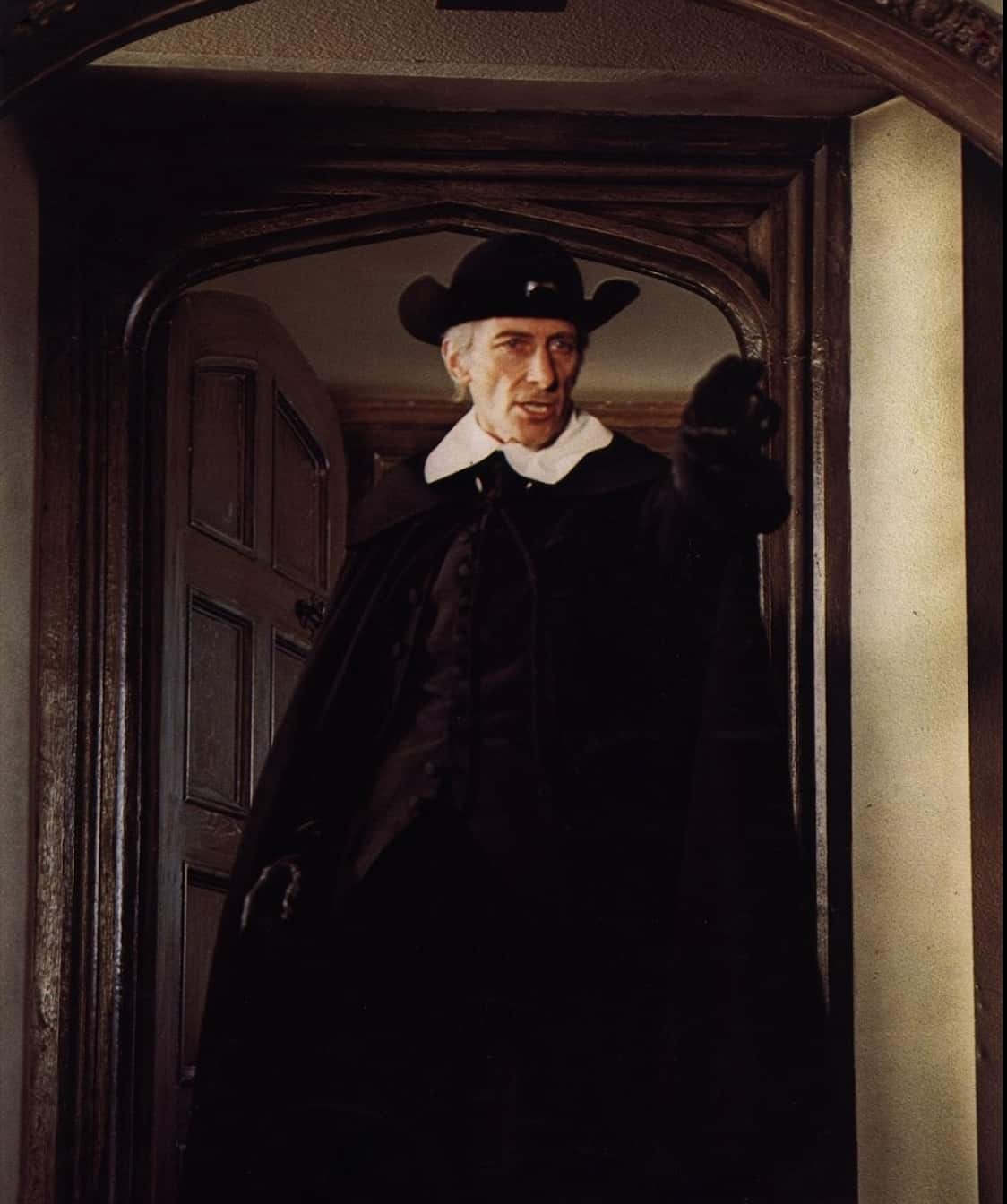 Weil and his men have gone too far in their quest to cleanse the county of the unpure, burning many an innocent young girl and incurring the wrath of the Count, who remains largely untouchable due to his standing and good relations with the ruler of the land; the Emperor.

When Weil’s recently orphaned nieces (and 60’s playmates played by Mary and Madeleine Collinson) Freda and Maria turn up, and the feisty and inquisitive Freda makes a play for the satanic Count, things really start to heat up. 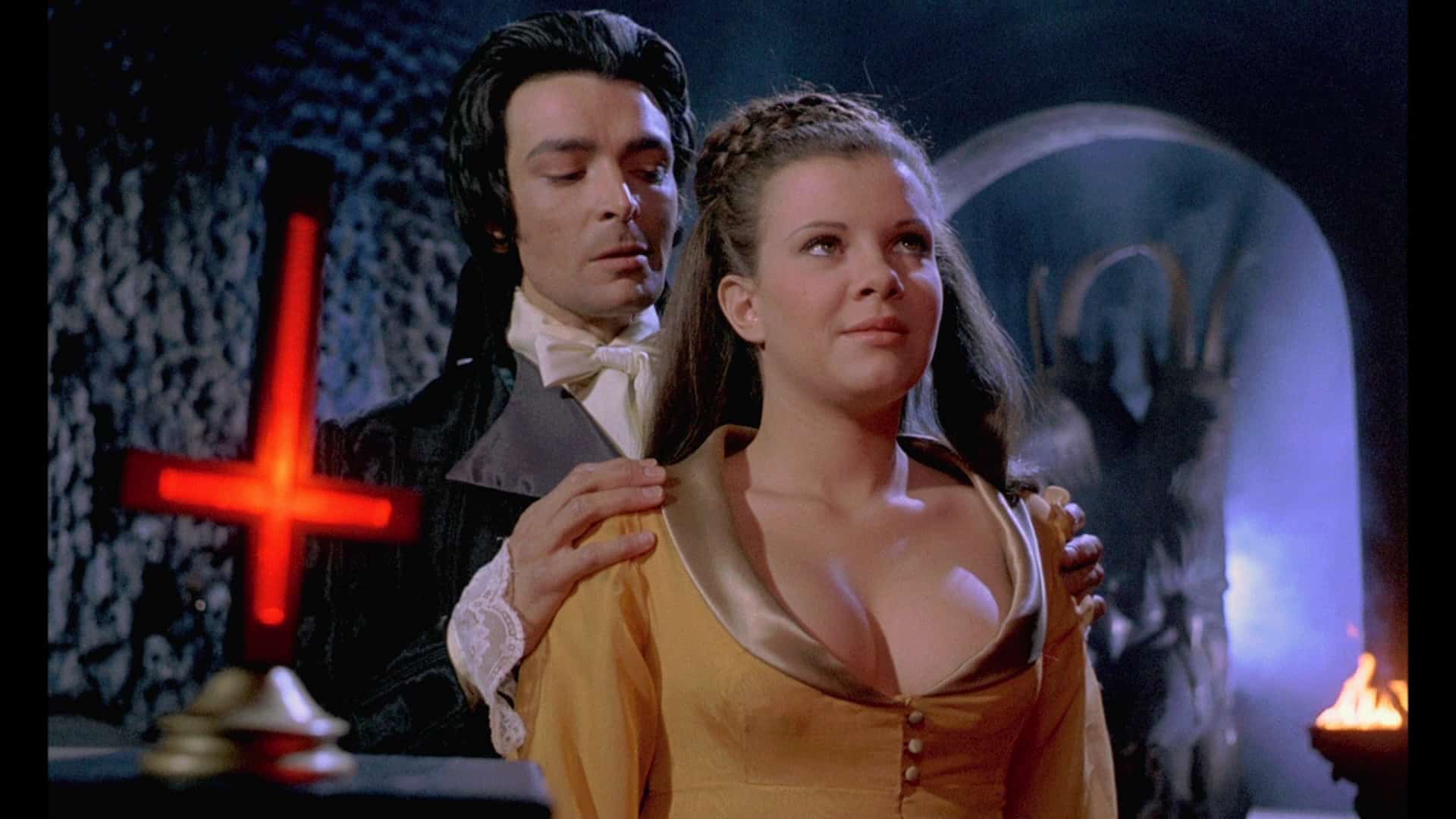 In the end it is up to Gustav Weil and local Choirmaster, Anton, to try to rescue the girls and end the Count’s reign of terror, seduction and black magic. But as Anton, Weil and the brotherhood close in on the Count, who can be sure which of the twin girls is a daughter of darkness, in league with Satan, and which is her wholly innocent and God-fearing sister?

This is a great tale that keeps your attention throughout. Costumes and set designs are great as is the picture and sound quality, and the flaming torches, vast woodlands, horseback rides, castles, creepy courtyards are as you’d expect.

The best quote of the film has to be from Cushing:

‘The Devil has sent me….TWINS OF EVIL!’

Note: ‘The Vampire Lovers’ and ‘Lust for a Vampire’, together with ‘Twins of Evil’ form a loosely connected ‘Karnstein Trilogy’.