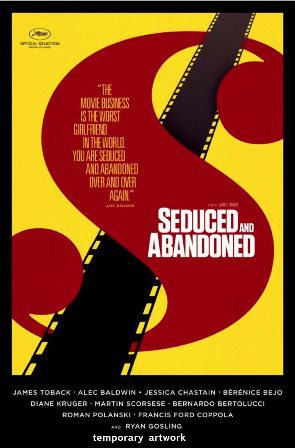 The premise for Seduced and Abandoned sounds promising for cinephiles like myself. Director James Toback and actor Alec Baldwin travel to Cannes Film Festival in order to try and acquire funding for their new movie idea, a remake of Last Tango in Paris set in modern day Iraq. While there they talk to many famous film stars and directors about their own experiences with putting together the funding and support to make their would-be masterpieces in a fascinating but cruel industry that repeatedly, as the title suggests, draws them in and then stabs them in the back.

Seduced and Abandoned has received much praise for offering a revealing glimpse into just how tough it is to put together a movie, even with the weight of name stars and directors behind it. These films, which we tend to take for granted, require a great deal of often soul-destroying effort even to get into production and it ought to be a real eye-opener to see this process in action. Unfortunately, Seduced and Abandoned all feels a little too pleased with itself even as its focus shifts wildly, creating a frustrating and disorienting experience for the viewer.

The main problem I had with Seduced and Abandoned was its mock structure. Toback and Baldwin clearly never had any intention of making their Iraq film and, while they have come up with a concept which is amusingly odd but passably plausible, their smarmy smirking throughout the proceedings rob it of this plausibility. Perhaps this is meant to act as a tipped wink to those viewers who haven’t quite picked up on the hoax element of Seduced and Abandoned but it makes our guides on this journey seem irritating rather than knowingly likable.

But Seduced and Abandoned could have still worked had it just been more deftly cut together in the editing room. There are plenty of big name interviews, including Martin Scorcese, Francis Ford Coppola, Roman Polanski, Ryan Gosling and Bernardo Bertolucci, the director of the original Last Tango in Paris. There are tons of clips from the classic films that are referenced. This should be a mouth-watering feast for the cine-literate (the film assumes a fairly healthy knowledge of classic cinema and its key players from the outset). But the footage is pieced together with such undisciplined waywardness that the result is an unfocused mess that refuses to stick to its fascinating central subject without breaking off for an unrelated anecdote or some self-satisfied tomfoolery. 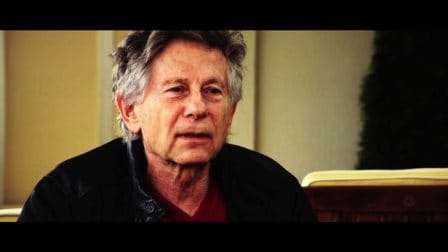 Toback’s previous documentary Tyson proved that he could direct an excellent, well-constructed film that tells a coherent story. But by stepping in front of the camera Toback assumes the same smug standpoint that has marred so many Michael Moore, Morgan Spurlock and Nick Broomfield documentaries, with the filmmaker placing themselves in such an important position in the narrative that they lose sight of their topic in favour of celebrating their own cleverness. There was a fascinating film to be made here but, by putting their own good time over the quality of the end product, Toback and Baldwin have failed to put it together.