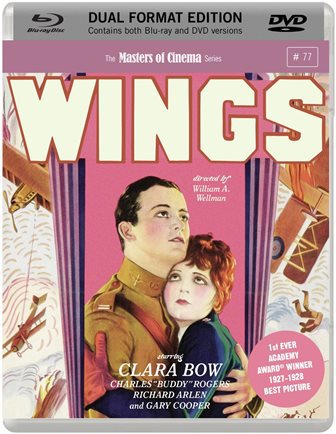 There are some films that become retrospectively more famous for the wrong reasons. Chief among these is Robert Redford’s excellent Ordinary People, the 1980 Oscar winner for Best Picture. Almost invariably when it does get a mention, Ordinary People is referred to primarily as ‘the film that beat Raging Bull’. It’s a shame when Oscar injustices stand in the way of films being taken on their individual merits but it goes right back to the very first Best Picture winner. It’s impossible to talk about Wingswithout mentioning its place in history as the first ever winner of Best Picture but at this earliest of Academy Award ceremonies there were actually two top awards, the other being the award for Unique and Artistic Production which spotlighted more highbrow films and was awarded to F.W. Murnau’s Sunrise, widely recognised as one of the greatest silent films of the era. This was the first and last Unique and Artistic Production award and in later years the Academy decided that the award given to Wings was the top honour, ensuring the film went down in the history books as the first big Oscar victor. A good many people saw this as an injustice and Wings is often swept aside with a contemptuous shrug in the clamour to praise Sunrise.

But Sunrise’s brilliance should not colour our opinion of Wings. Wings may not be as artistically startling as Murnau’s film but, in many ways, it was every bit as groundbreaking, with its remarkable scope, diversity of tone and breathtaking action sequences which still stand as some of the greatest ever filmed. Wings was its era’s equivalent of a blockbuster and, while that term wouldn’t be coined for many decades, it has every element you’d expect from that type of film at its best. This extremely expensive and ambitious project was surprisingly entrusted to William A. Wellman, a director who had yet to prove himself commercially or artistically but whose experience as a flyer in World War One helped him land the job. Amazingly, Wellman’s dedication to authenticity saw him insisting that his leads took flying lessons in order to secure real close-up shots of them in the cockpit. For Richard Arlen, who had also been a flyer, this was not so hard but the boyish Buddy Rogers had no experience whatsoever. He proved his mettle by spending hours in the air, fully dedicating himself to his performance as he soared through the clouds and then throwing up afterwards. 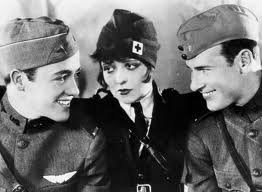 It’s a mark of Wellman and his cast’s determination to make a great film that they went to such lengths, but was it worth it? This superb new transfer courtesy of Eureka’s Masters of Cinema series will hopefully help more people discover that the first Best Picture winner was also the first GREAT Best Picture winner. The tale of two love rivals who go off to war together and eventually forge a love for each other stronger than for the object of their romantic desires, Wings has a reasonably simple plot but is peppered throughout by astonishing set pieces. Even by today’s standards it’s easy to appreciate what a huge achievement Wings is. It’s a rip-roaring adventure film with laughs, romance, tears and even a smattering of animation, but above all thrills. The film’s one major weakness is a tendency to wallow a little too indulgently in sentiment. There’s a scene near the beginning when one of the leads says goodbye to his parents that seems to go on forever and the ending wavers between one of the most touching and unrestrainedly tender depictions of the love between two men ever put on screen and a tiresome desire to overstate and linger on the emotional extremes that are more likely to push most viewers to roll their eyes rather than dab them with a hankie. Had Wellman just pulled back a little from this fashionable melodrama Wings would have been all the better.

But in an almost two-and-a-half hour film these moments are few and far between and for the rest of the runtime, aptly enough, Wings flies by. The highlights, of course, are the aerial displays courtesy of a superb group of stunt flyers. Wellman intercuts long shots of these swooping, nose-diving acrobatics with close-ups of his actors in the cockpits, creating a realistic illusion that neatly sidesteps dodgy back-projection or obvious doubles. The action is also intercut with explanatory captions the like of which Top Gun could really have used a few of! This means that the viewer is never at risk of losing track of what’s going on amidst the action and, as this is a silent film, it does not seem patronising or out of place since we’ve been reading captions throughout. While the action in many old adventure films may look creaky to modern day viewers who are not willing to play along, Wings never seems anything less than real and jaw-dropping to this day 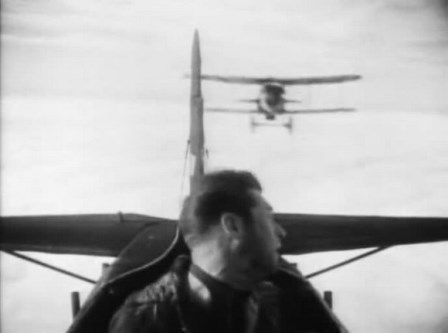 Wings keeps pulling these great airborne scenes out whenever it would otherwise risk becoming flabby but the scenes on the ground are generally enjoyable too. The would-be romance between Buddy Rogers and Clara Bow is a light-hearted distraction that offers much enjoyment, even if Bow is only present because of a rewrite so that Paramount could throw their biggest star of the time into the mix. Despite being Wings’ only big name (other than Gary Cooper, whose pre-fame performance is much trumpeted in reviews but, though effective, lasts less than two minutes), Bow only pops up periodically to inject a touch of girl next door charm into what even she acknowledged was a man’s picture. ‘I’m just the whipped cream on top of the pie’, she memorably lamented. Bow’s biggest scene is also Wings‘ strangest. Coming after the intermission and Wings’ first major action set piece, the film takes a diversion to Paris as the heroes go on leave. Bow is sent to retrieve them when orders are sent out for all leave to be cancelled in favour of ‘the big push’. She encounters oblivious love-of-her-life Rogers in a complete drunken stupor in the Folies Bergere and must battle to drag him away. The obliterated Rogers has become obsessed with champagne bubbles and sees them everywhere, emerging from glasses, dresses and musical instruments. It’s a surreal interlude which goes on a little too long but is nonetheless a fascinating comic experiment which adds to Wings‘ allure. 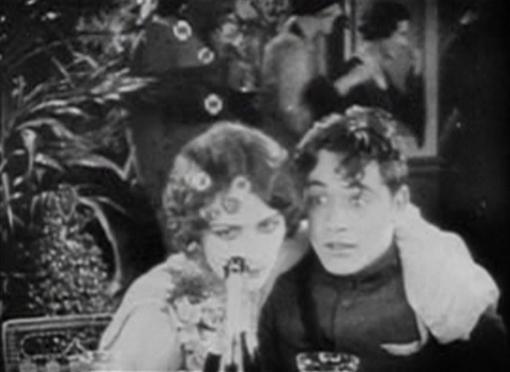 The Parisian bubbles interval is not the only comedic moment in Wings. There are several treasurable moments involving minor comedy relief Herman Schwimpf, a patriotic immigrant nicely portrayed by vaudeville comedian El Brendel. There’s a running gag about a Stars and Stripes tattoo which is very funny and, in a nice touch, this loveable buffoon is allowed to stick around as a mechanic when he fails as a flyer, retaining a pleasing and sparingly used vein of humour in Wings all-purpose package. 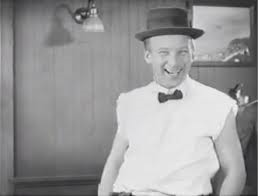 The earliest Academy Award Best Picture winners have almost all dated quite badly. The rusty musical The Broadway Melody, the murkily dull western Cimarron and the dated high-class soap operas Grand Hotel and Cavalcade are all mainly of interest for little more than historical reasons. But there are two exceptions to this rule, both war films. Wings and All Quiet on the Western Front remain two of the finest Best Picture winners of all. Both examine war but from very different perspectives; All Quiet on the Western Front is a deliberate, philosophical anti-war film while Wings is in it for the thrills, spills and romance, while never losing sight of or minimising the death and destruction so crushingly felt by everyone involved. The heroes of Wings may be keen to face the enemy at the start of the film but by the end this gung-ho attitude costs them dearly. Sadly, while All Quiet on the Western Front is an acknowledged classic, Wings still languishes in the historical curios file. These two early Oscar winners would make a great double bill and we can only hope that this re-release of the still underseen Wings will help many more viewers rediscover its undimmed appeal.

Wings is released on dual format Blu-ray and DVD by Eureka as part of their Masters of Cinema series on 27th January 2014. As well as offering two versions of the film with different scores, the package also includes a 35 minute making of documentary and two fifteen minute documentaries on the restoration of the film and on planes. There is also a 40 page booklet included, featuring essays, interviews and profiles of the stuntmen who worked on the film