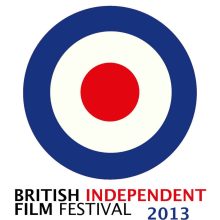 The Film Festival Guild is proud to announce the expansion of the British Independent Film Festival. Now in its 4th year, the festival promises to be bigger and better than ever. The glitzy Empire Cinema in London’s prestigious Leicester Square plays host to the main event, whilst simultaneously the festival line up will be playing on 11 cinema screens across the country!

This year’s selection of films promises to be the best yet, and includes a number of highly talented directors and actors, including Martin Freeman, Tom Hollander and Anne-Marie Duff.

With an average attendance rate of over 90% at all their screenings in 2012, this next festival is set to be even bigger, giving film makers more exposure, more reviews and more excitement for their films, whilst film lovers will get to see the ‘next big thing’ first!

The British Independent Film Festival will take place in the following cinemas throughout May:

The Kinema in the Woods Cinema, in Woodhall Spa, Lincolnshire is fairly local to the Blueprint HQ and we urge anyone else in the Lincolnshire area to head over on Saturday 11th May and Sunday 12th May to see the best of this year’s independent productions.

Tickets will be available soon through both the Film Festival Guild website and The Kinema in the Woods Cinema website.

More information and a full list of entries are available at www.filmfestivalguild.com

And here’s a look back at last year’s event: