There aren’t too many sci-fi first person shooters about, which is mystifying when you consider the limitless potential of exactly who you could have shooting the tentacles off of what.

Not that it really matters when we have developers Insomniac Games adding the third, and possibly final (we’re not saying), instalment to its PS3 exclusive Resistance series.

Like most sequels (and we’re talking about Resistance 2 here) the situation in the campaign ends at pretty much the level that it starts. Sure, there are ups and downs, smiles and frowns, along the way, but it’s always made clear that the battle is far from over by the time the closing credits appear, because they want to make it clear there will be a sequel.

We’re not sure why games seem stuck with the whole trilogy idea; maybe next year’s Halo 4 (another rare example of a great sci-fi FPS) will break it of its habit.

So Resistance 3 starts a while after the end of 2. The alien Chimera (they’re the bad guys) have been busy wiping out the human race and now it appears that the good old USA is the last remaining stronghold. 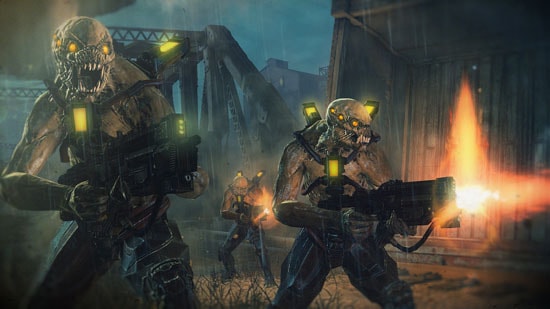 Before long it’s explained that the Chimera have opened up a wormhole onto planet Earth, heralding the next ice age. Chimera like things on the chilly side, you see. You should see their electricity bills.

You play as former solider Joe Capelli, a man haunted by traumas in his military past and missing his wife from whom he was forcibly separated. Insomniac immediately surprises us with this believable, surprisingly vulnerable character for us to give a monkeys about in all the action; something of a rare occurrence in gaming these days.

Not that he’s a pushover in a scrap of course, and he’s a pretty mean aim too, which is handy as Resistance 3 is littered with all manner of bizarre weapons, each of them a lot of fun.

Another fact that’s a lot of fun is that the weapon wheel from the first Resistance has returned, after being removed from Resistance 2. This brings back the frankly preposterous notion that Joe can carry all 12 of the games weapons without so much as breaking a sweat or his back.

Anyone reading this and scoffing that this just isn’t very realistic, re-read the last eight paragraphs. 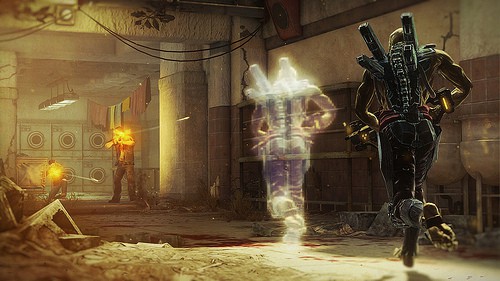 Examples such as the weapon wheel returning place a firm emphasis on the gameplay being as fun as possible, at the expense of gritty realism, of which I think it’s safe to say we have enough when you scan the biggest selling FPSs these days.

Something else that makes this refreshingly fun shooter stand out from its modern day peers is the retro kick back to the days when, if your health went down to say, 17 per cent, crouching down behind a crate and waiting 10 seconds actually has no effect.

It stays at 17 per cent. No, if you want to gain back any health then you’re going to have to seek out health boosting vials, leading to some fantastic frenzied sprints through crossfire in order to boost your vitals.

Luckily, there are usually a decent amount of vials lying about, as well as ammo, meaning that it’s rare, if ever, that you’ll find yourself facing a near impossible situation, armed with 2 per cent health and a fruit knife.

Resistance 3 has a cracking story too, at times laugh-out-loud funny, sometimes with jaw-dropping set pieces; it’s even moving from time to time, mainly when our main man is involved and trying to reach the love of his life. 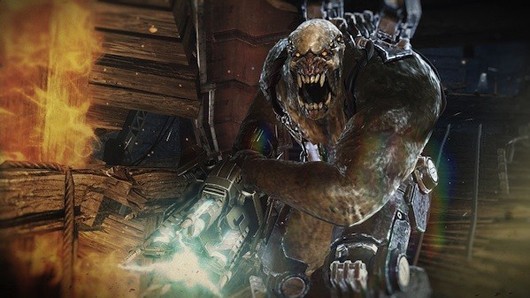 The campaign can also be played in two player co-op although, inexplicably, Insomniac has removed the eight player co-op feature that players loved in Resistance 2. We’ve searched and can’t find any explanation from them for this. Perhaps it just didn’t suit the tighter dynamic of the game this time around.

Multiplayer is much the same as last time, with familiar modes such as Breach and Capture the Flag complementing the obligatory Deathmatch and Team Deathmatch. Again, having that alien element involved means that Insomniac could go a bit crazy with the CoD style perks.

Our favourite was Resistance’s answer of CoD’s ‘Last Stand’ perk, where instead of holding out a pistol as your life ebbs away, a host of alien spawn burst out of your chest, attacking anything nearby and earning you XP with any damage dealt.

Unusually for a modern FPS, we have to say that the campaign here is the main reason to buy. There’s nothing all that wrong with the multiplayer, but it’s essentially well-trodden ground. And while the campaign isn’t going to set the world on fire (not with that icy wormhole anyway), it’s certainly a lot more entertaining than some of the darker offerings out there at the moment.