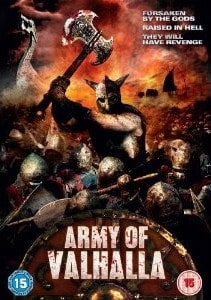 In 9th Century Poland, a cruel prince, Popiel, (who is acting as regent following his elder brother’s demise), rules the land with an iron fist, egged on by his slave wife who only cares for their son’s future, whatever the cost. She persuades prince Popiel, in a scenario familiar to all readers of Shakespeare’s Richard III, to do away with two young princes in his care so that her own son will inherit his kingdom should anything happen to him. She is rightly scared that once one of the young princes takes the throne her own son will have no status at court. Popiel murders one of them and blames the other young prince for the crime; consequently he has the innocent prince blinded and cast out of the kingdom. Any advisors who disagree with him he later has poisoned to ensure his illegitimate son has a right to his throne.

Only Piastun, commander of the army, refuses to kowtow to the Popiel’s commands and sees right through the subterfuge and is driven into hiding as a result. This then sets off a new chain of events involving a Viking outcast, Ziemovit, who rescues him from some of the prince’s thugs, and a nearby village, which is prepared to believe Ziemovit and stand up to the nasty prince whatever the cost. 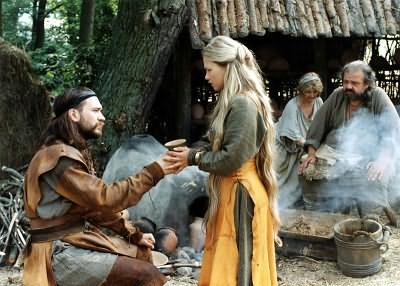 Army of Valhalla should probably be renamed, as the Viking army doesn’t make an appearance until much later in the film as for-hire mercenaries in thrall to the evil prince. However, this Polish film, loosely based, it seems, on historical fact, does make a decent entry into the Viking sub genre of action films and should be applauded for its authentic look and feel.

Whilst the story is a bit convoluted at times, with different factions all seemingly at odds one minute and then bonding over mugs of mead the next, the action sequences are well handled with some extremely strong violence in some of the short and sharp battle scenes, including one of the best cinematic beheadings I’ve ever seen. However, if you’re really a big softie, there’s also a love story at the heart of the film played out between the outcast hunter, Ziemovit, and the head of the main village’s daughter, who is out of bounds because she is promised to the gods – a fact which causes all sorts of problems for our erstwhile hero! 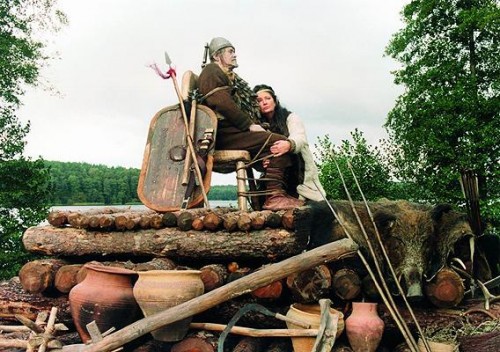 My only real gripes with the film are that the CGI used is of pretty low quality and resembles video game technology from a decade ago (which could be explained by the fact the film is dated 2003 during the end credits) and the story is a bit too melodramatic at times with characters over-egging their predicaments to a point where at times it feels like a 9th century version of Eastenders! Maybe that’s what Polish audiences expect, but some of the dialogue scenes did seem a little overblown to me, and it felt like I was watching an exaggerated version of a Shakespearian tragedy at times.

Metrodome will release this film on DVD on 18 July 2011. No additional extras were included on the discs so I’m guessing there won’t be any on the general release copy.