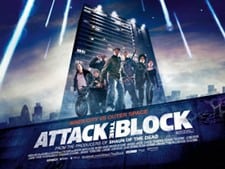 A smart, fun and brilliantly pitched entertainment-horror that doesn’t shy away from its limitations. Instead Attack the Block actually makes the most of them to create a low-budget, high value British take on the horror siege flick, in which South London hoodies battle aliens, gangsters and low phone credit to take the fight back to an alien invasion on bonfire night.

First off ATB is unashamedly an exploitation film. Make no mistake: it’s silly, high concept and sticks hard to its title. There’s a South London council block and its very much under attack.

And increasingly so throughout.

As such ATB was always going to attract a certain audience and could so easily have been a forgettably naff-FX romp (Snakes on a Plane – I’m looking directly at you). There’s always a limit to how good these films can be, but if you go in to be entertained, ATB has a lot of grip, and, simply put, consistently delivers that little bit more than you might expect. Joe Cornish – of ye olde Adam and Joe show – seems like he’s been doing this for years in a fresh and confident writer/director debut. Employing upside-down character work, simple but strong directing and visuals, and good old fashioned smarts, Cornish turns hoodies from Harry Brown monsters to wisecracking, and even sympathetic, misjudged alien fighters. 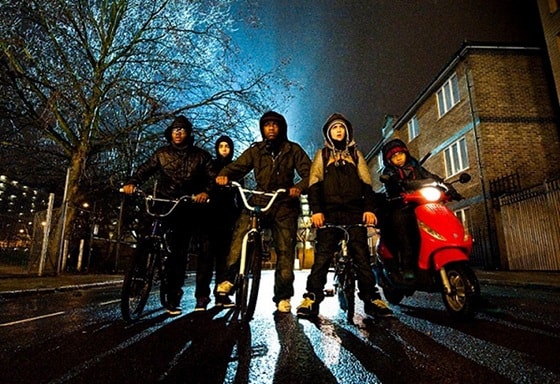 ATB is upside down because it starts with a mugging and then sticks with the perpetrators, following the chattery youths as they beat the life out of a surprising first alien, unfortunate enough to cross them mid-mug.

As they parade their conquest, more, meaner aliens arrive and the kids are quickly out of their depth, and the film is spent retreating and then fighting in the intimidating council block.

The trailer makes much of this hoodie-class spin on alien invasion and Cornish sticks fast to the idea. The kids are sharp and fun – their language a meticulously researched blend of sent-up street slang – and a gangster, younger block tearaways and police clashes all add to the subculture mix. There is a nurse, middle class idiot and Nick Frost to keep it accessible but ATB neednt have worried – the kids are all unique in their own way, and well worth the ride. 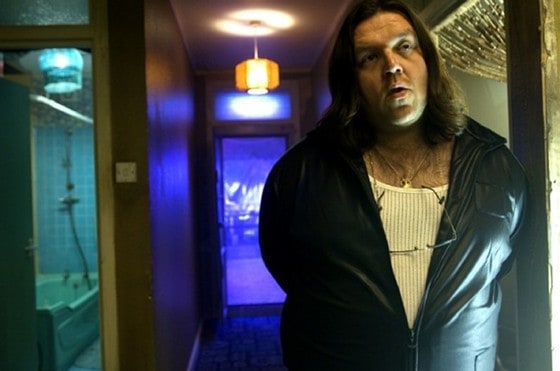 ATB never takes itself too seriously, but isn’t a comedy throughout. It does keep the pace up and creature-feature intentions true, but there are deeper and darker notes to keep you on your toes. It also isn’t afraid to have a hint of social commentary. It doesn’t have an agenda but also doesn’t throw the characters away – in particular gang leader Moses – too lightly. Overall Cornish has written a smart and witty script, flexing muscles that you may recognise from Shaun of the Dead (where he had a writing credit), and that earned him a job on Spielberg’s upcoming Tintin movies. The story mixes fun with tension and horror with only the occasional drawn out sequence that doesn’t quite click.

ATB looks sharp too. This is what makes it a real triumph. In addition to tight, confident direction, Cornish’s Pitch Black / Cup-A-Soup Hug Monster crossbreeds aren’t just a monster of the week, but a muscular use of low-budget problem solving. Bright alien teeth are the main evidence of the dark woolly threats, but there are several scenes when we see the scale of the threat in full – up close or in the background – and the effects never jar on screen. There’s also a naturalism about the sociology of the creatures, which elevates them above brainless movie-fodder to make “dem tings” not only fun, but also strong and real.

Mix all the ingredients together, and ATB is a quotable, highly enjoyable trip from start to finish. And a likely cult hit.