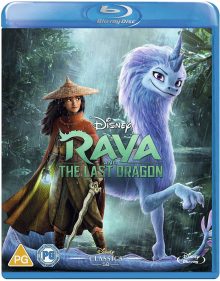 When I first saw an early teaser trailer for Raya and the Last Dragon I was excited. Not only am I a fan of East Asian action movies, which this seemed to be channelling, but I’ve got a huge soft spot for animated films and still love Disney movies, even though I’m fast approaching 40.

My excitement was spoilt when the COVID-19 pandemic ruined 2020’s release slate and Raya and the Last Dragon was pushed back, along with everything else. The news worsened when I later heard it was going to go straight to Disney+ and skip cinemas (not that any were open in the UK around its original release date). I don’t do subscription streaming services due to the endless flow of screeners I always have to review and my enormous pile of unwatched Blu-rays/DVDs/VHS tapes. Plus, the premium rental price was a bit steep, so I gave up Raya and the Last Dragon as a lost cause.

The film, however, is now getting a wider release, hitting 4K UHD, Blu-ray and DVD, as well as soon becoming available to all Disney+ subscribers without any extra cost. So, I managed to get access to an online screener and finally sat down to watch Raya and the Last Dragon.

The film is set in a world that once saw humans and dragons living together in harmony, before the former got into their usual bad habits of greed and war-mongering. This negativity brought forth the Druun, evil spirits that swarmed the land and turned whoever they touched into stone.

The last dragon, Sisu (Awkwafina), saves the world by channelling the power of the dragons into a magic gem. This banishes the Druun and frees the humans from their petrification, but unfortunately doesn’t save the dragons. 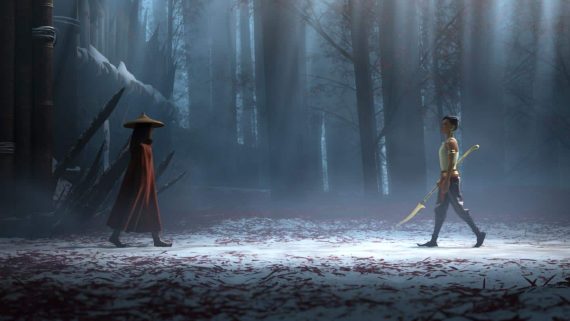 Following this, the humans form five factions and split the land up accordingly. They don’t get along and most are jealous of the Heart tribe, who are guardians of the dragon gem. The other tribes all want it for themselves.

When Chief Benja (Daniel Dae Kim) of the Heart tribe invites the others to meet and make peace, it doesn’t go to plan. His daughter, Raya (Kelly Marie Tran), is tricked by Namaari (Jona Xiao), the daughter of Chief Virana (Sandra Oh) of the Fang tribe, into showing her where the gem is. The Fang tribe try to steal it, but everyone else at the meeting goes to see what’s happening and fight over the gem. It ends up getting smashed into pieces and the Druun are once again unleashed. Among the chaos, Raya escapes but her father, among many others, is turned to stone.

We then flash forward six years, to find the world ravaged and still torn apart. Raya has been travelling all this time, trying to find Sisu who, legend has it, is still alive. She finds her and the pair head out to recover the broken pieces of the dragon gem, in the hope that Sisu’s powers, alongside the gem, will be able to release the countless humans and dragons from their cursed stone prisons.

This sounds easy, but the other factions are holding tight to each of their fragments of the gem and the grown-up Namaari (now played by Gemma Chan) is determined to stop Raya.

After my raised expectations and the delayed release, was Raya and the Last Dragon worth the wait?

Well, yes and no. I did enjoy the film, particularly as it played to my tastes. There’s a surprising amount of action and it’s well executed, for a Disney film. The martial arts sequences, in particular, are quite realistically animated and exciting. I also found the Druun suitably frightening. It all proved too much for my young daughters though, who regularly left the room or hid behind the sofa during the film. “I just don’t like sharp swords” were the words of my youngest.

Bringing up two girls, I also appreciated having a strong female lead without any male character jumping in to save her or providing a love interest. Raya just gets on with her mission, to save the world and her father. 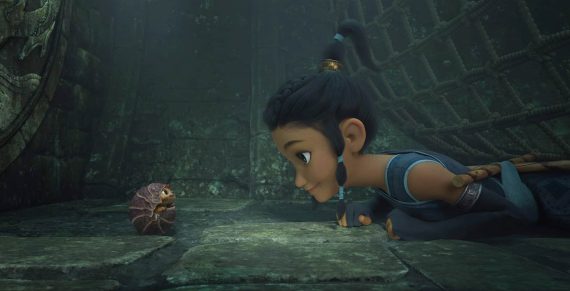 The film looks very nice too, with clear distinctions between the different factions keeping the visuals fresh as it moves on, though the designs aren’t particularly original and are a little ‘cutesy’ for my tastes. I wasn’t a fan of the soft, fluffy, colourful dragons in particular. They reminded me of a cross between Falcor from Neverending Story (which isn’t necessarily a bad thing) and a Ty beanie baby (not something to aspire to).

The dragon brings up another one of the problems I had with the film. As is common with a lot of (largely American) animated movies, the filmmakers feel the need to make some of the characters overly modernized and sassy, and here the chief culprit is Awkwafina as Sisu. OK, I appreciate her hyperactive, ditzy shenanigans might bring the energy levels up, but I just found her annoying. I always feel ‘hip’ banter like she spouts instantly dates a film. The best family movies are timeless. In my opinion, a fantasy film should jump into its world wholeheartedly and not feel the need to be ‘down with the kids’ by trying to have its characters act like modern teenagers. Pop culture references are largely avoided though, thank God.

This approach to character and dialogue is not the worst issue with the script though. The writing, overall, is pretty lazy. It starts off quite exposition-heavy, which always sets things off on the wrong foot, though I appreciate it’s difficult to create a whole new world without having to spend some time explaining its history. My main problem though was how uninspired it all is. The plot is driven by a bog-standard MacGuffin hunt and the theme is a typical Disneyfied call for unity and trust. This leads to a particularly poor ending that holds very little water (*SPOILER* so, you’re trying to tell me in the 500 years since the end of the original Druun attack, a group of people from the various factions have never trusted each other near the gem? And that ‘trust’, an abstract thought, can be some sort of magic power? *END OF SPOILER*)

Maybe I’m being too harsh on the film because I had high expectations. You could probably aim my criticisms at a lot of Disney films that I profess to love. However, something was lacking here to elevate Raya and the Last Dragon into the upper echelon of the studio’s animated classics.

It’s certainly breaking no new ground in its storytelling, but the film remains an enjoyable, beautiful-looking fantasy adventure. I could have done with less of the modern touches and the script could have done with a lot of work, but I still had fun and will likely watch it again at some point, with much lower expectations. 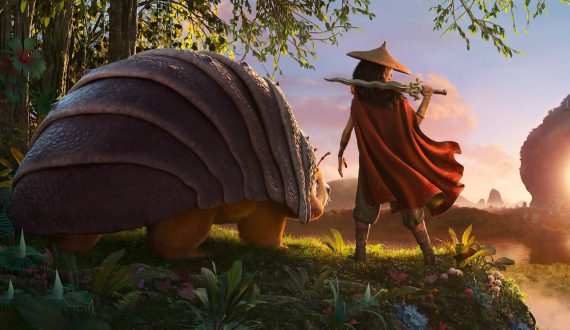 Raya and the Last Dragon is available on all major digital platforms now and on 4K Ultra HD™, Blu-ray™ and DVD beginning May 18. Consumers can enjoy never-before-seen bonus footage and deleted scenes in stunning Ultra HD quality and Dolby Audio. The film will also be available to all Disney+ Subscribers on June 4 for no additional cost.

I was given access to a private, watermarked online link, so can’t comment on the picture quality of any of the releases.

There are plenty of special features included with the physical releases:

– An Introduction to Us Again – Director Zach Parrish takes you behind the scenes of the Walt Disney Animation Studios short.
– Us Again – An elderly man and his young-at-heart wife rekindle their passion for life on one magical night.
– Taste of Raya – Dine along with Kelly Marie Tran and the film’s creative team–virtually–over a Southeast Asian menu inspired by the countries that influenced the film as they discuss their experiences creating the world of Kumandra.
– Raya: Bringing it Home – When the global pandemic of 2020 hit, production of Raya and the Last Dragon moved to the houses of over 450 people. We open a window into their lives and learn how they overcame massive obstacles to make an animated feature from home.
– Martial Artists – You’ll get a kick out of learning about the martial art forms and weapons used in the film as co-screenwriter Qui Nguyen and visual anthropologist Dr. S. Steve Arounsack share the inspiration behind the film’s action-packed elements.
– We are Kumandra – Meet members of the Southeast Asia Story Trust and discover the cultural influences that inspired the film…and how important this representation in a Disney animated film is to the people of the region.
– Outtakes – Step into the homes and behind the mics of the cast of Raya and the Last Dragon as they experience voice-over sessions in closets and shaky internet connections, which made recording this film unlike any other.
– Fun Facts & Easter Eggs – Take a look at some of the hidden surprises and behind-the-scenes secrets of Raya and the Last Dragon.
– The Story Behind the Storyboard with John Ripa – Co-Director John Ripa invites you to get an inside look at his thought process as he pitches a storyboard sequence from the film and talks about his amazing career with Disney Animation.
– Deleted Scenes
– Introduction – Head of Story Fawn Veerasunthorn introduces deleted scenes from Raya and the Last Dragon.
– The Bridge – Raya confronts an early version of the Druun in this deleted storyboard sequence.
– Escaping Namaari – See an early version sequence of an introduction to Namaari as an adult.
– Dragon Blade – Discover an early version of Raya’s sword, when it used to have magical powers.
– Meet Boun – Meet an early version of Boun before he was a chef and shrimp boat captain.
– The Heart of the Dragon – Co-Director John Ripa introduces a deleted scene which brought the theme of hope into the film.

Again, I didn’t receive a physical screener, so can’t comment on the special features.