Eureka Entertainment has just released this excellent horror double feature release as part of their Eureka Classics range showcasing two horror westerns (Nightwing and Shadow of the Hawk) with a supernatural edge to them both. This is the first time that both films are being given a Blu-ray release in the UK, and Shadow has never had an official release at all, even on video. 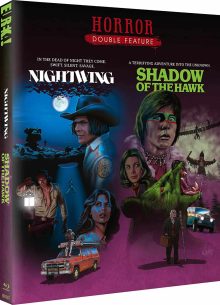 When a dying Indian shaman, Abner (George Clutesi), believes that a new plan to extract shale oil from out of some sacred ground on the Maski Indian reservation will completely destroy his tribe’s way of life he summons the Indian god of the desert to wash away the invading white folk, or at least that’s what he tells local sheriff, Deputy Duran (Nick Mancuso), when he asks him what he’s doing…

Whether supernaturally summoned or not, a massive swarm of vampire bats move into the general area and start creating havoc, not only killing livestock, but also attacking and killing some tourists. Add to the mix a feud between honest Deputy Duran (Nick Mancuso) and money hungry Chef Walker (Stephen Macht) and fireworks are going to ignite one way or another…

Also added to this volatile mix, and cruising around the desert, is Phillip Payne (David Warner), a guy who hunts vampire bats for a living (well he gets a grant!), which kind of gives Nightwing a ‘Jaws or Orca with wings’ kinda vibe. Warner’s Payne is an interesting character, but we never really get to understand him and he comes across like a modern day Van Helsing, saying lines like: “I kill them because they are evil” when asked why he does what he does. 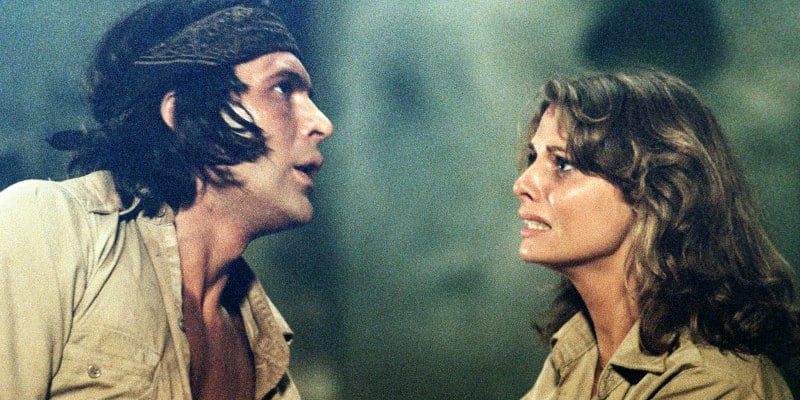 To complicate things further the film also gets into a somewhat bizarre bit of navel-gazing on themes such as white Vs red politics, Indian mysticism, American class politics and environmentalism.

On the plus side, there are some stunning locations in New Mexico (lots of amazing Mesas on show) and a great score by Henry Mancini. It even manages to create a degree of mounting tension especially during the final ‘taking out the bat’s lair’ sequence.

Nightwing is based on the Martin Cruz Smith book of the same name that I read way-back-when, as a spotty teenager, so please don’t ask me to compare and contrast the two! I get the impression that the movie is not unfaithful to the book, although films always suffer in comparison due to their lack of strength of the characterizations compared with their literary sources. 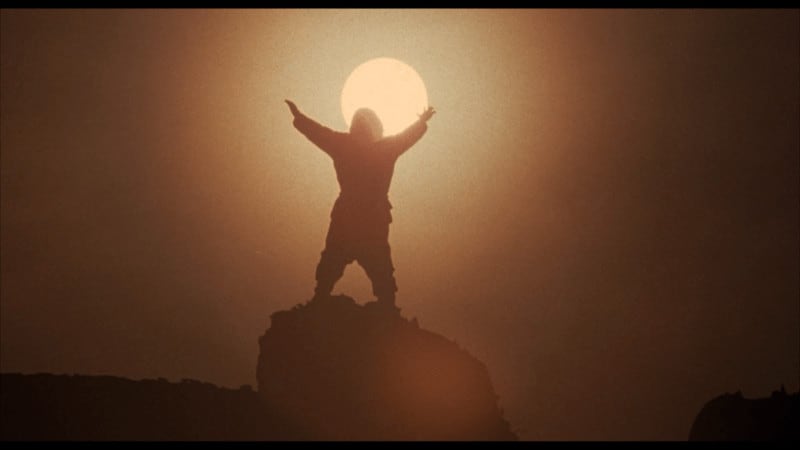 Despite being distinctly lo-fi I quite enjoyed the hokey visual effects by Carlo Ramaldi, which reminded me of a low-rent version of Hitchcock’s The Birds swarming bird effects that were used many years earlier and to better effect. Still, there’s something quite disturbing about swarms of creatures with sharp teeth taking bites out of panicked victims, as they run around into things; including a fire, for one of Nightwing’s poor victims.

This is certainly worth checking out and it’s a shame that it isn’t better known since it has a very capable cast and decent direction by Arthur Hiller, who’s probably best known for Love Story. 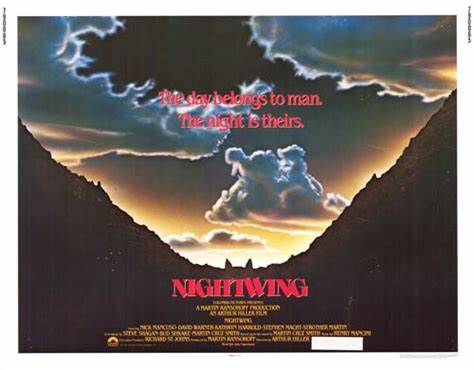 Shadow of the Hawk

An ageing Indian medicine man, Old Man Hawk (Chief Dan George), sets off for the big city to find and recruit his grandson, Mike (Vincent), to help him fight an evil sorceress who is blighting the Indian reservation. The witch casts a spell on the old man and he ends up in hospital where he encounters a freelance journalist, Maureen (Hassett), who takes pity on him and helps him to locate Mike. The grandson is initially very reluctant to help the old man, but, after Maureen makes him feel guilty, he eventually agrees to drive Hawk back to the reservation resulting in one of the strangest road-trips in movie history!

The sorceress sends some of her minions to try and stop the three from getting back to the reservation and Mike and his travelling companions soon find themselves up against Indian warriors, a spirit snake, a ghost car and even a bear trying to kill them. The old man manages to fend off most of the magic but both he and Mike are injured along the way and then, when Maureen is kidnapped, the scene is set for the final confrontation between good and evil.

Shadow of the Hawk was filmed in British Columbia and considering its fairly modest budget is a nice-looking film with some great locations and some exciting sequences. Essentially a three-hander, for the most part, there are few additional significant characters and even the witch is seen only sparingly before her shape-shifting finale.

For me this film was not only a lot of fun, but thankfully gave time for us to get to know the central characters, especially Old Man Hawk, who’s just a hoot (excuse the pun!). He comes out with lots of great one-liners throughout the film, such as “A man should die in the sun” and “Sometimes at night the wind can bring you messages.” 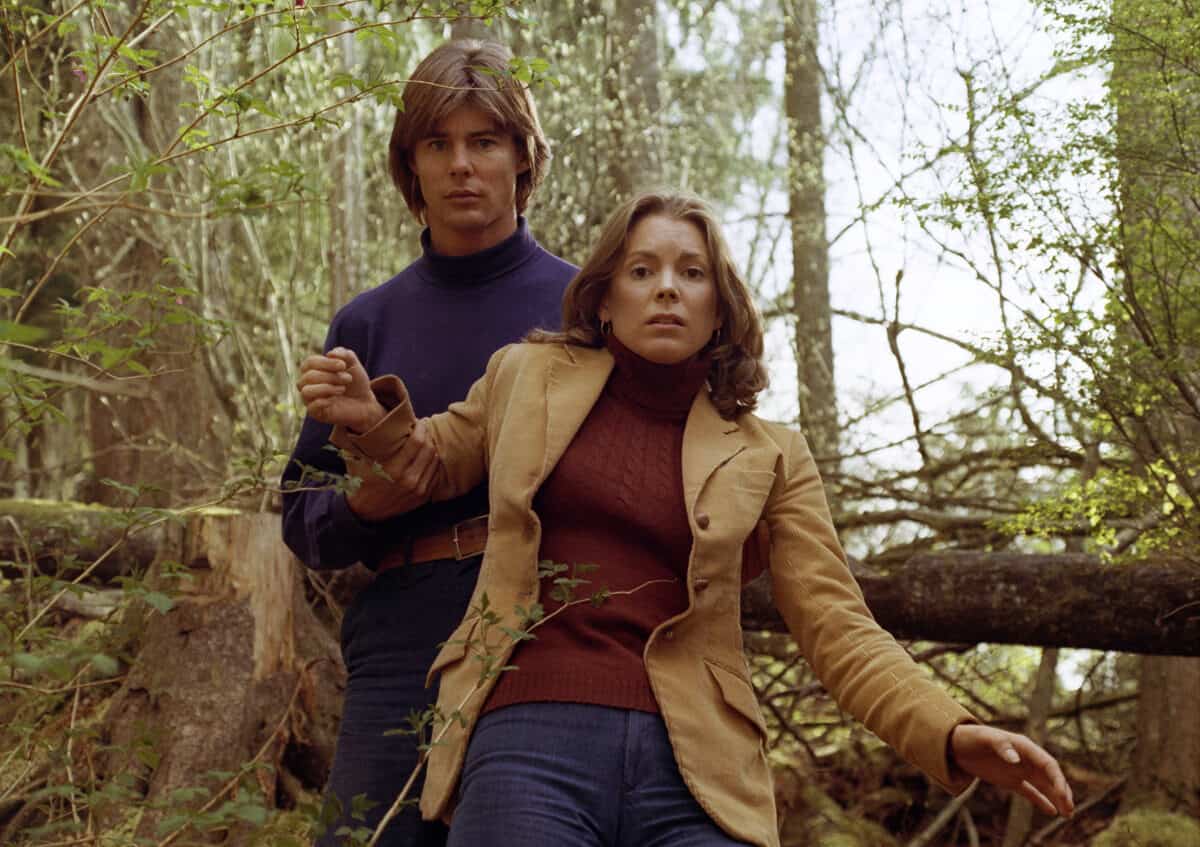 The black magic aspects of the film are also well handled and the main villain is actually quite sinister, as are some of her followers.

Director George McGowan has certainly created an entertaining cult film, one which is unique and both eye-opening and eye-watering in places.

Eureka is distributing Nightwing / Shadow of the Eagle, on Blu-ray and have done a good job cleaning up the prints (ignore the poor pictures above). Plus there are a number of extras that come with this release, which include:

Oil and the (Geo) politics of blood – an audio essay by John Edgar Browning – Author Browning, who specialises in all things vampire, reads out his own very academic, and at times rather pretentious, essay about the film and its place in this particular subgenre of films, namely the eco- gothic western, which also includes Clint Eastwood’s Pale Rider and Shadow of the Eagle. 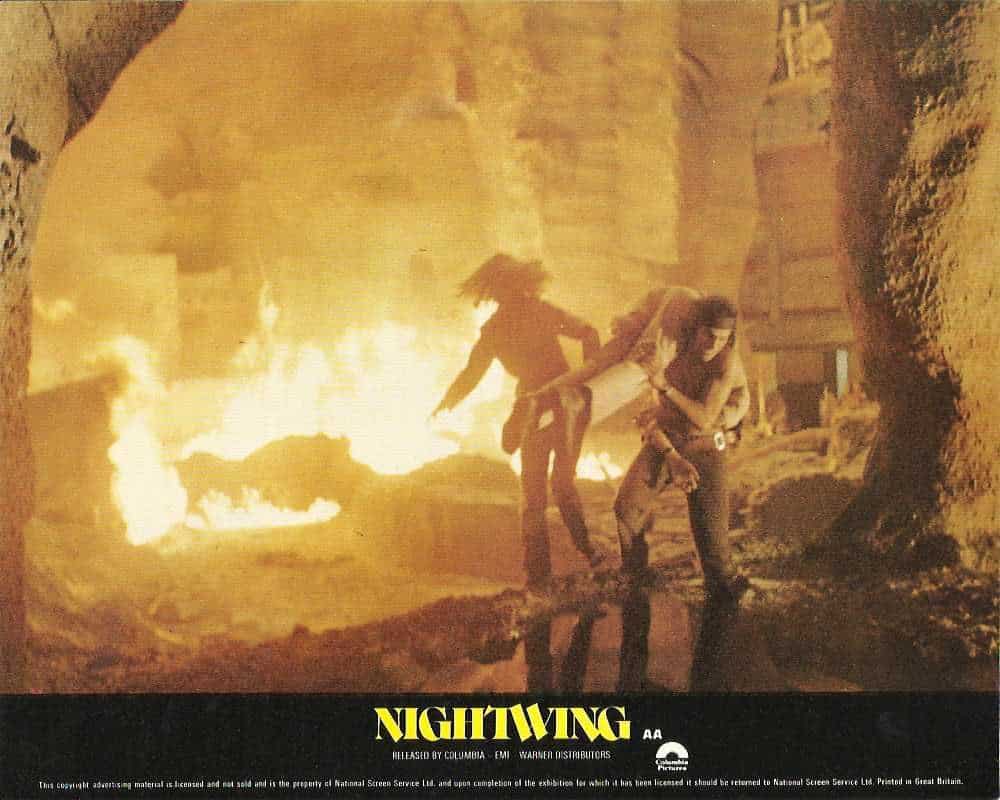 Audio commentary with Mike McPadden and Ben Reirer, from the podcast ‘70 movies we saw in the 70s’. These two have good banter and talk across the whole gamut of topics, from a critique of the opening credits to placing the film in the context of the pantheon of similarly themed films.

Trailer (2.56 mins) – This is a bit longer than necessary and sadly shows way too much…