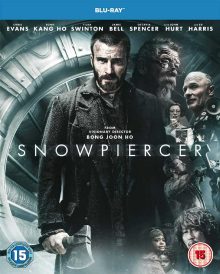 Based on the graphic novel ‘Le Transperceneige’ by Jacques Lob, Snowpiercer is a unique dystopian ‘end of the world’-themed movie that is a peculiar mash-up of genres where sci-fi grinds up against survival drama, with a bit of black comedy thrown in for good measure.

Bong Joon Ho came across a pirated copy of the graphic novel in his home country of South Korea while he was script-writing The Host and was intrigued enough with it to decide on it being a story that he wanted to develop for the big screen. Once he was on-board the Snowpiercer project some of the key cast came on-board, such as Tilda Swinton and John Hurt, and the rest, as they say, is history.

The setting for the film is on a very long train in the near future (2031), a train that was designed by a couple of very eccentric, but brilliant minds to act as a sort of ark to save the last dregs of humanity when a chemical, released into the atmosphere to combat global warming, had too much of an effect and brought on a new ice age. Seventeen years on and the train is divided up into a number of class-related areas: the wealthy dwell at the front end of the train and live in relative luxury, the middle part is home to those that have skills the rich need, like horticulturists, hairdressers and security personal, while the rear of the train houses the poor who, initially had had to eat each other in order to survive. 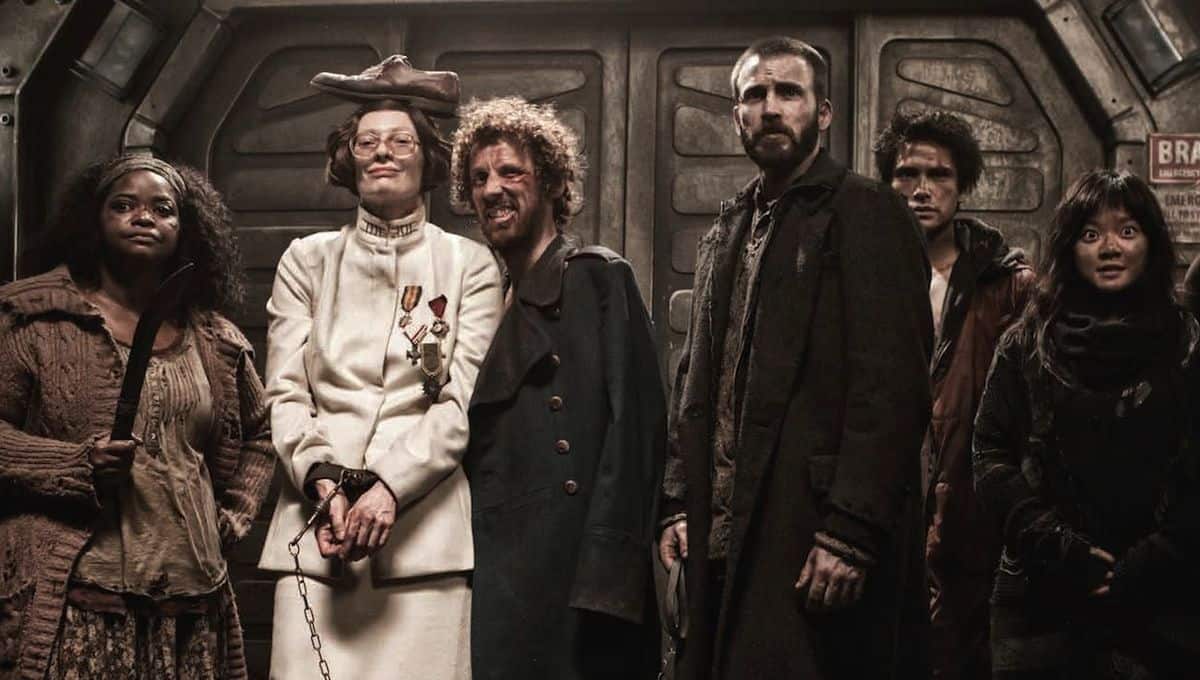 Now, the ‘haves’ control the ‘have-nots’ through fear and domination and make use of some of the poor’s children to do repairs on the train that the adults can’t do. In exchange they provide the lower-classes with a processed food made from insects that resembles black jelly and torture a few who are unlucky enough to gain the attention of Mason (Tilda Swinton) who runs the train for the train’s designer, Mr Gilliam (Ed Harris).

After being stuck in the rear of the train for nearly 18 years Curtis (Chris Evans) has finally had enough and leads a revolution to take control of the train and bring more equality to the micro-society within it. But, as with all great laid plans, things don’t always go according to plan and some allies are lost and some gained in the vicious struggle to make it to the front of the train, and to the ‘sacred engine’.

Let me say, right from the off, that the ‘world-building’ in Snowpiercer is top-notch and the set and costume designers deserve much kudos for their work on the whole look and vibe of the train and its inhabitants; all very impressive. The train is certainly a character within the movie itself. And Bong Joon Ho’s direction is assured and he elicits some great performances from a very capable and starry cast. Chris Evans is hugely charismatic throughout, Tilda Swinton is wonderfully annoying (just right for her character) and John Hurt is awesome, as ever. 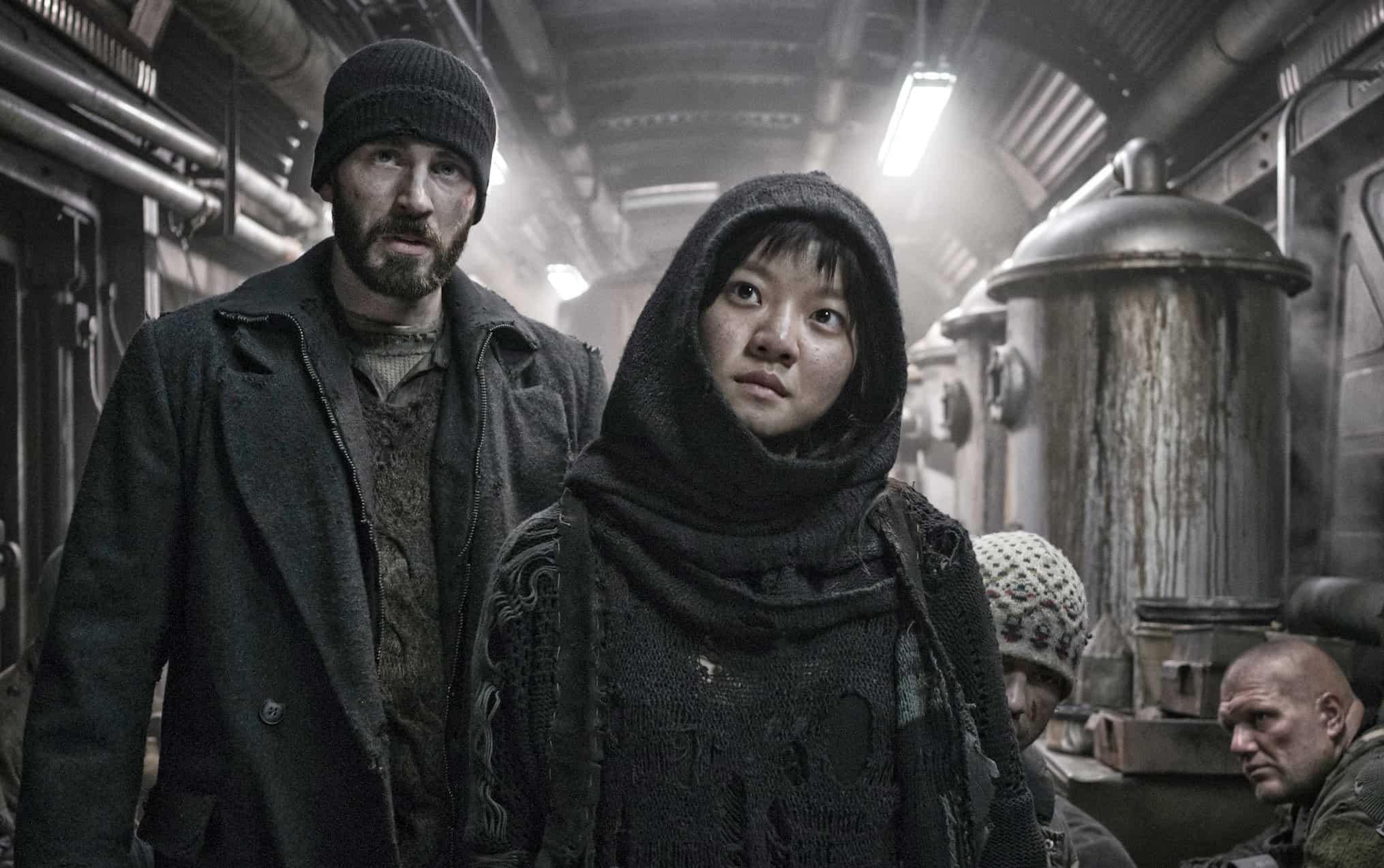 What let Snowpiercer down for me though are a few stylistic choices (including the jiggy-camera shooting style during the fight sequences, which was annoying, and I felt didn’t suit the film’s subject matter at all) and some plot holes in the storyline, which left me scratching my head, and I can’t really talk about them here without giving the story away so I’ll have to let you discover those for yourself…

However, I did enjoy the film and I’m glad that I’ve been able to watch it for a second time now courtesy of this excellent release by Lionsgate. The sound and picture quality were very good and there are some decent extras on the disc too, although surprisingly no audio commentary by the director. 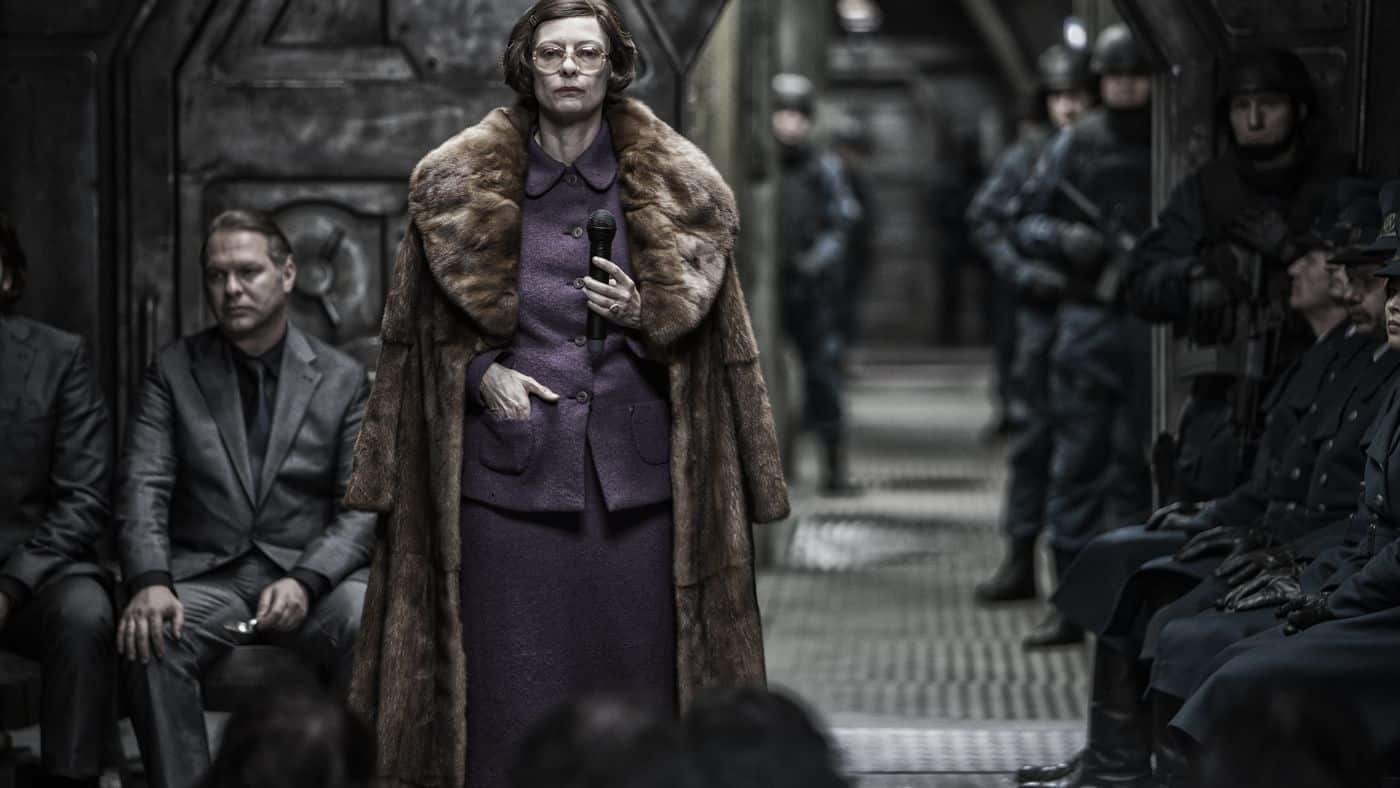 Lionsgate is distributing Snowpiercer on Blu-Ray. There are a number of special features including:

Transperceneiger (54.5 mins) – An insightful documentary that follows graphic artist and co-scriptwriter of Snowpiercer Jean-Marc Rochette’s journey from an unknown comic artist to a celebrated Berlin-based painter, via the phenomena that is Le Transperceneige, aka Snowpiercer. I found this a fairly emotional documentary and quite revealing as to how the comic book industry operates, or in this case doesn’t!

Chris Evans & Tilda Swinton on Snowpiercer (4.38 mins) – Both actors are interviewed about their thoughts on the film, with Chris thinking it’s an allegory for class-warfare and Tilda thinking it’s about surviving life.

The Birth of Snowpiercer (4.19 mins) – We see some of the work behind the scenes and the director shares how he first discovered the novel. Some of the other actors are also interviewed including Ed Harris who liked Snowpiercer because of its originality.

The End of the World (1:01mins) – A short animation prequel showing how the people were rounded up to get onto the train.

Characters (5:05) – A short featurette explaining the different sections of the train and going into a bit more detail about some of their inhabitants. Apparently Jamie Bell is as big a chatterbox in real life as his character in the film! 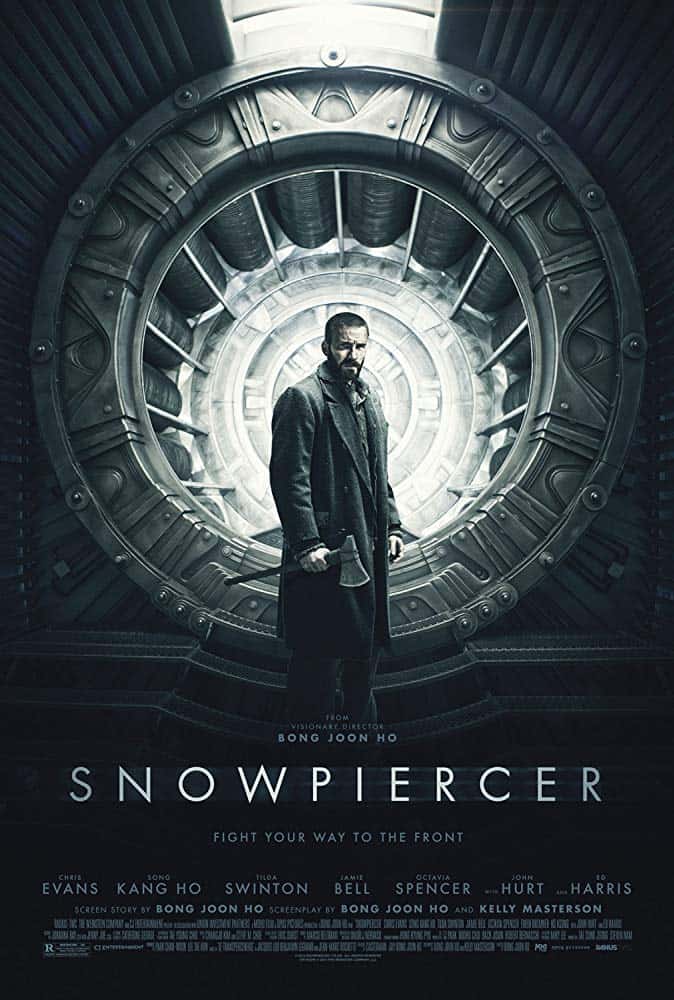