I fell one day behind this month, but just about managed to watch my 3 February titles for my Cracking the Collection challenge. 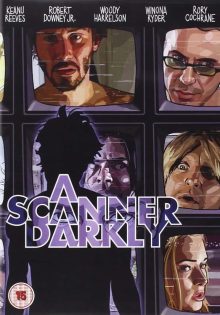 I enjoyed Waking Life a lot more than I expected, so I was excited to check out Richard Linklater’s second rotoscope-animated film, particularly as it’s based on a Philip K. Dick novel, an author whose work is always fascinating. It surprised me quite a bit in the end. It was a lot more bleak and sombre than I expected – more of an anti-drug film than the trippy sci-fi I expected. This doesn’t mean I didn’t like it though. It was more moving than I expected because of this, although there’s still some humour, particularly in some of the scenes featuring Keanu Reeves, Robert Downey Jr. and Woody Harrelson together. Visually it’s interesting too and I loved the idea and execution of the ‘scramble suits’. 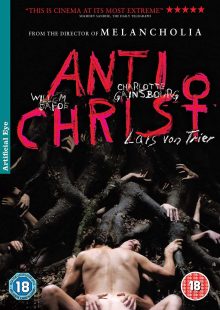 This is one film I wasn’t looking forward to quite as much. It’s something I felt I should see though as I hadn’t previously watched any of Lars Von Trier’s films. This is partly just because I haven’t got around to it, but also I got the feeling that they would rub me up the wrong way. I’ve heard he’s a director who likes to push the audience as far as possible and that sounds to be what matters more than anything else. Now I don’t really like that approach to filmmaking so I’ve always been a bit dubious about such films and their directors. However, I felt I should take the plunge at some point and my expectations were met to an extent. It did rub me up the wrong way and I felt Von Trier was out to push the envelope as far as possible here, to the detriment of the film. Saying that, I thought the first half was excellent. The portrayal of a couple dealing with the death of their child is incredibly powerful and the film is beautifully shot and exceptionally well performed. However, the final third gets so unbelievably horrific that all the emotional impact was replaced by visceral unpleasantness that I didn’t enjoy at all. I’m not saying I only want to watch films full of sunlight and roses, but I think more impact can come from subtly disturbing sequences, not a barrage of horrible images. Plus, it all derailed the film for me and the characters and narrative seemed to shatter under the weight of the nastiness being thrust in my face.

I did appreciate much of the craft and the first half is fantastic though, so I can’t rate the film too poorly here. 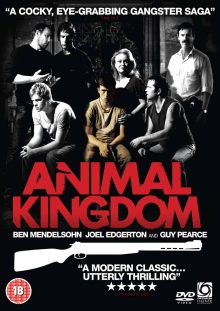 Now here is a film that didn’t disappoint. Mikaela in particular had been nagging me to watch this and I’d been hearing lots of praise, so my expectations were high, but I thought this was fantastic. I loved how it managed to be low key in terms of action or in avoiding histrionic drama, but remain incredibly tense and powerful throughout. This is largely down to some impressively controlled direction (which is doubly impressive coming from a first time feature director), but helped by a raft of incredible performances. Alongside dependable and mature actors like Jacki Weaver and Ben Mendelsohn, who deliver some of their best work, you’ve got newcomer (at the time) James Frecheville, who plays the lead role of Joshua. His character has zero charisma and mumbles through the film with a stony expression, but somehow his character feels depressingly real and the audience are with him every step of the way. It’s a tricky role to pull off, but he does so brilliantly.

Gripping, quietly disturbing and moving at times, it’s a mightily powerful piece of work. I’m glad I finally got around to watching it.

Up next in March: