For every action there is an equal and opposite reaction – so for every great film made from a book there is always an adaptation that ruins it for all of the others. The reasons for not liking a film from a book are varied and typically individual. For one avid reader I know it’s the feeling that people will see a terrible film and never read the amazing book it was based on. For others it’s awful casting and things not being what they imagined. Sometimes however, directors and filmmakers just get it wrong. Below are 10 examples of terrible films from books – as always add your own and defend the ones you love. (Spoilers may abound below!) 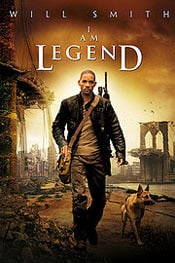 What is a legend? I can tell you what it is not – Will Smith saving the bloody day – again. The central premise of the book remains the premise of the movie: Smith is the lone human survivor of a vampire plague who must survive against all odds to find other survivors and continue the human race. The novel ends perfectly; the last human dies and become legend for the species that remain. It’s a great read, really exciting and the un-Hollywood ending makes it all seems worthwhile. So when Hollywood got their hands on it, of course it was ruined. The decision to allow a cure to be found and the humans to live on undermines the whole point of the novel (it’s in the title!!) and ruins what could have been a decent film.

Harry Potter and the Half Blood Prince 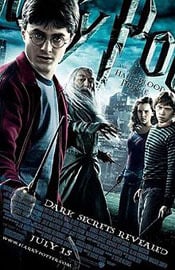 (Thanks to Kelly)
We are all agreed one of Harry’s driving forces (aside from the obvious, kill arch enemy and lose virginity) is to find the family he never had. Dumbledore understands this and he and Harry share a bond of genuine love, most probably strengthened by repeated attempts on both of their lives! In this book Dumbledore dies (I warned you about spoilers) and Harry is powerless to stop it after Dumbledore puts a freezing spell on him. It is this feeling of helplessness that drives Harry to chase down Voldemort and the anger and grief drives him forward. In the film Harry is not trapped by the spell; he hides and watches but is an able agent at all times. The film entirely undermines the central theme of the entire HP series – the ability to love another entirely is what saves us from evil – and turns a proud and headstrong young man into a wuss who hides from the bad wizard. A tiny oversight but a big mistake for the fans. Still, not as bad as the Weasley twins’ acting… 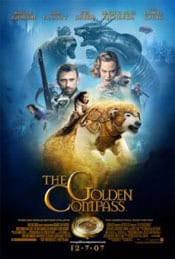 Where do I begin with this one? The books are brilliant (not entirely without flaw) and the wonder and mystery around Lyra, her daemon and her journey to find out about ‘dust’ is riveting and exciting. The film? A genuine disaster (even without considering it as a book adaptation, it’s a terrible film). The central driving force of the story is Lyra’s desire to know what ‘dust’ is, so when the film opens with a neat and tidy explanation you know we’re in trouble. The film takes away all of the journey and spoils all of our fun. We don’t even need to get into Kidman’s terrible acting, Craig’s dodgy accent and whatever it is Eva Green is doing to know this film was never going to be a winner. Redeemed slightly by ace animation in the armoured bear fight but a proper disaster all round. 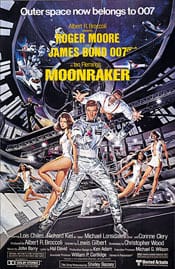 (Thanks to Dave – whose succinct digestion needs no embellishment!)
The book is vaguely subtle by Bond standards; we’ve got espionage and intrigue, epic gambling scenes, girls, the usual but the story is completely set in England and the action is kept to a minimum with most of it being fairly plausible. The film however turns it into some sort of Star Wars cash-in sending Bond to space with the reappearing henchman Jaws (not in any of the books of course) becoming a good guy and falling in love.  It’s one of the worst Bond movies ever made. (LJ note – even worse than Die Another Day?) 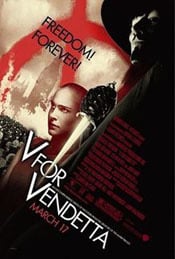 (Thanks to Hobat)
The fans of the graphic novel don’t seem to like this film and I’m beginning to see why. From Portman’s irritating accent to the decidedly watered down message about fascist societies, the film seems to want to say something really important but doesn’t want to rattle any cages. It’s not all bad; Hugo Weaving can pull off a lot of things (see: Smith, Agent) and still be cool, but for fans of the graphic novel it is a poor show indeed. It never quite makes it as an action film (probably due to it’s length) and as a political think piece it shies away from stating it’s true cause and attempts to tack on an American parallel that doesn’t please the fans. 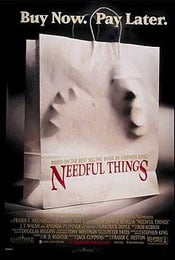 The first time I read this book I nearly cried with fear. It’s a harrowing account of the darkest side of human nature from the mind of Stephen King. The novel of a small shop that sells people the one thing they truly desire – from limited edition baseball cards to much more sinister and private things. The town begins to unravel and soon turn on one another, convinced everyone is out to take from them what is most precious. The book: scary. The film? Tragically cheesy and poor. It might be the 80’s ness of it all, it might be the subject doesn’t work well on film – whatever it is, they took a truly unsettling and alarming novel about human nature and made a really, really awful film. 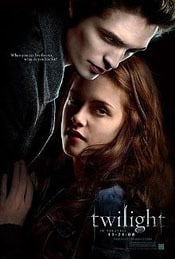 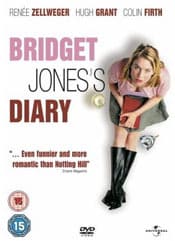 Lots of people love these films and the books on which they were based. The central issue I have is the unreality of the film and how it destroys the everydayness of Bridget created in Helen Fielding’s novel. Bridget is quite everywoman in some resepcts – she obsesses about her appearance, her love life and her job privately to her diary and her friends. She might find herself in some ridiculous situations but in the world of fiction we will allow a little elaboration. The film takes all that is real about Bridget and gives it the Richard Curtis treatment; snow on Christmas Day, Hugh Grant and Colin Firth representing English men (please…) and a tidy, pleasant and all together nauseating ending to the whole saga. The book somehow speaks to you on a personal level and discussion about Bridget’s love life feels like a genuine confessional between a girl and her diary. On screen it’s infuriatingly simplistic and horribly patronising. Finally, what on earth is wrong with the hundreds of talented British women who should have been cast as Bridget? 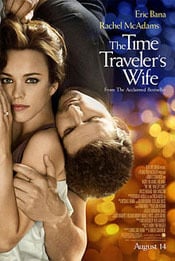 There’s no denying this is a weepy book, and that level of emotional engagement is always going to be tricky to get right on screen. That, however, is not the problem with this film. The utterly devastating moment in the book comes when Henry loses both feet to frostbite – Henry who we’ve learned runs daily to attempt to keep himself grounded in the present world and that running is his one avenue for control over his rather tricky life. The film decides to play down this event and, while Henry is confined to a wheelchair, the shattering loss of his feet that we felt so vividly in the book is gone. Unfortunately, it is only these explorations of loss and longing that prevent Niffenegger’s book from being overblown, saccharin romance – which is what the film ultimately becomes. Still a good weepy, but if they’d only paid more attention to Henry’s journey it would have been a great adaptation. 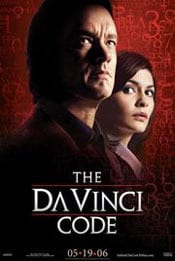 Look, no one said they had to be the best books did they? Dan Brown’s bestseller was always going to be turned into a film if only to rake in the cash. As a book it’s quite exciting, fun to run around the streets of Rome and Paris, fun to imagine yourself as Sophie alongside the dashing and intellectual Robert Langdon – silly and overblown, yes, but still fun. So imagine my horror at the academic hunk being neatly displaced by Tom Hanks in a dodgy hairpiece, the awful script (“I’ve got to get to a library, fast”) and some truly bad stunt and effects sequences that all add up to make this film a poor imitation of the page turner from whence it came. Not even Sir Ian could have saved this one from damnation.

Honourable mentions: Charlie and the Chocolate Factory (Burton), The Lion, the Witch and the Wardrobe, The Handmaid’s Tale, all the other Harry Potter films (with the exception of Alan Rickman).

Disagree? Thought you might. Head down to the comments to have your tuppence worth and if you’re convincing enough to change my mind you’ll – well, you won’t win anything but you can be as smug as you like!