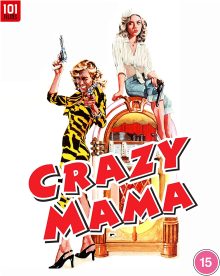 Following a prologue set in 1932 in Arkansas where the Stokes family are evicted from their tenant farm by authorities following a brief gunfight between father Stokes and members of law enforcement, we then skip forward to 1958 to find the women of the same family, now in California, trying desperately to hang onto their hairdressing business. Finally they steal some stuff from their landlord (Backus) and head out of the sunshine state and back towards their family home, which we saw in the prologue.

The ladies quickly pick up the granddaughter’s boyfriend (and potential father of her unborn baby), Shaun (Donn Most), and another would-be suitor, biker Snake (Englund). Deciding they need to raise some cash quickly they head to Vegas where the daughter, Melba (Leachman) finds love in the shape of lothario Jim-Bob (Whitman), who, after marrying her, agrees to help them all get their old house back.

Along the way on their road trip they hold up a gas station, a bank and various other establishments and people, taking cash to pay for their fuel and expenses. They even pretend to kidnap Jim-Bob from a hotel so they can claim a ransom from his, err, other wife! Unfortunately, their run of good luck can’t last forever and they eventually find themselves on the run from the law and in a quandary once they finally reach their end destination, which has changed considerably during their prolonged absence. 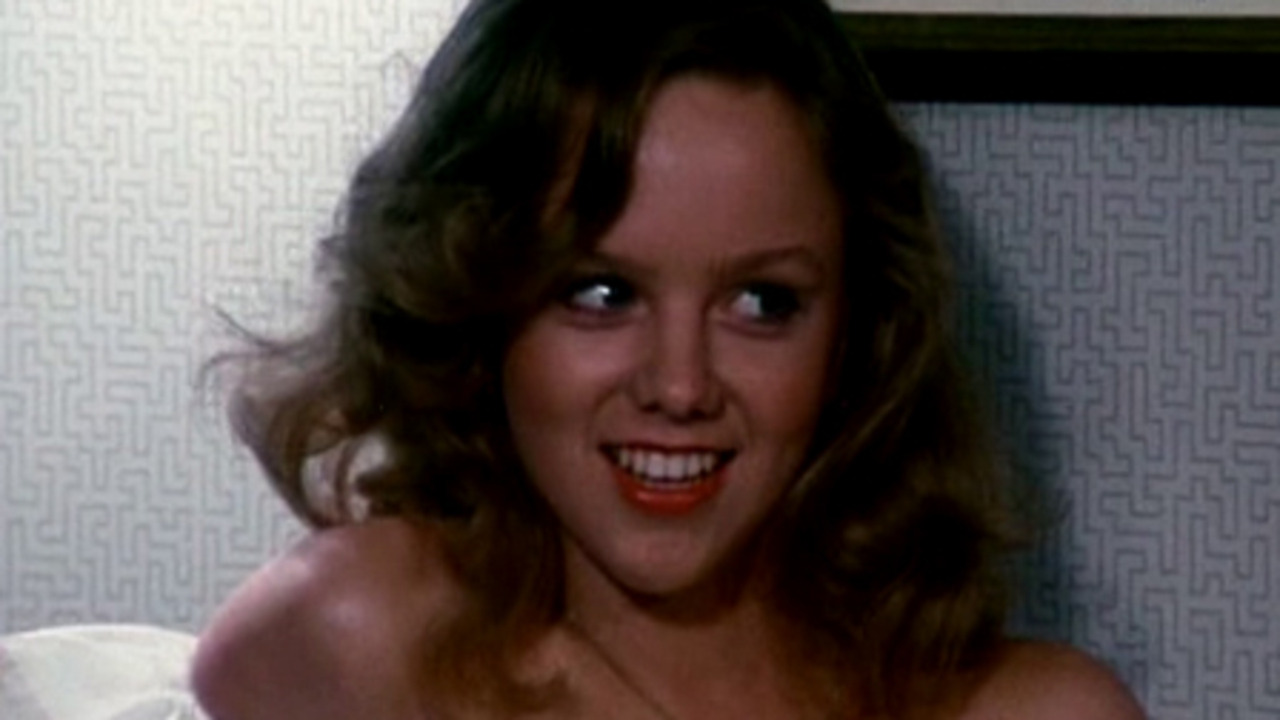 Perhaps one of the taglines sums the plot up best, namely: “In 1957 Cheryl Drove Her Mom’s Chevy on a Heavy Date: Got Knocked Up, Knocked Over a Bank, Smashed Four Police Cars, and Kidnapped Her Stepfather. It Was a Crazy Year!”

Produced by Roger Corman’s then wife, Julie Corman, Crazy Mama holds up surprisingly well despite its rather silly premise and execution. A serious film this is not! However, it does make some valid points about the system screwing over the ‘little guy’ and about how women are tougher than men, in more ways than one.

Although the acting can be a bit ‘pantomime’ at times there are a lot of fun performances in the film, especially from the female leads. While Ann Sothern plays grandma, Sheba Stokes, with a degree of subtlety, Cloris Leachman and Linda Pearl are far more expansive and histrionic whilst essaying their characters, with mixed results. There are also lots of quirky supporting characters and background artists that Demme has populated his dramatic canvas with. I especially enjoyed Merie Earle’s performance as the crazy old lady the girls meet up with at the slot machines in Vegas – she’s hilarious. 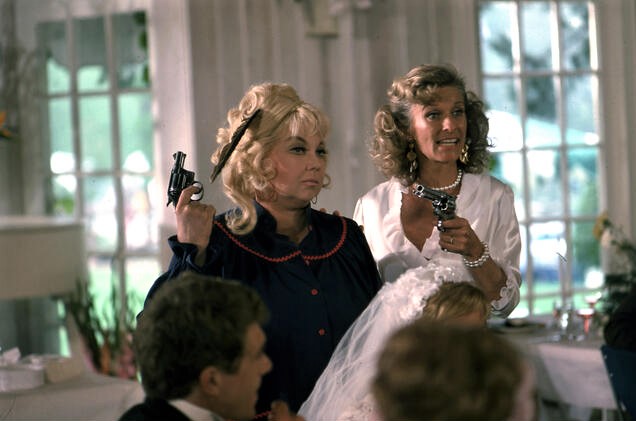 While the film has plenty of stock footage sprinkled throughout (for example, the carnival sequence), the film is well shot, with decent shot-framing and use of some vivid colours. It also features some cool vehicular stunts, nicely utilising both motorbikes and cars. And all the funky visuals are nicely underscored by a cool soundtrack featuring a number of well-known 50s hits, although the original pieces of music were composed by Snotty Scotty and the Hankies – yes, you read that right!

While not out-and-out exploitation, Crazy Mama occasionally strays into exploitation movie territory, although Demme keeps things clean, and only lets his camera dwell on the lovely Linda Pearl a few times. The team of Demme and Corman certainly produced a worthy follow-up (of sorts) to the earlier, more extreme, Bloody Mama (1970), but this time with much more broad, slapstick-styled comedy to make the film appeal to a wider market. 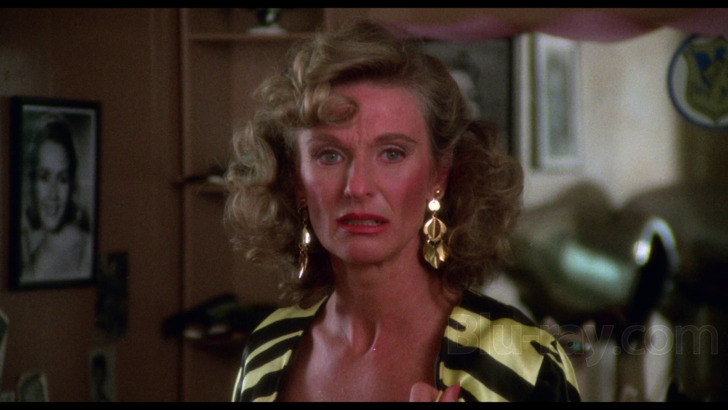 Crazy Mama is being distributed by 101 Films on Blu-ray. There are a number of extras on the disc including:

Audio commentary with director Jonathan Demme and executive producer Roger Corman. The two chat amicably about the production and drop in plenty of fun anecdotes. Apparently the beach they shot on became known as ‘Corman’s Beach’ since he was filming on it so often! Also of note, actress Ann Sothern wanted a close-up of herself in every shot and Stuart Whitman eventually became a property developer.

Interview with Jonathan Demme and Roger Corman (15 mins) – Again, we get plenty of interesting facts including that Demme originally worked as a publicist before being asked to help out on a Corman film, by writing a motorbike movie script. 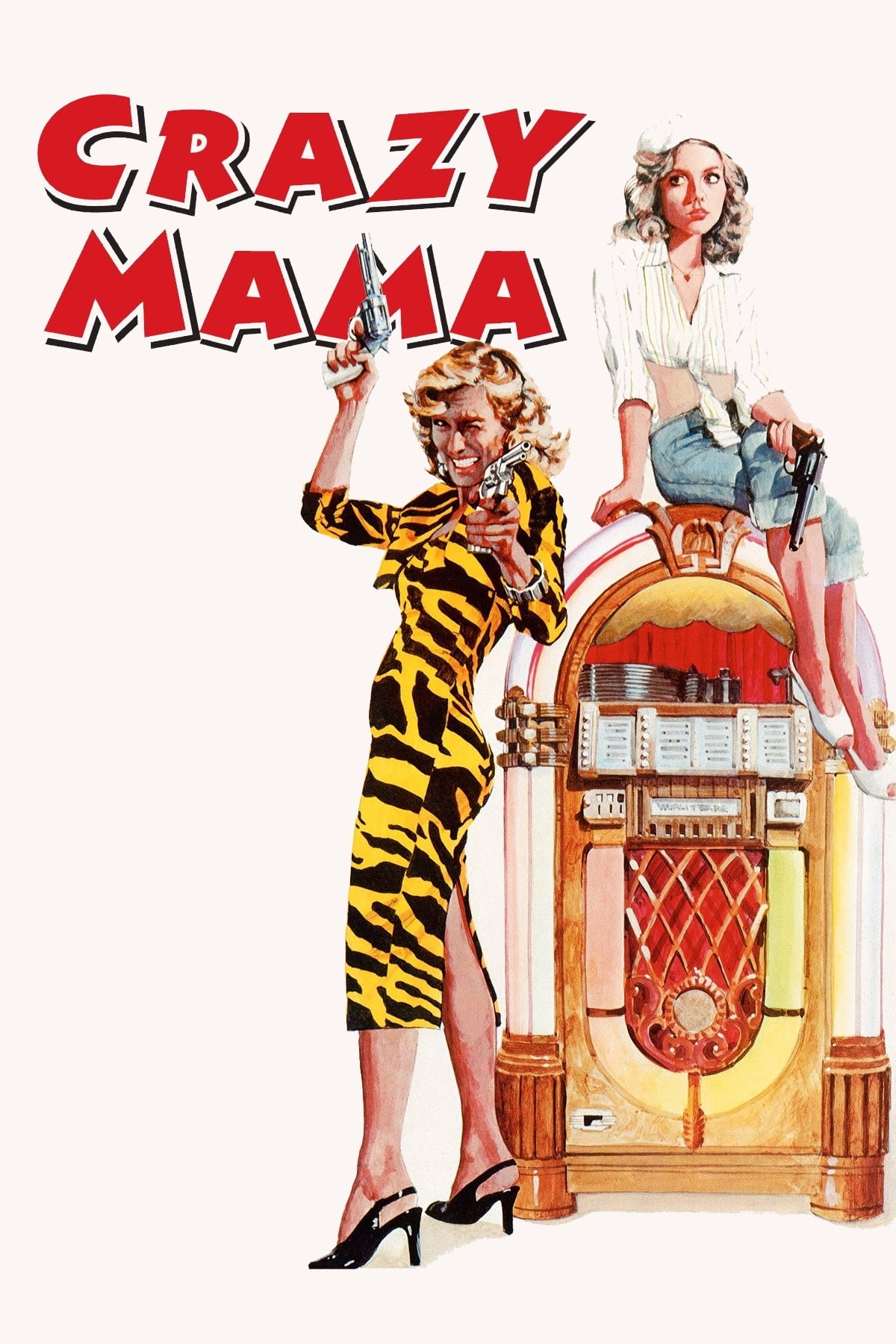