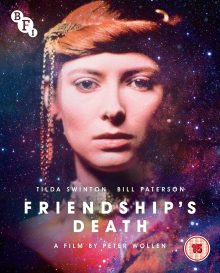 Filmmaking and the appreciation of film are often as much about the people involved in the process. The stories that they tell and their personal journeys are extensions of each other. Peter Wollen was a man who spent his life working and influencing the world of cinema, both past and present and when the chance came to review his only solo feature, Friendship’s Death, it was a title I had to grab to delve into. As a fan of the BFI output, Wollen is a man who is often referenced as being notable but for whom I had not seen much output. His contribution to the screenplay of Antonioni’s The Passenger being the only thing that stood out as being of note at the outset.

Friendship’s Death is a 1987 film that tells the story of a chance encounter between a war correspondent, Sullivan (played by Bill Paterson) and a character who is revealed to be a female AI robot, named Friendship (played by Tilda Swinton), who has been sent to earth as an envoy from another planet. This seems like the premise is laid out for a lavish science fiction tale but this could not be further from the truth. Friendship was due to land in MIT (Massachusetts Institute of Technology) but finds herself in the middle of a war in Amman, Jordan.

The film is a two-person character study that is theatrical in look and feel. The sets depict a world where the world is in turmoil beyond the walls. While war rages outside, our protagonists are free within their confines. There is often a window left open so that we do not forget about the peril outside and we are treated with occasional visits from soldiers who seek to keep our pair safe.

Friendship aims to learn about our world through the context of the real-life conflict of Black September. This conflict saw the PLO attempt to take over the kingdom of Jordan in 1970. Far from being a character who is only interested in absorbing and learning, Friendship projects her own thoughts, musings and observations upon the world and to Sullivan. The juxtaposition of Friendship’s plan to study humanity through science in MIT versus the reality of her education through the rawness of war is striking and one in which the character revels. Her look and style changes over the course of the film as the character immerses herself in her surroundings. Wollen’s curiosity and exploration in the (forthcoming) technology revolution plays out in the physical form of Friendship herself.

The film is endlessly quotable, with many astute observations questioning the nature of our being. Many writers would have had portrayed Friendship as being the naïve observer, believing all that she sees. Wollen writes her as an astute and intelligent foil for Sullivan’s cynicism and world-weary vision of the world. She berates Sullivan for his treatment of the typewriter while verbalising her disgust at the common vacuum cleaner. She is not an advocate for all technology but rather looking at the beauty of each thing for its own merits.

The theatrical nature of the piece cannot be understated. Theatre provides a vehicle for storytelling and conversation to provide space for ideas to breathe. While many films would insert vignettes to expound on what is being talked about, the power of the dialogue with the characters results in a film that feels more like a study of the human condition than a critical assessment of man’s inhumanity towards man as seen through war. It is a thinking man’s piece of cinema and one which I found fascinating. The central performances of Swinton and Paterson propel the film forward and deprive it from ever feeling slow. 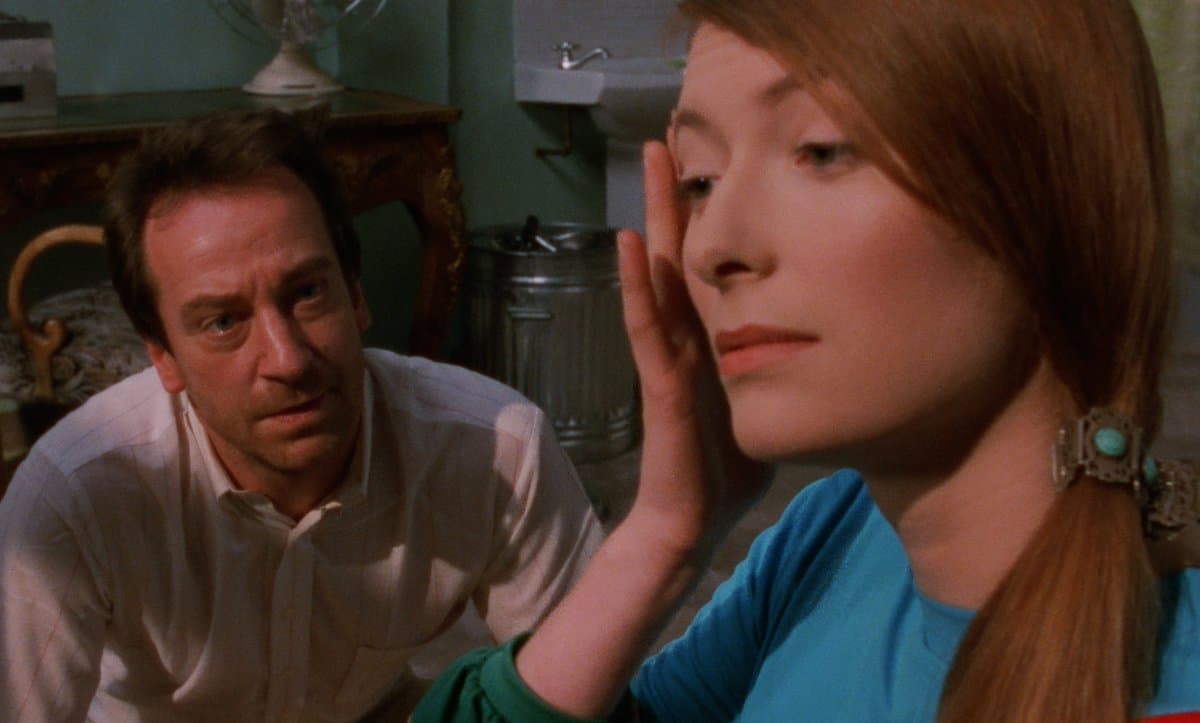 The commentary feels more like a panel discussion as Josephine Botting from the BFI directs both participants to expound upon the making of the films. It is a nice accompaniment to the film itself as it provides another layer to what seems to be a visually straightforward piece of cinema Friendship’s Death is. The beauty of the cinematography of the film can be lost upon its initial viewing but Stok’s work on this film deserves much more notoriety. It is as subtle as it is wonderful to look at.

This extra is in two sections, both in video conference form. It starts with a warm and jovial discussion from both main actors about their memories of the process of making the film alongside Peter Wollen himself. Both Paterson and Swinton are glowing in recalling the period and legacy of the film itself, especially given the currency of the Middle East as a current political situation.

It then jumps to another panel with the same panel as the commentary track. It is a really enjoyable watch throughout and gave me real insight into many of the ideas presented in addition to adding to my appreciation of the skill and craft of the film making.

This is an in-depth and scholarly look at Peter Wollen’s career, passions and motivations. As a person who was primarily a writer and theorist rather than filmmaker this is especially illuminating. While some of the observations were more like monologues, it pulls together to provide real insight into the man. It was especially enlightening to hear Kodwo present his observations and Laura (who was also Peter’s first wife) confirm that what had been observed were completely at the core of who he was as a man.

There was real insight provided as to Wollen’s own journey to the setting of the film and how it obviously affected him and prompted him to write the short story and subsequently the film.

As with many of the extras on this disk, the scholarly nature may be difficult for some to engage with. However, given that this release feels like the definitive (and possibly only) exploration of Wollen in this form, it feels necessary.

This short film presents one of Mulvey and Wollen’s collaboration which is presented as a narrated slideshow using many pieces of each woman’s art and what it represents in terms of their personal journey and struggle. Both artists are interesting characters and I learned a lot about both. The quality of the film may be compromised but content is king and I got a lot out of it and my understanding of the art appreciation of both women.

A well fleshed out booklet with three separate entries to go with details of the extras, presentation and credits. While all contributions are enjoyable it is the musings about the film from Wollen himself that are the most illuminating. Every part and detail of the story was deliberate as he references previous work and contemporary cinema of the time. I found it fascinating that Wollen himself considered Friendship’s Death as a pseudo-sequel to The Passenger. 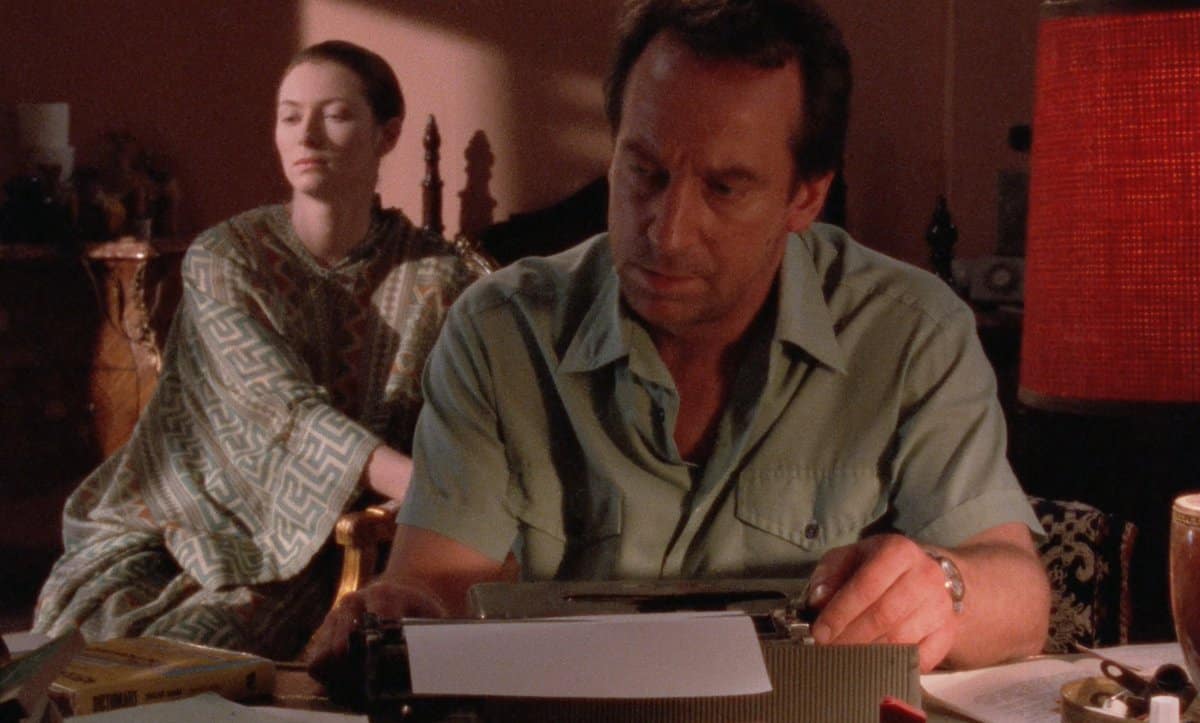 It is worth pointing out that Friendship’s Death is unlikely to be everyone’s cup of tea. The focus on the written word over the visual representation may leave some frustrated or even bored. This is balanced by the curious observations found in the writing. They appear at regular intervals throughout the breadth of the runtime and deprive the film of every stodgy and heavy. It is much more watchable than it would initially appear. It is also prophetic in how forward-looking many of the ideas were, especially as the intervening 35 years have shown much of it to be true.

Wollen’s history as a scholarly writer about film is embraced closely in this, his one solo feature. Coupled with considered and thought-provoking extras on the disc, there is an exploration of many of the themes and ideas here. In my view, it is the type of release that only BFI could produce, using its association with Wollen as well as his collaborators to the full. It feels like a true labour of love for those who were involved in its release. There is a warmth and genuine affection evident throughout the extras and even the writing in the booklet. To give a film of this sort a new 4k restoration highlights the BFI’s aim and direction. The film feels quintessentially British in its look at world events with a sense of detachment and for those who are fans of interesting landmarks in British cinema, this release feels like a dream.