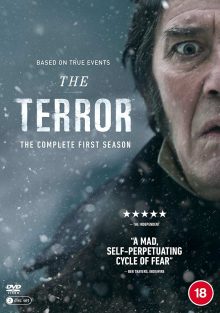 The Terror TV series (executive produced by Ridley Scott) is the fictionalised account of what happened to the crew of the Franklin Expedition, whereby two ships of the Royal Navy, that set sail to find the Northwest Passage in 1848, became ice-locked for eight months, and both ship’s crews disappeared.

In the TV series, (set initially in 1846), the crew of a Royal Naval expedition, led by three captains, (Sir John Franklin (Ciarán Hinds), Francis Crozier (Jared Harris) and James Fitzjames (Tobias Menzies)), is sent to find the Arctic’s fabled Northwest Passage so the country can more easily build on their trade with China. However, instead of a clear passage, the two ships (Terror and Erebus) become stuck in the pack ice and soon realise that they aren’t the only ones that dwell in this remote part of the world. A monstrous polar bear-like creature, with eerily human features, stalks the ships, ripping men from their watches and playing mind-games with the crew, in general. And that’s just the beginning of their troubles… 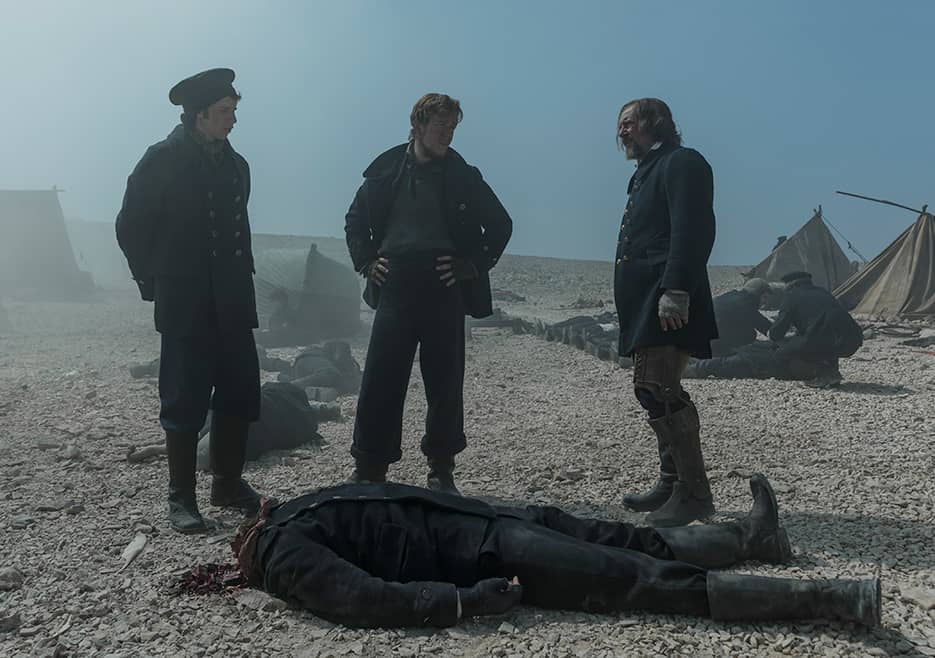 As time goes by, and one year turns into two, and two years – stuck in the ice – turns to three, things worsen and civilized behaviour disintegrates in favour of survival at any cost. The crew must simultaneously battle the elements, the supernatural and, eventually, themselves. The surviving captains’ final ally in all of this is a mysterious Inuit woman, who lives as an outcast from her tribe, but still follows their old animistic religion, and is a shaman, of sorts.

Based on Dan Simmons novel of the same name, The Terror is a suspenseful and, at times, chilling period horror that works, not just because of the great acting and engaging story, but because of all the historical details that help to create something truly memorable. From the authentic costuming and amazing ship sets to the props and rules and regulations that the sailors had to adhere to; these all add a real sense of authenticity and depth to the increasingly grim proceedings.

There’s a constant sense of foreboding and hopelessness, permeated by a general air of creepiness, aided and abetted by Marcus Fjellström’s atmospheric soundtrack. And the horrific elements are ratcheted-up regularly by the inclusion of vicious attacks by the creature and also by the punishments meted out to the men for bad behaviour, and the like. 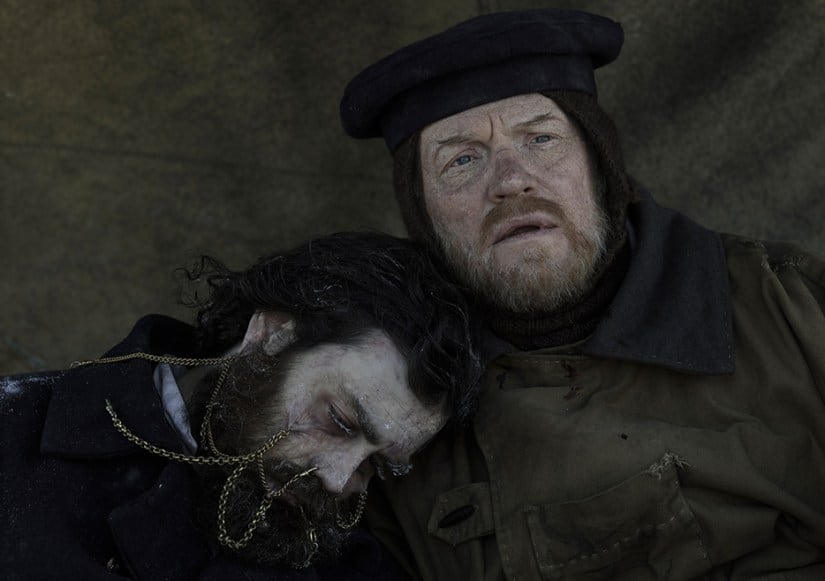 Many of the crew on board are fleshed out to a degree; hence even some of the more minor characters become identifiable and three-dimensional. And the relationships between the officers are believable and even the on-board (and back home) politics help to propel the story along. The cast are uniformly excellent and truly inhabit their characters. Sadly, the creature wasn’t quite so convincing, but was still a disturbing presence throughout the series. 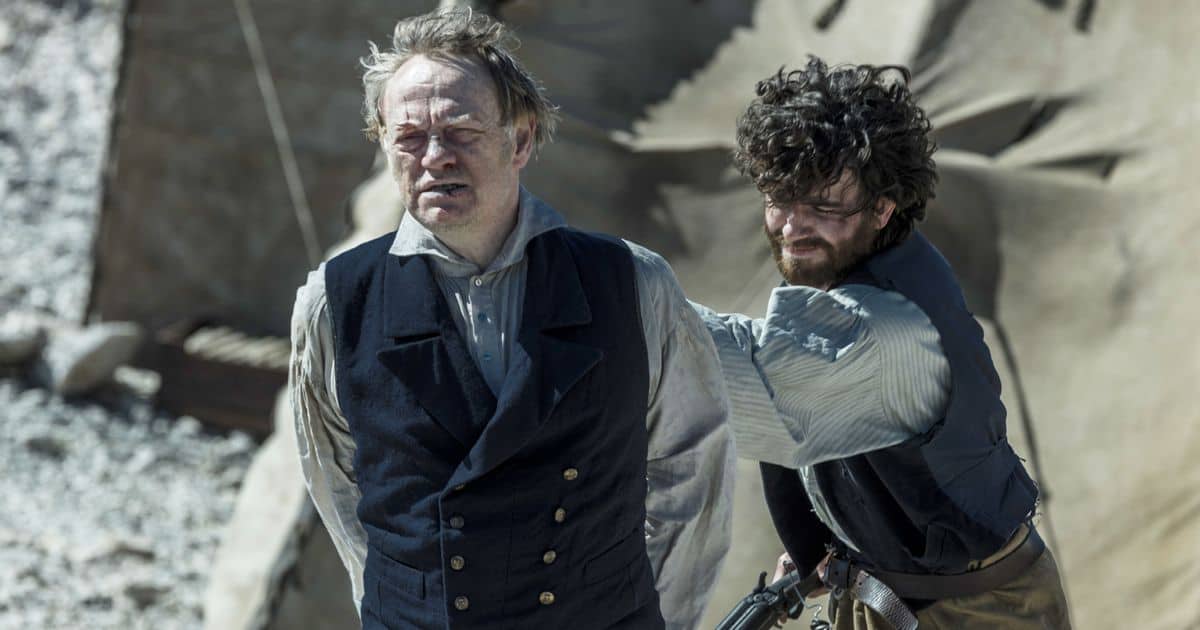 My other minor grip is that I thought the story could have played out over a shorter time-frame; at times it felt like an eight-part series extended to ten episodes because that’s what the broadcaster had ordered, and not because the story really warranted the full ten episodes. However, I still found every episode engaging, but, by extending the series, the makers had slowed the pacing down a little too much at times, particularly during a couple of the middle-section episodes.

Overall, The Terror is well worth a watch, especially if one is into historical horror and claustrophobic dramas, dramas that sink you deep into the heart of human madness…

Acorn Films is distributing The Terror on Blu-ray. There are a bunch of extras on the disc, which include:

Inside Episode 1 – 10 – 10 short (3 – 4 mins) press-friendly featurettes discussing standout moments from each episode, and featuring mini-interviews with the producers and cast members. These were all quite interesting, but lacked name straps so the viewer doesn’t know who is speaking in most cases.

Ridley Scott on The Terror (2.31 mins) – Director/producer Ridley Scott chats about the project. This needs to be much longer, to my mind.

A look at the characters (3.45 mins) – Does what it says on the tin, whereby the producers discuss some of the series’ central characters.

The boat and the visual effects (4.18 mins) – We hear about all the set-design work that went on behind the scenes. 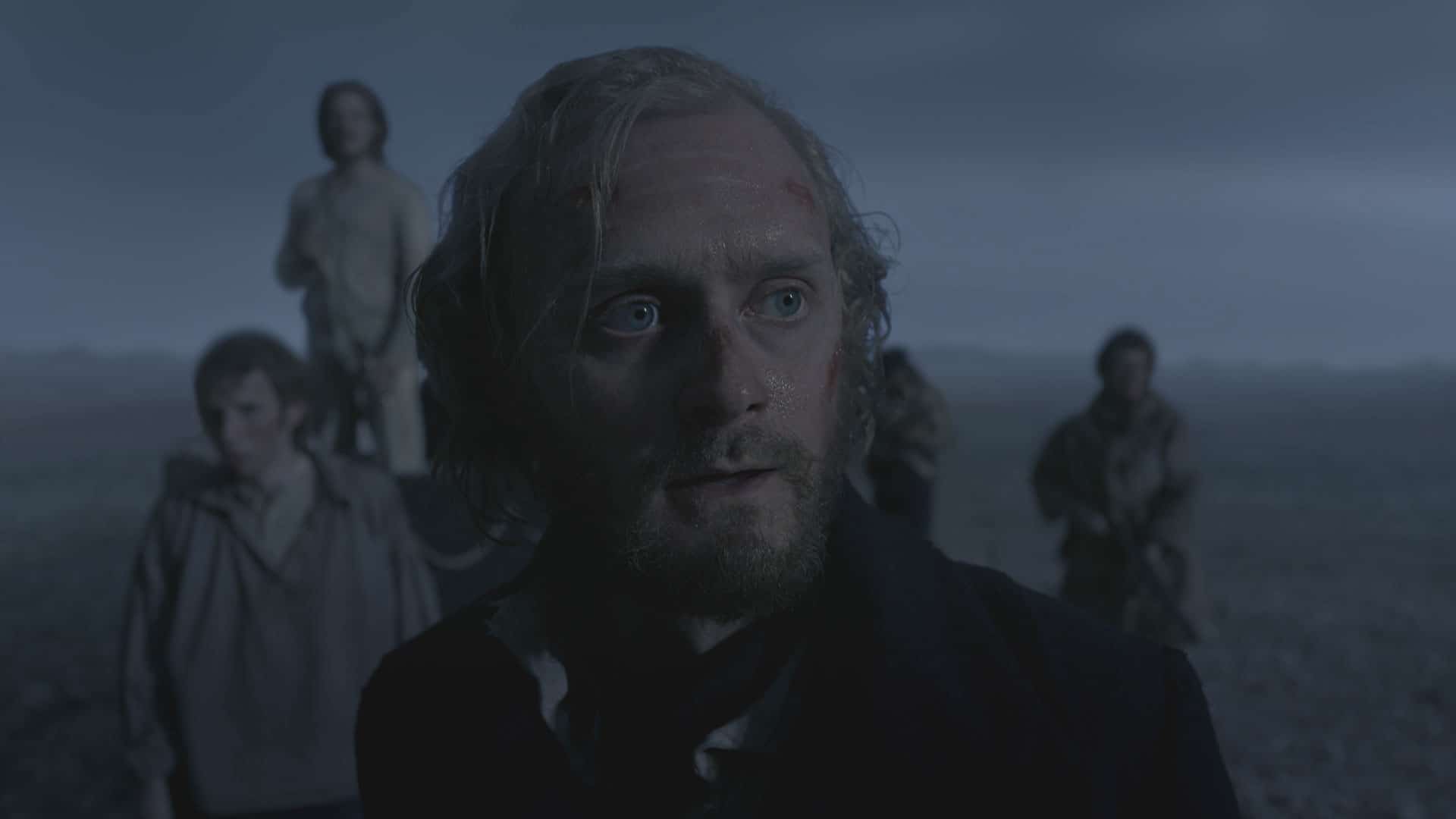