Who hasn’t dreamed of winning the lottery? Who doesn’t wonder how our lives would change if we suddenly found ourselves with more money than we can earn in a lifetime? When they make a movie about some lucky folks who win the lottery it is an exaggerated example of what real people think they could go through when collecting their winnings. 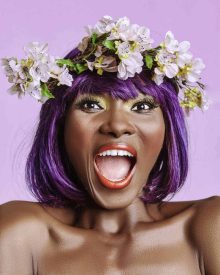 In 2019, a man named Logan placed a £3 bet with the online lotto and casino site, Lottoland. He never expected that bet would allow him to win the Irish Lotto. But he did win. He won more than £5 Million! Realities like this are what inspire the movies that people enjoy. Below we will share our favourite films about people who have played and won the lottery. You will see the lottery has been the stuff dreams are made of for many years.

This is a funny film full of unexpected twists. In a tiny Irish town, Ned Devine purchases a winning lottery ticket worth millions. The excitement proves too much for him and he is found the next morning dead in his bed with the ticket clutched in his hand. The entire town hatches up a scheme to contact the lotto office and have a “sit-in” Ned take his place and claim the winnings. By fooling the officer and claiming the winnings the entire town will share the substantial winnings. The things these people have to go through to fool the lotto officer is hysterical. Ned Devine is played by the late Ian Bannen and the stand-in to collect his winnings is played by the late David Kelly. This is a 5-star performance in our opinion.

If you are a fan of dark comedies, this is a movie you will enjoy. This is the story of Alice Klieg, starring Kristen Wiig. Alice has a borderline personality disorder and she promptly goes off her meds when she hits the lottery to the tune of $86 million dollars! Following in the shoes of her idol, Oprah Winfrey, Alice pays for her own talk show. Instead of a talk show about current events, Alice wants a talk show that is all about her favourite subject which is, herself. This is a funny film and it is full of the unexpected. While the show is a flop, she has viewers who just cannot turn away. You have to see this to believe it.

This movie is a teen comedy featuring Naturi Naughton (Bow Wow) and Brandon Jackson. It is not the best movie in the world and some of the jokes are a bit old, but it will still brighten your evening.

The story is about an unemployed American rapper from the projects who wins the lottery to the tune of $370 million dollars, But, it is a holiday weekend and he has to keep the ticket secret and secure for the next three days until he can cash it in. He soon finds out keeping a secret is not so easy. The adventure of keeping the winning ticket is too funny to miss.

This film is unusual for a lottery movie. This film is a thriller and it is based on a true story. It has a great cast including Ryan Reynolds, Matthew Lillard, Erik Palladino, and James Earl Jones.

In this plot, Erik Palladino, who plays Tepper, finds a lost wallet and decides to return it to the owner.

He calls the phone number he finds in the wallet and gets an answering machine. He leaves his address and phone number on the machine so the owner can pick up the wallet. It’s only after doing this that he realizes the wallet contains a winning lottery ticket worth $6 million.

Even though he is a dedicated lotto player, Tepper is also an upstanding guy. So he is torn between returning it and cashing in on the jackpot. The events surrounding his life make it even tougher for him to make up his mind.

That night, he plans to propose to his girl, and also play poker with his friends who all have some major financial problems. After a talk with one of his friends, he decided to throw the wallet away and keep the lottery ticket.

But as soon as they start the poker game, James Earl Jones, who plays Avery Johnson, the wallet owner, shows up. You’ll have to watch it to see how it ends. It is worth the watch.