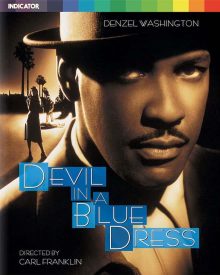 Carl Franklin began his career as an actor, working initially on stage before moving onto TV and a couple of film roles. After a while though, he developed a taste for directing and, in his late-30s, enrolled in the AFI Conservatory in Los Angeles, obtaining his M.F.A. degree in directing in 1986. He jumped straight into work after graduating, directing a few films for Roger Corman before making his big break with the critically acclaimed neo-noir One False Move in 1992.

The film did better business than expected too, after almost going straight to VHS. That success helped Franklin be able to follow up One False Move with Devil in a Blue Dress, another noir, but this time a period piece with a notably higher budget of $22 million and a big star in the shape of Denzel Washington. Based on the first of a series of popular crime fiction novels by Walter Mosley, its producers likely saw the film as the start of a franchise.

Unfortunately, though receiving largely positive reviews, Devil in a Blue Dress was a commercial failure. Over the years, the film has fallen off the map due to this, but it’s one I can remember seeing back in the day and enjoying quite a lot. So, I was thrilled to hear Indicator were going to be adding Devil in a Blue Dress to their roster of fine Blu-ray releases. I dove in to see how it held up. 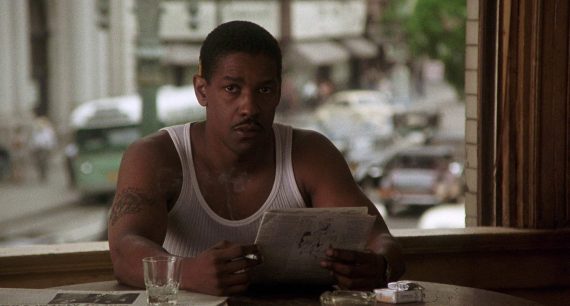 The film is set in 1948 Los Angeles and sees Washington play Ezekiel “Easy” Rawlins, a proud African-American homeowner that has just been laid off. Struggling to pay the bills, he’s forced to take a job for a shady white character, DeWitt Albright (Tom Sizemore) who his barman friend Joppy (Mel Winkler) introduces him to.

Albright asks him to find Daphne Monet (Jennifer Beals), the missing girlfriend of mayoral candidate Todd Carter (Terry Kinney). The politician has had to drop out of the mayoral race due to Monet’s disappearance, so is keen to find her and hired Albright. Monet reportedly frequents black nightspots, so Albright thinks an African-American like Rawlins would have better luck finding her than him.

Rawlins takes on the job and heads to a local juke joint to find some leads. He finds one from his friend’s girlfriend, Coretta (Lisa Nicole Carson), who entices him into bed that night. When she turns up dead the next day, Rawlins lands in hot water and, as the plot thickens, he sinks ever deeper. 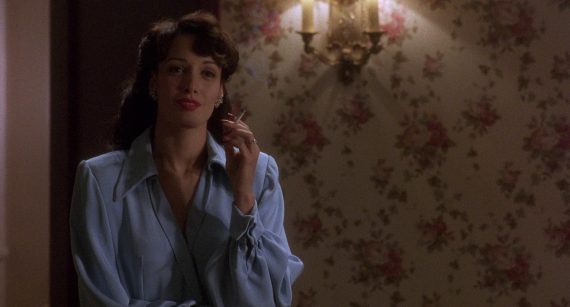 Before he’s totally swallowed up, however, Rawlins decides to take action and get to the bottom of the mystery he’s caught up in. He enlists the help of his dangerously unbalanced friend Mouse (Don Cheadle), who got him in trouble in the past but might be the only one he can now trust.

For the first portion of Devil in a Blue Dress and on the surface, in general, it seems like a straightforward film noir pastiche. The plot has a lot of Raymond Chandler in its complex web of schemes and traps. The idea of a decent man being lured into a dark world he can’t escape from through money and sex is a classic noir trope too. Some of the stereotypical stylistic flourishes of the genre also crop up, such as a first-person voiceover and an old-fashioned wobbly transition bringing us into a flashback, early on.

However, Devil in a Blue Dress has an extra layer that is apparent at the start but deepens as the film moves on. By making its noir hero an African-American trying to live out the American Dream, there’s a healthy dose of social commentary injected into the film. Rawlins isn’t simply seduced by wealth, he’s in desperate need for money because the racist system isn’t in his favour and he’s being manipulated by white criminals (whose strings are being pulled by politicians) to be a fall guy, simply because he’s black. One of the film’s major twists towards the end adds yet another layer to this too, adding a potent reminder of the state of race relations at the time. 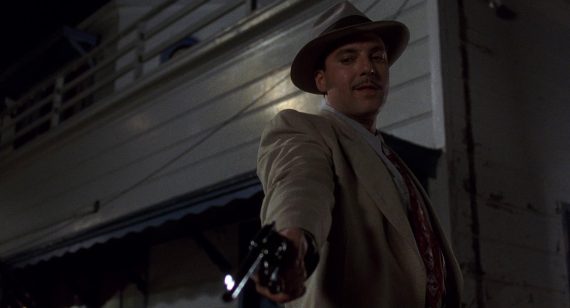 This sad climax to one major thread is followed by a more uplifting and hopeful note though, to end the film. We’re shown the happy, close-knit and comfortable suburban black neighbourhood in which Rawlins lives, pointing towards positive changes slowly being made. With the Black Lives Matter movement in force today, there is still a way to go, but films like this remind us that at least some progress has been made over the past 70 years.

The film never overplays its social commentary though. It’s always there but we don’t get any impassioned speeches or blunt messages, driving it home. The narrative and characters take centre stage instead, as they should.

Away from its subject matter, looking at the film from a technical standpoint, it’s polished to perfection. The writing is excellent, delivering an incredibly engrossing story that smoothly rolls along and never loses its way. Franklin’s direction is assured too, delivering a thick atmosphere whilst also keeping characters and plot at the forefront. The film is shot beautifully by the great Tak Fujimoto (Silence of the Lambs, Badlands), avoiding noir cliches by often keeping the film bathed in sunlight. Elmer Bernstein provides a classic score too, aided by some wonderful blues and jazz music from the era. 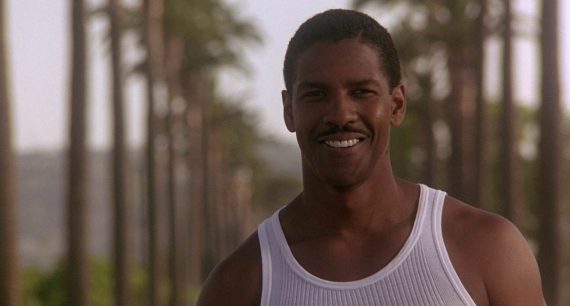 The production and costume design is also first-rate, perfectly capturing the mood and feel of the period. Supposedly, Franklin made the most of his fairly modest budget with a couple of busy street scenes. He used the same street set for 3 such sequences, shooting them all in one day but redressing the set and shooting from a different angle each time to make it look different.

The performances impress more than anything though. Washington is one of the finest actors of his generation and his star power shines through here, portraying the strength, vulnerability and charisma required for the part with ease. Some of the supporting players almost steal the show though, with Sizemore proving a suitably frightening villain and Cheadle offering an unusual, likeable but unhinged take on his key character. Mouse only shows up a little after the mid-point of the film but he makes a big impact. 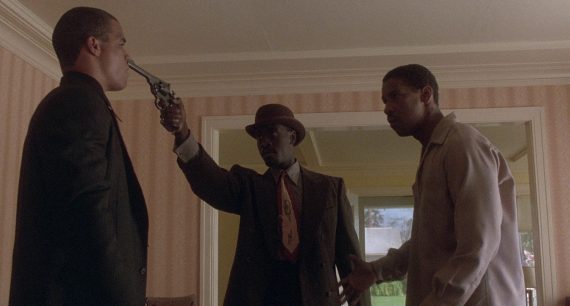 Overall then, Devil in a Blue Dress is a genuine class act, through and through. It looks great, sounds great, boasts many fine performances and an expertly told story, as well as squeezing in plenty of social commentary without labouring the point. It’s a woefully under-appreciated film that I’m glad Indicator has given a new lease of life to. One False Move next please!

Devil in a Blue Dress is out on 14th December on Blu-Ray in the UK, released by Indicator. The picture and audio quality are immaculate. The image is pin sharp and rich with detail. Colours look natural too and the audio is equally faultless.

It’s not a great deal of material in comparison to some of Indicator’s releases, but what is here is of a high standard. Franklin’s commentary is particularly good, with a steady flow of interesting facts about the production, where his inspiration came from and other such nuggets.

The interview with Franklin is a warm and affection chat. It takes place during a film noir festival in which Devil With a Blue Dress is being screened and Franklin seems genuinely honoured to be part of the festival and has plenty to share about his career and a little about Devil in a Blue Dress in particular.

The Don Cheadle screen test is a nice addition too. He had worked with Franklin on one of his student films, so they knew each other from a while back. He does a great job, despite Washington and Franklin almost sabotaging it a few times when they break into laughter.

The booklet is as excellent as ever too, being crammed with essays, interviews, period reviews and even an extract from the original novel.

So, an easy recommendation.