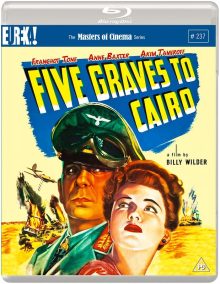 Hot on the heels of their release of A Foreign Affair in June, Eureka are giving another unfairly neglected Billy Wilder film their Masters of Cinema treatment, with a Blu-ray edition of Five Graves From Cairo heading our way this month. I say neglected, but Five Graves, which was only Wilder’s second Hollywood film as director, has achieved some recent fame after Quentin Tarantino listed it among his ten favourite movies of all time (when compiling a top 11 for Far Out magazine). Tarantino and Wilder might seem like an odd pairing at first, but both write witty dialogue for their characters in talk-heavy films and both are adept at crafting well-constructed stories.

Another thing Five Graves, in particular, has in common with the work of Tarantino (or at least a couple of his more recent films), is that it takes characters and situations from history and gleefully writes its own completely fictionalised story around them.

The film is set just after the capture of Tobruk by Field-Marshal Rommel in June 1942 (which shows how quickly the film was turned around as it was released in early 1943 while the North African campaign was still ongoing). It opens with a tank filled with seemingly dead soldiers driving through the desert of its own accord. We discover one of its crew is still alive though. Cpl. John J. Bramble (Franchot Tone) manages to get out of the tank and traipses across the desert, looking for civilisation.

He comes across the Empress of Britain, a small hotel out in the middle of nowhere owned by Farid (Akim Tamiroff). Sunstroke has impaired the Corporal’s senses and he stumbles in, talking to invisible captains and generals, believing he’s walked into base. Farid and maid Mouche (Anne Baxter) get him some water and lay him down, but the hotel is swiftly taken over by a troop of German soldiers, led initially by Lt. Schwegler (Peter van Eyck). He manages to evade them, aided by Farid, before he comes to and hides in a desk compartment, then sneaks out of the room. 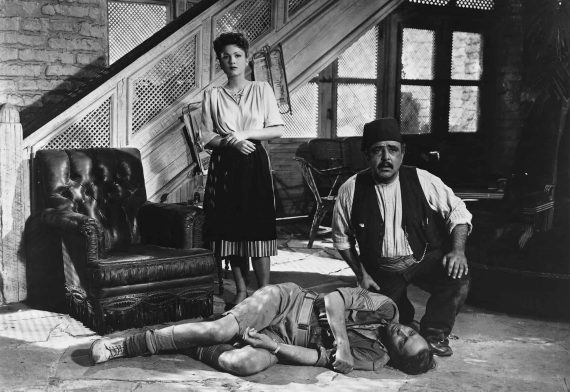 Bramble has to think fast and assumes the identity of Davos, another member of the hotel staff who has been killed by German bombs that fell the night before. Schwegler has been told this latter fact, but Bramble informs him he was covered in rubble but managed to dig his way out.

A further twist in the tale soon comes though when we find out Davos was actually an undercover German agent, so Bramble has an extra level of deceit to manage. Then, to amp up the drama yet again, none-other than Field-Marshal Rommel (Erich von Stroheim) shows up to stay at the hotel with the troops. This gives Bramble a new mission. Rather than simply try to escape, he wants to kill Rommel on his way out.

This quest is further complicated when Mouche explains she needs Rommel alive, as she wants to seduce him into freeing her brother from a concentration camp. Then the stakes are altered yet again when some British prisoners of war are brought to the hotel. This causes a problem initially in the fact that one of the colonels (played by Miles Mander, whose appearance here reportedly helped inspire Operation Copperhead wherein an actor was used to double for General Bernard Montgomery) knew the real Davos so spots the fake immediately. Bramble manages to keep the fact from getting out though and the colonel gives him a new mission, to use his unique undercover status find out what military secrets Rommel has up his sleeves. Bramble’s chance comes when he is informed about the titular ‘five graves to Cairo’, yet he still needs to decipher exactly what that means. 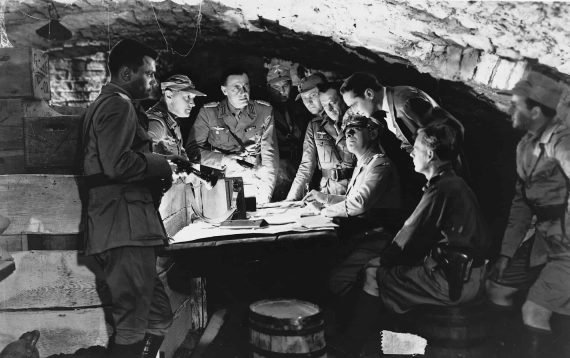 So, there’s a lot to juggle in the story, which was adapted from a play (set in WWI) called Hotel Imperial. Writers Wilder and Charles Brackett (who were regular collaborators in the late 30s and throughout the 40s) completely dismantled the original story, as well as the setting, to produce something largely their own. The pair show their great skill at writing in how they perfectly balance the various twists and turns the story takes and keep it flowing along beautifully without ever feeling overly complex. Wilder must be given extra credit for this, as he’s a master at visually cueing up important props and details early on that will come into play further down the line. This allows for a swifter pace and little need for lengthy exposition.

As you’d expect from Wilder and Brackett, the dialogue is razor-sharp too and there’s plenty of comedy, despite the war-movie trappings and serious tone taken towards the central drama.

Wilder also proves adept at handling tension, with a handful of nailbiting sequences that rely on situation and character to wring it out, rather than any explosive or violent thrills. There is a bit of action in the final act though and Wilder does surprisingly well with it, keeping it intimate and tense, making good use of sound in particular. His careful setting up of the geography within the film’s world helps drive this sequence too. 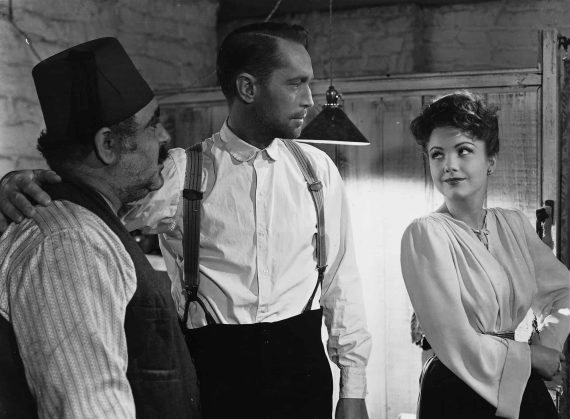 Bracket and Wilder were not happy with all of the cast though. In particular, they weren’t fans of Tone, who they found too cold to pull off the romance that blossoms between Bramble and Mouche later on. Tone was an early method actor where Bracket and Wilder were more interested in old-fashioned character actors who excelled in often big portrayals of a single type of role. They weren’t too happy with Fortunio Bonanova either, who plays a flamboyant Italian general, as they felt he was rather hammy, leading to some reshoots (though reportedly the producers loved the original footage).

Personally, I was quite happy with the cast. Tone isn’t the most charismatic or lovable lead, but he makes a convincing soldier in a sticky situation. Von Stroheim is the standout here though. He may not deliver an accurate portrayal of Rommel, but he has a lot of fun with the role, turning him into a vain and pompous character that loves to boast about his military genius but still has frightening authority.

Overall then, it’s a gripping wartime thriller with Wilder and Brackett’s wit and refined storytelling fully intact. With a cracking pace, expertly wrought-out tension and an enjoyable yet effective villain, it deserves a place among Wilder’s best. 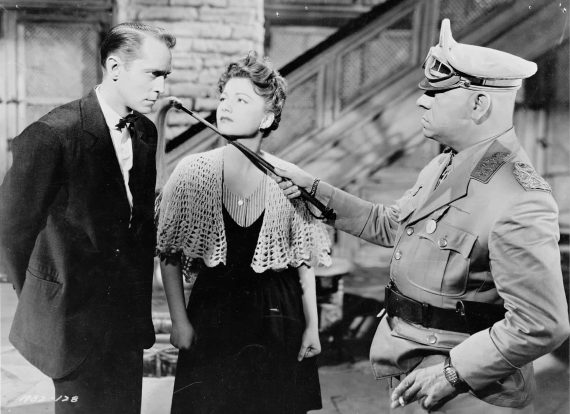 Five Graves to Cairo is out on 17th August on Blu-Ray in the UK, released by Eureka as part of their Masters of Cinema series. The picture quality is great. It’s a clean and detailed image. I only noticed one bit of damage, flashing up right at the edge of the frame briefly. Audio is solid too.

Adrian Martin’s commentary is excellent as always. He thoroughly analyses the film and throws in plenty of interesting bits of information about the production, largely coming from Brackett’s diaries.

The Billy Wilder interview is a clip taken from a documentary previously included on one of Eureka’s Wilder discs (I forget which one) but it’s still worth revisiting.

The Lux Radio Theatre episode is a nice touch, though it includes a lot of the same cast so is less curious than some of the recast episodes Eureka have included in the past.

The booklet is excellent as always. Richard Combs’ piece provides thoughtful analysis, Simon Ward examines how the film influenced the work of Quentin Tarantino and the archival article is a fun but still informative piece on Brackett and Wilder, their history and personalities.